Bob Barr: The Real Tragedy of Eric Garner’s Death, and Where the Debate Should be Focused

Bob Barr: The Real Tragedy of Eric Garner’s Death, and Where the Debate Should be Focused 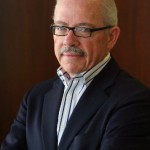 The Real Tragedy of Eric Garner’s Death, and Where the Debate Should be Focused

“I’m minding my business, officer,” pleads the man on the video. “Please just leave me alone.” Minutes later the man, confronted by police for allegedly selling “loose” cigarettes, would be placed in a chokehold and wrestled to the ground, eventually dying from injuries sustained by the restraint.

The video recording of Eric Garner’s death is deeply disturbing, and has once again stoked protests and fiery debates about police tactics and racial biases. However, focusing the anger and debate on racial bias or specific actions by individual police officers, misses the broader and far more important public policy issues raised by this case: the over-criminalization of our society, and the use of the law enforcement power of the state to regulate commercial actions and raise government revenues.

Make no mistake — whether Garner was targeted because of his race and whether the officers who confronted him employed excessive or improper force, are important issues. And both should be debated and addressed within the context of civil and criminal laws and procedures.

But neither of these questions addresses the far more important issue of why we as a society have clothed police with the authority to consider it within their power to arrest someone for engaging in such a trivial act. Ultimately, it is not so much the police officers who should be the focus of this debate and of our concern; it is ourselves.

If left unanswered, the questions about over-criminalization and abuses of police power to regulate commercial activity and raise revenue, threaten to overwhelm the fundamental principle on which our nation was founded — that government exists to protect Liberty. Unfortunately, what the Garner and so many other cases have come to reflect is the warped principle that the police power of the state exists to protect government.

How bad this problem has become is illustrated in the growth of the federal criminal code. Just three decades ago, a Justice Department study of the U.S. Code estimated there to be approximately 3,000 criminal offenses. In the years since, the Congress has added nearly 1,500 more crimes to the books. And this does not include the thousands of state and local offenses, or the thousands more regulatory edicts with which individuals and businesses are forced to comply.

While many Americans may believe it is easy to stay out of trouble with the law, and thus avoid confrontations with police, prominent civil rights attorney Harvey Silverglate notes in his seminal work, Three Felonies a Day: How the Feds Target the Innocent, this is a myth. Silverglate’s well-documented research into abuses of police and prosecutorial powers establishes that there are so many different and confusing criminal and regulatory laws on the books, that the average person in America cannot make it through a normal day without running afoul of at least three government “gotchas.” As Silverglate correctly concludes, this is no accident. “As a civil liberties matter, a government which has the ability to prosecute innocent citizens at will, is a government which has achieved the power that has characterized all tyrannical governments throughout history,” says Silverglate.

As documented further by Silverglate, despite the sometimes trivial or often technical nature of offenses charged, the laws and regulations on which such prosecutions are based are sufficient to empower the government to use its vast law enforcement powers to control whoever they want whenever they want. This applies whether it is a single citizen attempting to sell something as innocuous as a cigarette on a street corner, or a physician who has prescribed to a patient more of a government-controlled drug than federal or state drug agents have decided is appropriate.

In a broad sense, and as philosopher and noted author Ayn Rand opined more than half a century ago, since there is no way to absolutely control free men, government simply declares so many things “illegal” that it makes it impossible for citizens not to break the law.

Back in the 1930s, federal agents had to spend seven years engaged in creative thinking and investigating in order to find a way to bring to heel Al Capone’s vast criminal empire; finally settling on the then-novel use of the federal tax code. In 21st Century America, federal agents can choose from a lengthy (and ever-expanding) menu of regulatory and criminal offenses on which to easily and quickly build a case against someone as big as an Al Capone or as small as an Eric Garner.

It is not only the incessant drive to control people and businesses that fuels the engine of over-criminalization. Government at all levels has become so big and so costly, that revenues are never deemed sufficient to meet those perceived “needs.” Hence, the drive to find ever more creative – and liberty-stifling – ways to bring in more revenues; such as outlawing the selling of a cigarette by one person to another as a way to ensure such “commercial transactions” are taxable and taxed.

This expansion of police and regulatory powers reflects the unhealthy crony relationship between businesses seeking favors through tax breaks or government-mandated monopolies; the violation of which then leads often to criminal prosecutions.

Ultimately, of course, it is we the people who elect and reelect to public office the legislators, governors and presidents who both expand and abuse the powers to which their oaths of office were sworn. Let us not squander the current opportunity to seriously debate and reform these fundamental problems, by refusing to see the forest for the trees.