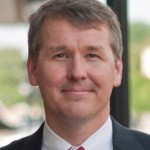 “Congress and the American people have debated a number of different paths to try to hold President Obama accountable for his executive overreach.  While there is still disagreement on which path is best, the path that we took in the House tonight is the first step to get us there.  First and foremost, this bill holds the line on spending, implementing a spending level that is even lower than the one proposed in the original ‘too conservative to pass’ Paul Ryan budget.  Additionally, the bill implements conservative priorities such as an increase in pay and funding for our troops, as well as accountability measures for the IRS and EPA.”

“While the bill implements restraints on executive overreach in many areas, it could not turn off the funding stream that the President intends to use for his executive actions on immigration.  As conservatives, we have all been very frustrated by recent attempts at unilateral lawmaking by the Obama Administration.  There is a misconception, however, that if we shut down the government that we can prevent him from acting.  A government shutdown can’t stop him.  His actions are funded with money that he raises through fees, so regrettably he can and will continue his unilateral efforts whether the government is funded or not.  We must find another way.”

“Rather than having  America’s attention focused on a government shutdown, we can shine the spotlight on the President’s egregious executive actions.  By funding most of government for the long-term, but limiting funding to two months for the Department of Homeland Security—the agency planning to implement the President’s unilateral action—we will be able to narrow the entire funding conversation for the new Congress to this one department.  The House, with a willing partner in the Senate having been sworn in, can then begin to move legislation to stop this President’s actions.  With smart, targeted bills we will partner with the American people to restore Constitutional order.”

“Having a willing partner in the Senate isn’t ‘something’; it is ‘everything’.  The House passed its funding bills beginning last May;  but the Senate never passed a single funding bill all year. The American people can be certain that the new Senate sworn in this January will not repeat the current Senate’s inaction.  The House can neither run the government nor rein in the President alone.  Help is on the way in January, and it isn’t coming one day too soon.”

Woodall represents the Seventh Congressional District of Georgia, which includes the majority of Gwinnett and Forsyth counties, and currently serves as Chairman of the Republican Study Committee.