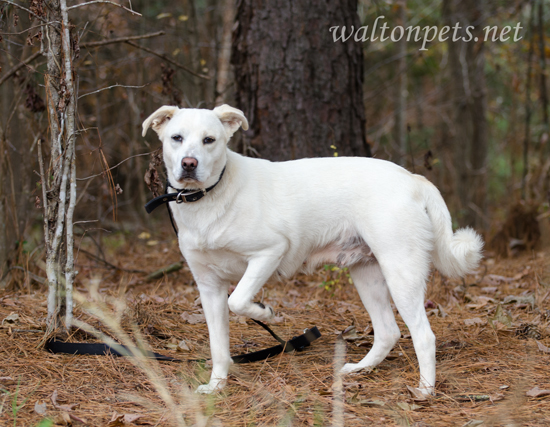 Blaze is a one-year old female Yellow Lab mix who looks tough, but is sweet and tender as can be. She is a little nervous in the loud kennel, so she’ll snuggle into your lap.  In a quieter area she’s a social and friendly girl.  She interacted well with another larger dog and showed no aggression toward a cat.  She isn’t very big, just 45 pounds.  She has a cute corkscrew on the end of her tail. Blaze is available for adoption from the Walton County Animal Shelter in Monroe, Ga. 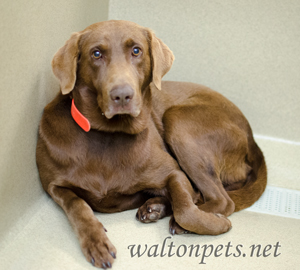 Zeke is a 4-year old, 70# Chocolate Lab who is available for adoption from the Walton County Animal Shelter in Monroe, Ga. He doesn’t really like it in the loud kennel and just sits in the corner. Maybe he wasn’t socialized too well, but he doesn’t show any aggression toward people or animals.  He is a bit reluctant to walk on leash indoors, but is much more comfortable outside and opens up more. He’ll wag his tail, come up to you, and walk on the leash when outside the kennel. He’ll do just fine with some socialization and TLC. He interacted with another dog and did fine. He did some sniffing and tail wagging, but was mainly disinterested. 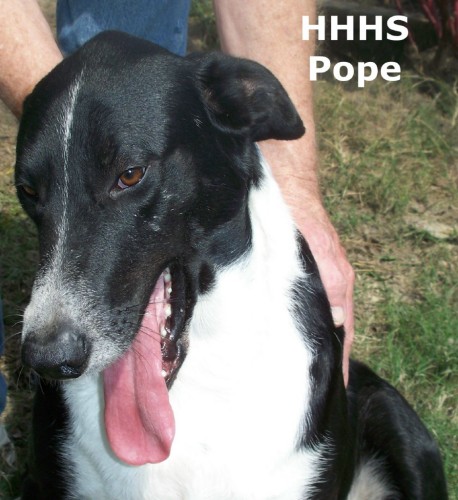 Pope is a a 3/5-year old  greyhound/lab mix. He is the last dog from a litter of 12 that still needs a forever home. Pope is a SPECIAL NEEDS dog. He has Diabetes Insipidus. This means is that Pope drinks a LOT of water and pees a lot. His sugar levels are just fine. He is fat and healthy but he will need to be an outside dog. Pope is also heartworm positive but is receiving monthly Heartguard. He is very loving and wants to be somebody’s treasured companion. Pope is available for adoption from Helping Hands Humane Society in Crawfordville, GA. 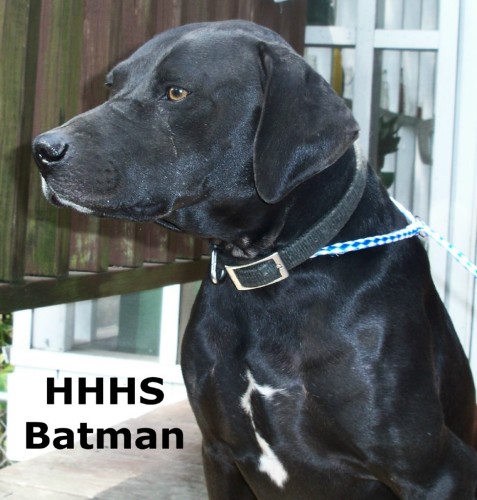 Batman is a 3.5 year old male Black Lab and Hound mix who was picked up at Alexander Stephens State Park in Crawfordville in October 2009 after Helping Hands Humane Society got a call from the park rangers. He was SO emaciated that he was just skin and bones. When he crouched down, his bony legs jutted up over his body and he looked very much like a bat…hence the name. Batman has been in foster care and is now shiny and healthy. He is a lab mix, we estimate about 3 1/2 years old. He’s been an outside dog but loves to go on leash walks. He is a high energy dog and would love a BIG fenced yard in which to run. He is people oriented, gets along with his yard dog friends but doesn’t like cats. He may take a little while to get used to you but would be a devoted animal companion once you gain his trust.

Batman is available for adoption from Helping Hands Humane Society in Crawfordville, GA.