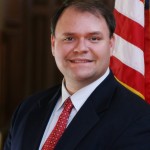 Child sexual abuse is a secret crime that murders a child’s soul, and child sexual predators will always live among us.  One in four girls will become victims, while one in six boys will suffer the same fate.  Child sexual predators are often individuals who are close to the child victim, whereby those close relationships make a predator’s identity difficult to expose in the communities where they live.  Predators could be a close family friend, a pastor, a priest, a coach, a teacher, a doctor or even a parent.  Many times, the child who is victimized never reports the crime for fear of not being believed by adults.  Other times, child victims are so young that they are unaware of what acts are being done to them and lack the verbal capacity to describe the act, leading many victims to act out harshly or engage in other destructive behaviors as they age.  Typically, it is not until well into adulthood that the survivor of the ordeal has the ability to confront their perpetrators.  However, in the state of Georgia, by the time survivors of child sexual abuse are ready to seek justice, they are locked out of the court rooms because of our law’s short civil statute of limitations (SOL).

In a recent 50 state survey of civil statute of limitations for child sexual abuse, Georgia was ranked one of the worst states in the country.  SOLs are simply arbitrary deadlines set by the state legislature for going to court.  Short civil SOLs can serve a good purpose and force litigants to go to court quickly before evidence is stale or becomes lost, as might be the case in a property dispute.  However, short SOLs can be unfair barriers to justice.  For example, murder in Georgia has no SOL because of the crime’s heinous nature.

In Georgia, the current law allows child predators to hide behind its short civil SOL.  Child predators know that Georgia’s current law only allows a victim five years from the age of 18 years to make a claim against the perpetrator in court.  Negligence claims against responsible third parties for allowing the abuse to occur still fall under outdated personal injury statutes, with an SOL of only 2 years from 18 for the victim to file.  This dichotomy further hurts survivors as they cannot reasonably be expected to be aware that there are multiple applicable statutes for the same crimes committed upon them.

All of the research shows that child sexual abuse victims will not openly identify their perpetrator until they have reached adulthood, usually in their 40s and 50s.  For that very reason, the state of Georgia removed the SOLs on criminal prosecutions of child sexual abuse in 2012 in its criminal justice reform proposal passed by the General Assembly.  The General Assembly must now put the civil law on the same parity with the criminal law when it comes to identifying child sexual predators.  Therefore, child sexual abuse should be treated like an SOL for murder, not like a property dispute.  We need to shift the balance from enabling predators to protecting children.

In the upcoming 2015 Legislative Session, I will be introducing the Georgia “Hidden Predator Act,” or House Bill 17.  This bill will provide a meaningful 30 year extension to the civil SOL for child sexual abuse claims, essentially giving a survivor up to age 53 years to file a claim in civil court going forward.  This will allow the halls of justice to open to current victims and allow them the time they need to seek justice in the courts where they were once barred from entering.  The SOL extension will also bring the names of perpetrators into the pubic, and they will no longer be hidden.

In addition, there will be a retroactive component to the bill called a “window”.  This bill will include a two-year “window” that will enable sexual abuse survivors whose civil claims were blocked by an extremely short SOL in the past.  Only extending the civil SOL going forward is insufficient to expose child sexual predators.  Providing a retroactive “window” empowers victims who have been shut out by the current law to identify perpetrators.  This approach is the only legal option to permit survivors whose claims have already expired.  The civil “window” allows society to expose as many perpetrators’ names to the public as possible.  Serial child sexual predators will molest up to 400 victims, or more in extreme cases, in their lifetimes.  This reform I am proposing to Georgia’s current policy makes it clear that society’s priority is the victim and not the perpetrator or the institutions that harbor them.

Although the current law forecloses revival of previously barred civil claims, that is a legislative choice.  Reviving a criminal SOL is unconstitutional, but civil claims can and should be revived because it is the only path to justice for the survivors who have expired SOLs.

Finally, the “Hidden Predator Act” will amend current Georgia law to allow victims (or their legal guardians) to access police and other investigation records where the victim is the subject of a reported child sexual abuse investigation.  Current Georgia law bars the victim or their guardian from accessing these records.  With the proposed reform, many child sexual abuse survivors who have been locked out of the courts due to expired claims will be able to access these records to use as evidence in civil court against their perpetrators.  The current law continues to favor the perpetrator and not the victim of child sexual abuse.

Both criminal prosecution and civil actions are significant ways which validate the survivor and expose the truth to the public.  With the recent 2012 criminal justice reform proposals removing the criminal SOL on child sexual abuse cases, coupled with the civil reforms in the Georgia “Hidden Predator Act,” child sexual predators will have a difficult time hiding in Georgia.  As a result, the priority will be to extend real justice to victims instead of enabling monsters to continue to prey on society’s most vulnerable.  Georgia’s children and families need and deserve the Hidden Predator Act.  This reform is a stern warning to child sexual predators: don’t tread on Georgia’s children.