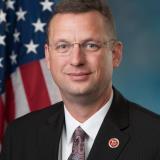 I’ve heard from a lot of Northeast Georgians who are outraged about what President Obama is doing with his executive action on immigration.

Executive action granting amnesty to millions of illegals is President Obama taking out his anger on the American people for rejecting his agenda through the due process of elections two weeks ago. He’s had six years to work with Congress, two of those years with his party in total control of Washington, on constructive, compassionate, and fair immigration reform.

His singular action defies all three of those principles.

Those who are in the United States illegally should be deeply concerned about the president’s intentions.  So many immigrants come to this country from places where the rule of law and the will of the people are defied.  That President Obama has taken it upon himself to do the same thing with his executive order should be as troubling to them as it is for the millions of law-abiding citizens who have trusted this man to uphold the Constitution.

The majority of the People’s House will fight this because it is wrong. It is political retribution under the false guise of compassion, and it is yet another abuse of power the branch of government closest to the people will have to resolve.

To make sure I’ve heard your views on this, please feel free to e-mail me here.