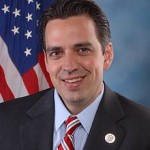 U.S. Rep. Tom Graves (R-GA-14), a member of the powerful House Appropriations Committee, was selected today to serve as chairman of the Subcommittee on the Legislative Branch for the 114th Congress.

“I joined this committee because of the unique opportunity to fight for taxpayers and reform the federal government,” said Rep. Graves. “I want the Appropriations Committee to be known as a place where taxpayer dollars are saved, not spent. As the Legislative Branch Subcommittee chairman, I’ll have a prime opportunity to walk the conservative talk. It’s an honor to have Chairman Rogers and the House Majority entrust me with this major responsibility.”

Rep. Graves was elected to the House in 2010 and joined the House Appropriations Committee at the start of the 112thCongress in 2011. It is rare for a House member to ascend to a subcommittee chairmanship after just four years, particularly on the Appropriations Committee, which is considered one of the most influential congressional committees due to its power over federal spending. The Committee has cut over $165 billion in federal discretionary spending since Rep. Graves joined.

The Legislative Branch Subcommittee has jurisdiction over expenditures for the House of Representatives, Capitol Police, Library of Congress, Government Accountability Office, Government Printing Office and other related areas.