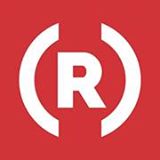 Following President Obama’s announcement that he will use Executive Order to prevent the deportation of millions of illegal immigrants, Georgia Republicans issued the following statements:

“Tonight, President Obama once again proved that he’s more concerned with advancing his own personal agenda than the will of the American people,” said Georgia Republican Party Chairman John Padgett.  “Americans deserve a robust debate on immigration reform, not a swift edict from a ultra partisan, power hungry president.”

“For the millions of fellow Americans of foreign descent just like us, becoming an American citizen was the capstone moment in their journey in search of freedom and opportunity,” said businessman and Republican activist Baoky Vu.  “I am sure that they, like me, are unsure what to make of President Obama’s executive action on immigration.  The spectrum of feelings range from being cheated to being ignored.”

“Representative democracy is the cornerstone of America’s freedom,” said Leo Smith, Georgia Republican Party Minority Engagement Director.  “Americans want solutions to this country’s immigration crisis made in Congress after robust debate and discourse, not by one person with the stroke of a pen.”

“I am disappointed with President Obama’s decision to bypass Congress on immigration in America through Executive Order,” said Alex Gimenez of the Georgia Young Republicans. “It’s up to the American people through Congress – not the Executive Branch acting alone – to decide how we reform the broken immigration system in place.”