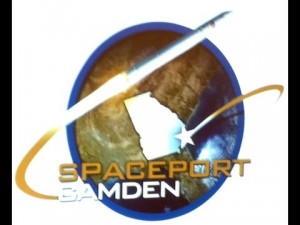 Georgia: The Next Great Space State

Georgia is a great aerospace state with more than 800 companies and 88,000 workers in some aspect of the business.  We are a world leader in aerospace exports and have many of the world’s leading aerospace companies.  When analyzing these capabilities, however, we find that our strength is in the aeronautics side of the ledger, but we also have great assets and capabilities on the astronautics side that have not been explored, developed or marketed.

Most Georgians don’t know or remember that in 1960, when NASA was looking for a location for the nation’s launch facility, Georgia was on the short list, but NASA picked Cape Canaveral.  What has happened to the area surrounding Cape Canaveral since 1960?  It was a sparsely populated ribbon of sand with alligators, sea grass, mom and pop businesses and 17,000 people in the entire county when it was chosen by NASA.  Today, it is a thriving developed area with high tech businesses, homes, churches, shopping, highly educated people in high paying jobs, a nation leading tourist trade, and 700,000 people.  In short, that area has gone from a nearly vacant lot to a national treasure.  That could have been Georgia.

Camden County is now working on creating Spaceport Camden on a property that many in the commercial space industry call the finest property in the country for a fully commercial spaceport.  It has every single characteristic required by commercial space companies.  It is remote, but not too remote.  It has cities with city amenities nearby.  It has all necessary infrastructure such as roads, power, fiber and water.  The location is coastal with launch capability immediately over water.  It also has a large area for manufacturing, a 5-Star resort complex and a world-class conference center nearby.  Combine that with the assets that have made us a leading aeronautics state, and you have hit a bottom of the 9th, come from behind, bases loaded, towering home run.  In the 1960s, the largest engine rocket was tested in Camden County, and we made history then.  Let’s make history again by developing a world class spaceport that will create a competitive advantage for Georgia to become the leader in the aerospace marketplace.

It is imperative that we recognize this opportunity and set a direction for Georgia as a space state.  Will there be risk?  Will there be costs?  Sure, but anything worthwhile has risks and costs.  The costs of creating Spaceport Camden are actually relatively low, but the benefits to Georgia are potentially enormous and certainly worth the risk.

Think back to our founding.  Our state is here because General Oglethorpe and those who came with him took a risk, saw an opportunity, accepted the challenge of sailing uncharted waters and built for us a state that today is one of the fastest growing in the nation: a state with great people and great potential.

In the early days of the space race the U.S. was behind Russia.  Today, Georgia is behind Texas and Florida.  Hopefully we do not intend to stay behind and over the next year to 18 months, we have to make up time and move ahead.  Do we see the opportunity?  Will we accept the challenge?  If so, it will take unwavering determination and political will.

We have the opportunity to create the “Silicon Valley” of Georgia in our southeastern corner of the state that is sometimes forgotten about, which is poised to become the Cape Canaveral of commercial space.  Many years ago William Jennings Bryan said, “Destiny is not a matter of chance; it is a matter of choice.  It is not a thing to be waited for; it is a thing to be achieved.”

We have been given a second chance to bring high tech jobs, high tech companies and all of the spin-off jobs that come from those new enterprises to our state.  Perhaps becoming a space destination is our destiny.  Why else would we be perfectly placed at the perfect time with the perfect resources?  We have a choice.  Achieving that destiny of becoming a space destination begins right now.  There is a small window of opportunity, and we cannot have our children and grandchildren reap the benefits of this decision tomorrow if we do not make the decision to press forward today.