From Secretary of State Brian Kemp 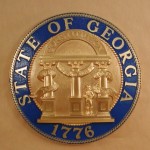 Notice is hereby given that a special election shall be held in portions of Fulton county to fill the vacancy in District 50 of the State House of Representatives on January 6, 2015.  A run-off election, if needed, shall be held on February 3, 2015.

All persons who are not registered to vote and who desire to vote in the special election must register to vote before the close of business on December 8, 2014. Polls will be open from 7:00 a.m. until 7:00 p.m. on Tuesday, January 6, 2015.

Brian Kemp has been Secretary of State since January 2010. Among the office’s wide-ranging responsibilities, the Secretary of State is charged with conducting secure, accessible and fair elections, the registration of corporations, and the regulation of securities and professional license holders.