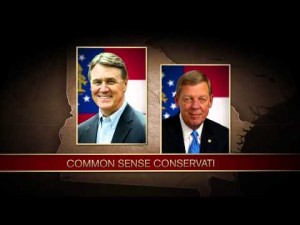 Isakson on Senator-elect Perdue: ‘He Will Make Georgia Proud’

“I congratulate Senator-elect David Perdue on his decisive win in Georgia. I welcome the opportunity to have another businessman from the private sector serving in the United States Senate with me, and I look forward to working together in a new Senate majority on behalf of Georgians. I know that what Senator-elect Perdue said in his victory speech last night is true — he will make Georgia proud.”