Warning: count(): Parameter must be an array or an object that implements Countable in /home/customer/www/gapundit.com/public_html/wp-content/plugins/modern-media-tweet-shortcode/ModernMediaTweetShortcode.class.php on line 144

King Charles I of England granted a charter for a new colony called Carolana that included much of present-day Georgia, along with the current states of North and South Carolina, on October 30, 1629.

Stephen Douglas of Illinois campaigned in Atlanta for President of the United States on October 30, 1860. Douglas had defeated Abraham Lincoln for United States Senate in 1858, giving rise to the Lincoln-Douglas style of debate.

Conley took the oath of office on Oct. 30, 1871. Two days later, the new General Assembly convened and elected a new Democratic president of the Senate, but Conley refused to give up the office. The General Assembly then passed a law over Conley’s veto to hold a special election for governor on the third Tuesday in December. In that election, Democratic House speaker James M. Smith defeated Conley and assumed office Jan. 12, 1872.

On October 30, 1938, a science fiction drama called War of the Worlds was broadcast nationwide in the form of a series of simulated radio broadcasts.

Jackie Robinson signed with the Brooklyn Dodgers on October 30, 1945, becoming the first African-American professional baseball player in the major leagues.

On October 30, 1970, a fastball from Nolan Ryan was timed at 100.9 miles per hour, putting him in the record books. On the same day, Jim Morrison of the Doors was sentenced to six months in prison and a $500 fine for allegedly exposing himself during a Miami concert. Morrision died before the case was heard on appeal.

This is the time of year when you can play campaign strategist like you play fantasy football. Simply pick the poll you like and then figure out what your candidate needs to make it happen. I’m over public polling for the rest of the election and will instead be watching turnout figures.

That said, here’s my ten-cent analysis.

RealClearPolitics has the Senate race tied up at 45.8% for Republican David Perdue and 45.3% for Democrat Michelle Nunn and 3.7% for Libertarian Amanda Swafford while the Huffington Post Pollster model shows a three-point advantage for Perdue at 46.5% to 43.5% for Nunn and 3.9% for Swafford.

The New York Times forecasting model says we have a 66% chance of a runoff in the Senate race.

In previous Senate runoffs, turnout varied between 55 and 57 percent of general-election turnout (in 2006, when the runoff was for the public service commissioner alone, turnout declined by a factor of 10). In other words, it’s less about attracting third-party voters to your side and more about voter motivation and get-out-the-vote efforts. It is doubtful that a likely-voter model designed for the general election will accurately reflect the composition of the runoff electorate as well.

The few head-to-head polls that have been released suffer from this same problem. The two-party preferences of the November electorate are next to irrelevant in trying to model the outcome of an election held among a very different set of voters.

The Washington Post column The Fix adds to the runoff analysis:

The runoff polls, for instance, apply the same electorate from Election Day to the runoff. And especially in Georgia, where the runoff is still more than two months away and turnout will be lower, it’s not a great measure. (Turnout in Georgia’s last two Senate runoffs — in 1992 and 2008 — has been between 81 and 84 percent as high as turnout in the following midterm elections.)

In addition, that drop in turnout almost always comes at the expense of the Democrats. The last five statewide runoffs have seen Democrats lose an average of nine points from their Election Day margins. In other words, if Nunn’s campaign were offered the same electorate Jan. 6 as Nov. 4, it would take it in a heartbeat. But that’s probably not feasible — especially given that this will be the state’s first post-New Year’s Day runoff.

In the Governor’s race, RCP shows Republican Governor Nathan Deal at 46.2% to Democrat Jason Carter at 44.2% and Libertarian Andrew Hunt with 4.3%. Huffington Post shows Deal 46.5% to 43.1% for Carter and 4.2% for Hunt. Nearly two weeks worth of public polls have shown Gov. Deal between 46% and 48% and I think he’s in solid shape to win without a runoff, depending on turnout.

That last line, “depending on turnout” usually constitutes “weasel words” that allow an analyst to walk back any incorrect predictions, but this year’s Democratic efforts have made turnout the number one question in the election.

Remember: if the Democrats are able to turnout sufficient voters to bring the African-American percentage to 32%, Democrats will win at least one of the top-of-the-ticket races.

Part of the bump in African-American percentage of early voting is due to last Sunday. Here’s the NYT graphic showing Sunday’s surge:

The Times also has an article about the polling problems caused by weighting. It’s good information.

Even if pollsters had perfect targets for weighting their sample, many public polls might struggle to adequately represent young and nonwhite voters. Response rates from some underrepresented groups have fallen so low that pollsters sometimes need to weight respondents from these groups several times over in order to meet their targets.

This creates a dilemma for pollsters. Overweighting a few respondents might cause a small and unreliable subsample to have too much effect on the overall result; falling short of weighting targets will cause some demographic groups to be underrepresented.

Perhaps as likely to bias a poll as any problem with the respondents or the weighting are the decisions pollsters make about who will vote. These decisions are known as the likely voter screen, and they can bias the results of an otherwise perfectly representative sample.

After taking a sample and weighting it, election pollsters exclude adults deemed unlikely to vote. Polls use a variety of questions to do so — including whether a person is registered, whether they’ve participated in past elections, how certain they say they are to vote, whether they know where their precinct is and whether they’re interested in the election. In general, likely voter screens tend to exclude more Democratic than Republican voters, because more marginal voters lean Democratic.

Likely voter screens are blunt, imperfect instruments. The assumptions underlying them are often no more than educated guesses. Postelection studies have found that many voters deemed “unlikely” in fact vote, and many “likely” voters stay home.

The net results of this, according to the Times, is that polling may systematically underrepresent young and minority voters.

But all the news is not bad. Millenials appear to be shifting toward the GOP according to a large-scale survey by Harvard University’s Institute of Politics.

A new national poll of America’s 18- to 29- year-olds by Harvard’s Institute of Politics (IOP), located at the John F. Kennedy School of Government, finds slightly more than half (51%) of young Americans who say they will “definitely be voting” in November prefer a Republican-run Congress with 47 percent favoring Democrat control – a significant departure from IOP polling findings before the last midterm elections (Sept. 2010 – 55%: prefer Democrat control; 43%: prefer Republican control).

The cohort – 26% of whom report they will “definitely” vote in the midterms – appear up-for-grabs to both political parties and could be a critical swing vote in many races in November.

I first heard about this poll last night on GPB’s “Political Rewind,” where Jackie Cushman brought it up. Video of the show should be available in a couple days, and I’ll post it when it is. 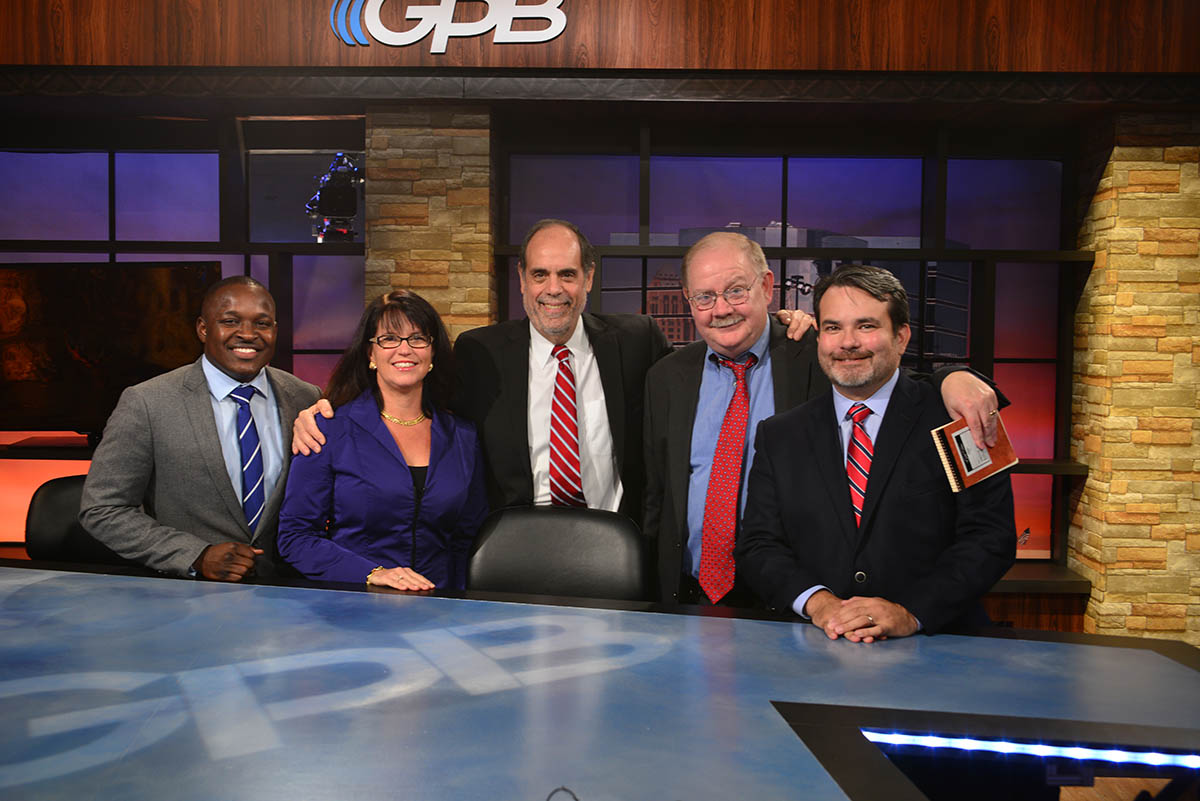 Yesterday, I heard an interview on NPR, where I got this quote from Nick Confessore,  who writes about the intersection of money, influence and power for The New York Times.

Over half of the advertising in this midterm election has come from groups that do not disclose much or anything about their sources of money and as independent spending in general consumes a bigger and bigger piece of the pie in politics, that’s going to become a bigger and bigger problem. It’s simply very hard to evaluate who is behind a lot of the political advertising on the airwaves.

With candidates, with parties, we can see a lot more and candidates and parties still account for most of the money sloshing around, most of the spending, most of the fundraising. But you know, as outside spending becomes a bigger and bigger part of politics and as more and more outside spending comes from groups that are technically kind of outside the system – off the books – it’s very, very hard. There could be a lot going on, there could be a lot of influence peddling going on that we will just never see, that is impossible to see because we can’t see the money changing hands.

A local GOP County Chair was arrested on allegations of aggravated sexual battery and criminal attempt to commit rape. There’s nothing that isn’t horrifying about this from a human perspective, as well as the political view.

Republican Stacey Jackson is an impressive candidate whom I met earlier this year. He appears to be giving Democratic State Rep. Debbie Buckner a run for her money.

The race between lawyer Stacey Jackson and 12-year state Rep. Debbie Buckner presents a stark contrast. Jackson’s reputation is built on his experience with some of Columbus’ big-headline murder cases, most recently his successful defense of Kareem Lane, twice tried and ultimately acquitted in the 1992 fatal stabbing of then-Muscogee School Superintendent Jim Burns.

Though he’s better known now as a Columbus defense attorney, Jackson points out he worked 2000-2008 as a prosecutor, rising to senior assistant district attorney handling cases in both Superior Court and in juvenile court, and his roots are outside the city.

Now 40 years old, he graduated from Harris County High School and still lives in Harris County today. He has family in both Harris and Meriwether counties.

In an earlier interview, he outlined some family connections: His father was principal of Central-Talbotton before moving to Harris County’s Carver Middle School; his mother is an assistant principal at Harris County High.

Harris County has prospered because of its nearby Kia Motors plant, but others have not, he said. Other counties also need improvements in education, he said.

“The test scores in Meriwether and Troup are below the state average when it comes to SAT scores,” he said.

He credits the state’s Republican leadership for recent improvements in funding. “We’ve had an increase of a half a billion dollars dedicated solely to K-12 education, so there has been some movement,” he said. “So that’s one positive thing, but obviously that’s from a conservative-led General Assembly and a conservative governor.”

Not only is Mr. Jackson an impressive individual, but he’s got a good command of the issues. While it’s probably a Democratic-favoring district, we’ll be keeping a sharp eye on this race on Tuesday night. 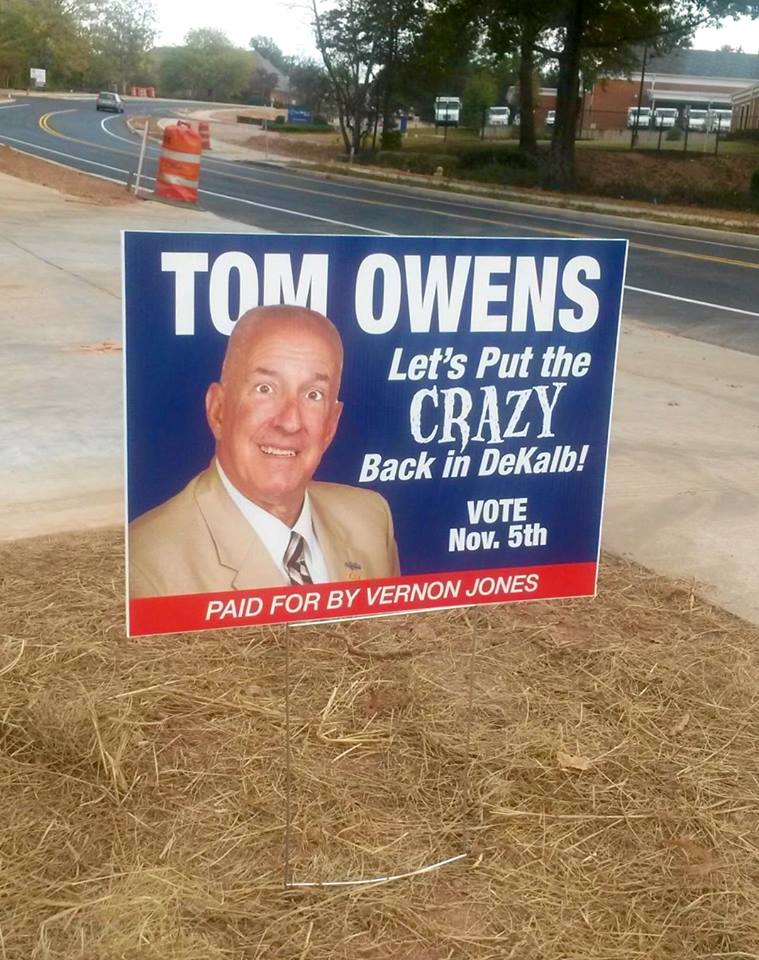