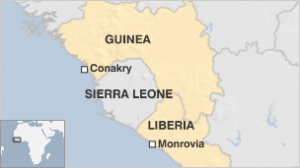 “Given the recent spread of Ebola in the United States, I share the deep concerns expressed by many Georgians about the risk this deadly virus poses to our public health,” said Chambliss. “To contain this disease and help prevent any additional cases in our country, I support implementing travel restrictions from Ebola-affected nations in West Africa to the United States. I believe exceptions can and should be made for essential personnel to carry out our mission of stopping the spread of Ebola at the source. Our nation continues to face a growing array of threats from around the world and must remain vigilant; I urge the administration to put in place a proactive and carefully thought out plan to protect the American people from the spread of this virus.”

“As a member of the Senate health committee, I believe that, given the transmission of Ebola in Dallas that originated from a passenger flying from West Africa, we need to temporarily restrict nonessential travel to the United States from Ebola-affected countries,” said Isakson. “Additionally, I urge the president to take charge of coordinating and increasing the U.S. response to the growing threat of the Ebola virus to the American people. I take this situation very seriously and believe it is an urgent priority for the United States to contain this outbreak at its source, as well as to ensure that any additional cases that arise in the United States are quickly isolated.”