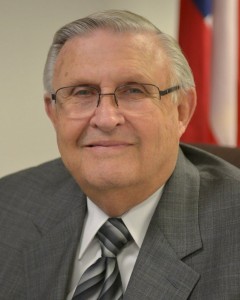 In 2012, I began raising the issue of “free” cell phones being handed out to individuals under the federal Universal Service Fund’s Lifeline program, which was originally intended to provide low-cost landline phones to low-income households.

Because the cost of landline service has always exceeded the federal Lifeline subsidy, consumers have been required to pay between $5 and $10 out of pocket for discounted service. This “co-pay” served as a check on waste, fraud, and abuse.

However, certain cell phone providers began using the subsidy to distribute cheap handsets and provide a small allotment of minutes for “free.”

There is, of course, no free lunch. But the program exploded because a customer could not only get a free phone and free service from one Lifeline provider, he or she could also get a second phone from another provider, and so on. Taxpayers subsidized the cell phone bonanza to the tune of $9.25 per phone per month.

It was a win-win situation for the cell providers who were incentivized by the lack of oversight in the federal program to maximize the number of “free” phones they gave away, but it was lose-lose for taxpayers. It also meant there were fewer federal dollars available for the truly needy people for whom the program was originally intended.

Two problems allowed the abuse of the Lifeline program, turning it from a subsidy for landlines to allow low-income households to access emergency services into an “Obamaphone” giveaway celebrated in a now-notorious YouTube video.

First, Lifeline was intended to bring one landline into a household; turning to cellphones allowed individuals to grab cell phones from as many providers as would allow them. Second, the monthly “co-pay” was discarded as providers realized they could make more money simply giving the phones away and pocketing $9.25 per month in taxpayer funds.

So cell phone providers figured that all they had to do was issue as many phones as they could and send the government – and ratepayers – the bill.

My colleagues on the Georgia Public Service Commission and I determined that we should try to root out the obvious fraud and reduce the tax burden on Georgians inflicted by this fraud. Our solution was simple – require cell phone companies to bill and collect $5 per month from each subscriber, similar to the amount that landline Lifeline customers pay.

“Community organizers” were beside themselves, attacking us for having the temerity to suggest that when more people collect a government benefit than are eligible to receive it, someone’s cheating the system.

Another reason so many more phones were issued than eligible recipients, we believe, was that the 68 to 250 minutes provided with the “free” phones ran out quickly each month, and the incentive for both users and providers was to simply issue a second phone at another $9.25 billed to the taxpayers.

We gave providers the option, instead of collecting $5 per phone per month – which the providers would keep – they could give users 500 minutes per month, at whatever rate they choose, to cut down on the need for duplicate and triplicate phones being issued to the same individuals.

The industry that built itself around this government subsidy also objected – our plan would cut into their profits and save ratepayers money. So the industry filed suit to overturn our solution and strap back on the federal feedbag. A federal judge agreed and set aside the monthly co-pay.

But in the end, we have won a partial victory for ratepayers. The threat of Georgia and other states following our lead to cut off government largesse led the industry to begin policing itself. Today, the number of ratepayer-paid “free” cellphones has been halved, reducing Georgia’s burden on the Universal Service Fund by more than $5.5 million per month.

To be sure, the federal government is part of the problem too, by aiding, abetting, and encouraging the program’s overuse. My family, like most, operates from a budget where we start from our monthly income, and pay our bills before spending any money on optional goods and services. By contrast, the federal government, including the Lifeline program, starts by deciding how much it wants to spend, then it sets the amount every ratepaying citizen will be charged to meet its goal.

I will continue to fight for taxpayers and ratepayers – average Georgians like you and me – to root out and eliminate fraud and abuse in government programs, to reduce the cost of government, and to minimize its impact on our families.