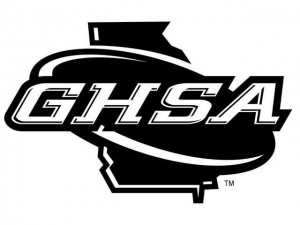 “I look forward to working with Senator Bethel on this very important issue, and I look forward to hearing from GHSA on a host of issues.  Our constituents deserve to hear how GHSA operates and what their purpose and goals are.  The original intent was to promote high school athletics in this state, and I want to make sure that remains GHSA’s goal.  While I understand that this is a private body, our public schools in this State have no other option.  I believe that we should have some oversight in how the members are treated and to make sure that GHSA is acting in their best interest.  It is not our intent to micro-manage this organization, but I do want to see more open transparency,” said Rep. Roberts

“Extra-curricular activities are an important part of the educational experiences afforded at Georgia’s Public Schools. This committee is intended to give public insight, influence, and transparency regarding the workings of those independent bodies that derive their revenue from admission charges and advertising sales where our students are competing and performing. I look forward to working with Chairman Roberts, the other members of the committee, the public, and the leadership of these sanctioning bodies in the upcoming months,” said Sen. Bethel.

The following legislators will also serve as members of the High School Athletics Overview Committee:

The main duties of the High School Athletics Overview Committee include periodically evaluating the operations of Georgia high school athletic associations to ensure the establishment of fair and equal standards, as well as the highest level of academic achievement and sportsmanship. Recommendations for improvement will be included in reports submitted to the Georgia General Assembly before January 1 of each year, or at any additional time the committee deems necessary.