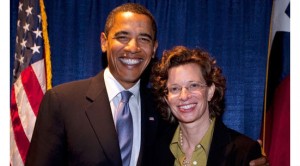 From The Georgia Republican Party:

GA GOP CHAIRMAN:  NUNN CAN RUN FROM COLUMBUS VOTERS BUT SHE CAN’T HIDE

As Republican candidates for the U.S. Senate travel the state to meet with their fellow Georgians, Atlanta liberal Michelle Nunn continues to avoid voters and the press by skipping debates, forums, and public meetings throughout the state.  In response to Nunn bailing on yesterday’s debate hosted by the Columbus Chamber of Commerce, Georgia Republican Party Chairman John Padgett issued the following statements:

“Washington is broken and Georgia voters deserve to know what each senate candidate will do to fix it,” said GAGOP Chairman John Padgett.  “But instead of meeting with voters in cities like Columbus to discuss her plans to strengthen our economy and preserve our freedom, Michelle Nunn travels to Democratic strongholds like San Francisco, Chicago, and New York City to solicit campaign contributions from like-minded, radical liberals.

“Nunn is running for the U.S. Senate is every state but Georgia because she knows that her unfailing support of Obamacare, gun control, and the President’s liberal environmental agenda is an instant recipe for failure in the Peach State.

“Well, Mrs. Nunn can certainly run from the cameras and the voters but following the Primary, she won’t be able to hide.  The Georgia Republican Party will work hand-in-hand with the Republican nominee to mobilize our conservative base and expose Michelle Nunn’s left-wing political leanings.

“Together, we will let Georgia voters know that Michelle Nunn is nothing more than a rubber stamp for Barack Obama and Harry Reid, and her hidden liberal agenda is bad for our state, our country, and our future.”