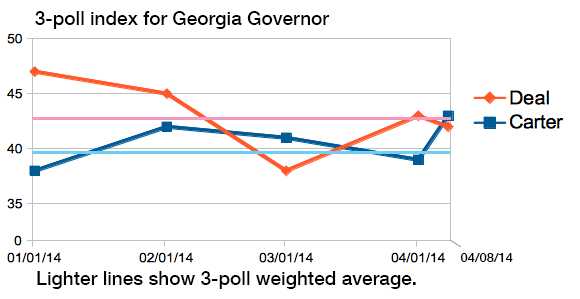 Here’s what the new Georgia Polling Index for the General Election for Governor looks like:

Here’s the weighted average for the last three polls:

And the weighted average for the last four polls:

The weighted average or index looks backwards at the most recent 3 or 4 polls and computes an average that account for the sample size. An 800 sample survey will have more effect on the final number than a 400 sample survey.

This naturally reduces the appearance of volatility and, we think, accounts for differences in pollsters’ methods.