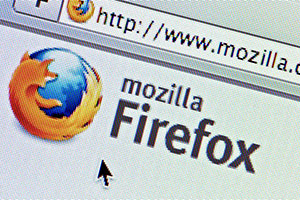 As the inventor one of the web’s foundational technologies, JavaScript, and the co-founder of the organization behind one of its most popular browsers, Firefox, Brendan Eich has done more than most people to promote a free society and an unrestricted exchange of ideas.

But that didn’t count for much when various tech and gay rights publications reacted with outrage to his recent appointment as CEO, on the basis that he had donated $1,000 six years ago to support California’s ban on same-sex marriage.

Eich had never advocated his beliefs on the issue publicly, and there was no question about his treatment of or respect for gay employees and associates at Mozilla. Yet that donation, indicating a sliver of difference with the left, was enough to force him out of his own company. He resigned yesterday.

Mozilla’s executive chairwoman actually took to the company’s blog to apologize, apparently for appointing someone as chief executive who had not acceded to every tenet of social liberalism. “Mozilla prides itself on being held to a different standard,” she wrote, “and, this past week, we didn’t live up to it. We know why people are hurt and angry, and they are right: it’s because we haven’t stayed true to ourselves.”

As Andrew Sullivan, a gay man himself and an advocate of same-sex marriage, points out about the Mozilla case, “What we have here is a social pressure to keep your beliefs deeply private for fear of retribution. We are enforcing another sort of closet on others. I can barely believe the fanaticism.”

“If we cannot live and work alongside people with whom we deeply disagree,” he argues “we are finished as a liberal society.”

The new bigotry is on the left, and as Sullivan points out, it isn’t liberal at all. It’s totalitarian. Consider that the Mozilla Corporation and those who screamed for Eich’s resignation assert that his deviation from social liberalism is not just a cause for criticism, but a disqualification for employment. They are literally arguing that his private thoughts about an issue like marriage should prevent him from holding a job.

The ability to kill a man’s job, of course, is devastating. Thousands of people donated to Proposition 8 and similar efforts, and their names are listed in public databases. Are all of their jobs now at risk? How about people who have contributed to candidates supporting traditional marriage? Are all of them unfit as coworkers?

(And if, by the way, having opposed same-sex marriage in 2008 is a disqualification for employment today, will the enforcers of liberal toleration be going after President Obama or Hillary Clinton as their next project?)

Perhaps most outrageous of all, these people have called for Eich’s resignation, most likely, for his religious beliefs. Anti-religious bigotry is as repulsive as any other form of bigotry. Yet it is becoming more pronounced on the left all the time.

Freedom of thought and religious liberty will be central issues of the next generation. Already both in government and in civil society, there are movements devoted to forcing Americans to renounce or to violate their consciences. Mozilla, along with the Hobby Lobby and Little Sisters of the Poor cases before the Supreme Court, are just a few of the most recent examples.

A lot rides on these cases. We can’t afford to shrink from defending our civil liberties, or we won’t have any left to defend.