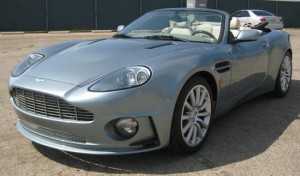 Cars on display include Aston Martin, Jaguar, Rolls-Royce, MG, Lotus, Austin-Healey, Morgan, Triumph, McLaren, Peel, Landrover, MINI, Sunbeam, Jensen, and DeLorean. The British Consulate General office is proud to partner with Alpharetta Convention & Visitor’s Bureau, Taste of Britain and Glorious Events to highlight the strong UK automotive sector. In 2012, the UK produced 1.6 million vehicles and more than 80 percent were exported to countries like the US.

Attendees will also enjoy British music with a live performance from the Big Chicken Beatles Tribute Band, which highlights the Beatles 50th anniversary of their USA tour and the UK as the second biggest global exporter of music.