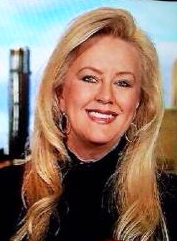 This week marks a very important event in our country’s history as the Hobby Lobby v. Kathleen Sebelius case is being heard before the Supreme Court. The Christian-owned private company is opposed to abortion, and fighting for it’s right to not be forced to provide abortifacients as part of it’s health care plan.

Religious freedom and conviction is protected First Amendment, and also by the Religious Freedom Restoration Act, bi-partisan legislation passed almost unanimously by Congress, and signed into law in 1993 by President Clinton. RFRA protects people from government action being taken against them for exercising their right to not participate in an act that violates their beliefs.

This year in Georgia, State Senators Josh McKoon, David Shafer, and William Ligon introduced SB 377, which would have been a statewide mirror of the same law that is providing protection to 31 other states, including Illinois, where it was supported by President Barrack Obama when he served as a State Senator.

Unfortunately for Georgians, this legislation was met with objection by the left, and corporate lobbyists from Coke, UPS, Delta, and the Metro Chamber of Commerce lobbied against it. This bill was never allowed a floor vote.

This bill is not discriminatory. There has never been a single case where the outcome calls this truth into question. It is also not a guarantee that a plaintiff will be legally successful. This is not the Arizona bill vetoed by Gov. Brewer. State RFRA is already the law in Arizona and has been for years.

What we look for in our leaders is integrity, strength and dedication to the principles this nation was founded on. In Georgia, the Republicans hold a supermajority in the State Senate and are one vote away from a supermajority in the State House, yet when it came to protecting one of the reasons this nation was formed, they caved to pressure from corporate lobbyists and the radical left and were just too scared to allow a vote of conscience. That is simply unacceptable.

As a result on March 19th activists and citizens involved in politics for the first time gathered for a rally at the Capitol in support of this legislation. Speakers included: Bishop Wellington Boone, Dr. Don Hattaway, President of the Georgia Baptist Convention, Dr. Vanessa Battle, Bishop Garland Hunt, and many others. We have vowed to remain vigilant and the rally was only a launching point for a statewide campaign to educate voters, which will include a statewide bus tour, rallies across Georgia, a Statewide Summit this summer, a March to the Capitol, and many other events. Our resolve is set in concrete.

Julianne Thompson is Co-Founder of the Capitol Coalition of Conservative Leaders and is Co-Chair of the Atlanta Tea Party. She also serves as President of the Georgia Republican Assembly.