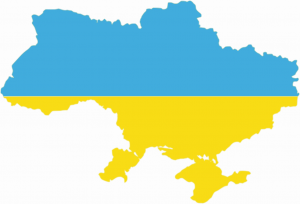 Passage of today’s resolution follows a Committee hearing last week, which examined the recent events in Ukraine.  To view archived video from the hearing or testimony from officials at the State Department, Treasury or USAID, click HERE.

In support of H. Res. 499, Chairman Royce said:  “H. Res. 499 is a very important declaration of support for the people of Ukraine during this crisis, condemning in clear and unmistakable terms Russia’s unprovoked aggression.  The U.S. has a strong interest in a democratic and prosperous Ukraine with its territorial integrity intact.

“This resolution is an important part of a larger effort to aid Ukraine and impose real costs on Russia.  Addressing Ukraine’s energy security absolutely must be part of the U.S. response.  Russia is threatening the natural gas supply to Ukraine – yet again – to worsen its current economic crisis and control it politically.  Fortunately, we can help counter this threat, by reducing the current impediments to exports of American natural gas to Ukraine.  While Vladimir Putin is selling oil and gas around the world, we still maintain major restrictions on selling U.S. energy to all but a handful of countries.  We should end our self-imposed sanctions on our energy exports.  This would undermine Putin’s influence, bolster our allies throughout Europe, and create jobs at home.”

Video of Chairman Royce speaking on the House floor in support of H.Res. 499 is available HERE.

The full text of H. Res 499 as passed by the House is available HERE.  The “resolved” clauses of the Resolution follow:

•          condemns the violation of Ukrainian sovereignty, independence, and territorial integrity by military forces of the Russian Federation;

•          states that the military intervention by the Russian Federation—

o   is in breach of its obligations under the United Nations Charter;

o   is in violation of the 1994 Budapest Memorandum on Security Assurances, in which it pledged to respect the independence and sovereignty  and  the  existing  borders  of  Ukraine and to refrain from the threat of use of force against the territorial integrity or political independence of Ukraine; and

o   poses a threat to international peace and security;

•          calls on the Russian Federation to remove all of its military forces from Ukraine’s Crimean peninsula, other than those operating in strict accordance  with  its  1997  agreement  on  the  Status  and Conditions of the Black Sea Fleet Stationing on the Territory of Ukraine,  and  to  refrain  from  interference in all regions of Ukraine, including by ending its support of separatist and paramilitary forces in Crimea;

•          declares that the Ukrainian people have the right to determine their own future free from outside interference;

•          commends the Ukrainian Government for its continued restraint and avoidance of   military provocations;

•          calls  on the  Ukrainian Government  to  continue  to  protect  the  rights  of  all  minority  populations within Ukraine and make clear that it represents all Ukrainian citizens;

•          calls  for  the  deployment  of  independent monitors from the Organization for Security and Cooperation  in  Europe  in  Crimea  and  other  areas  of Ukraine;

•          calls  on  NATO  allies  and  European  Union member  states  to  immediately  suspend  military cooperation with Russia, including restricting sales to the  Russian  government  of  lethal  and  non-lethal military equipment that might be used to support further aggression in Ukraine or elsewhere in the region;

•          calls upon the President and the leaders of other  democratic  states  to  boycott  the  G-8  summit in Sochi, Russia, to convene a G-7 summit in June 2014 outside of Russia that does not include Russia, and  to  consider  expelling  Russia  from  the  group, given its record of international aggression, domestic repression, and human rights records that are inconsistent with democratic standards;

•          calls on the Administration to work with our  European  allies  and  other  countries  to  impose visa, financial, trade, and other sanctions on senior Russian Federation officials, Russian and Ukrainian oligarchs and others complicit in Russia’s intervention  and  interference  in  Ukraine,  majority  state-owned banks and commercial organizations, and other state agencies, as appropriate;

•          states that the United States should participate  with  its  European  allies,  other  countries, and  international  organizations  in  a  coordinated  effort  to  provide  the  Ukrainian  government  with  financial, economic, and technical assistance, including asset recovery, to assist a domestic economic recovery program that includes fundamental reforms and effective anti-corruption measures;

•          calls on the United States, its European allies, and other countries and international organizations to provide assistance to ensure that new elections scheduled for May 2014 are free, fair, and in full accordance with international standards;

•          calls on the United States and its European allies, other countries, and international organizations to develop a long-term strategy to support economic development and reform in Ukraine, including through  enhanced  relationships  with  Western countries, organizations and institutions;

•          calls  on  Ukraine  and  European  countries and former Soviet Republics to support energy diversification initiatives to reduce Russian control of energy  exports,  including  by  promoting  energy  efficiency and reverse natural gas flows from Western Europe, and calls on the United States to promote increased natural gas exports and energy efficiency;

•          supports efforts by  Ukraine  to  improve transparency, combat corruption, and protect individual rights through an independent judiciary and strong rule of law; and

•          affirms the right of all countries in the region to exercise their sovereign rights within their internationally recognized borders free from outside intervention and to conduct their foreign policy in accordance with their determination of the best interests of their peoples.