On March 7, 1861, delegates to the Georgia Secession Convention reconvened in Savannah to adopt a new state Constitution. A resolution offering to host the Confederate Capitol did not pass.

“I was hit in the head by a state trooper with a nightstick… I thought I saw death.”

Earlier this week, John Lewis qualified to run for reelection to Congress from Georgia’s Fifth District.

The Senate Insurance and Labor Committee will meet at 2 PM in the Mezzanine. The House Rules Committee meets at 8:30 in 341-CAP and the Pak Subcommittee of Judiciary Non-Civil is scheduled to meet from 1-3 PM in 132-CAP. 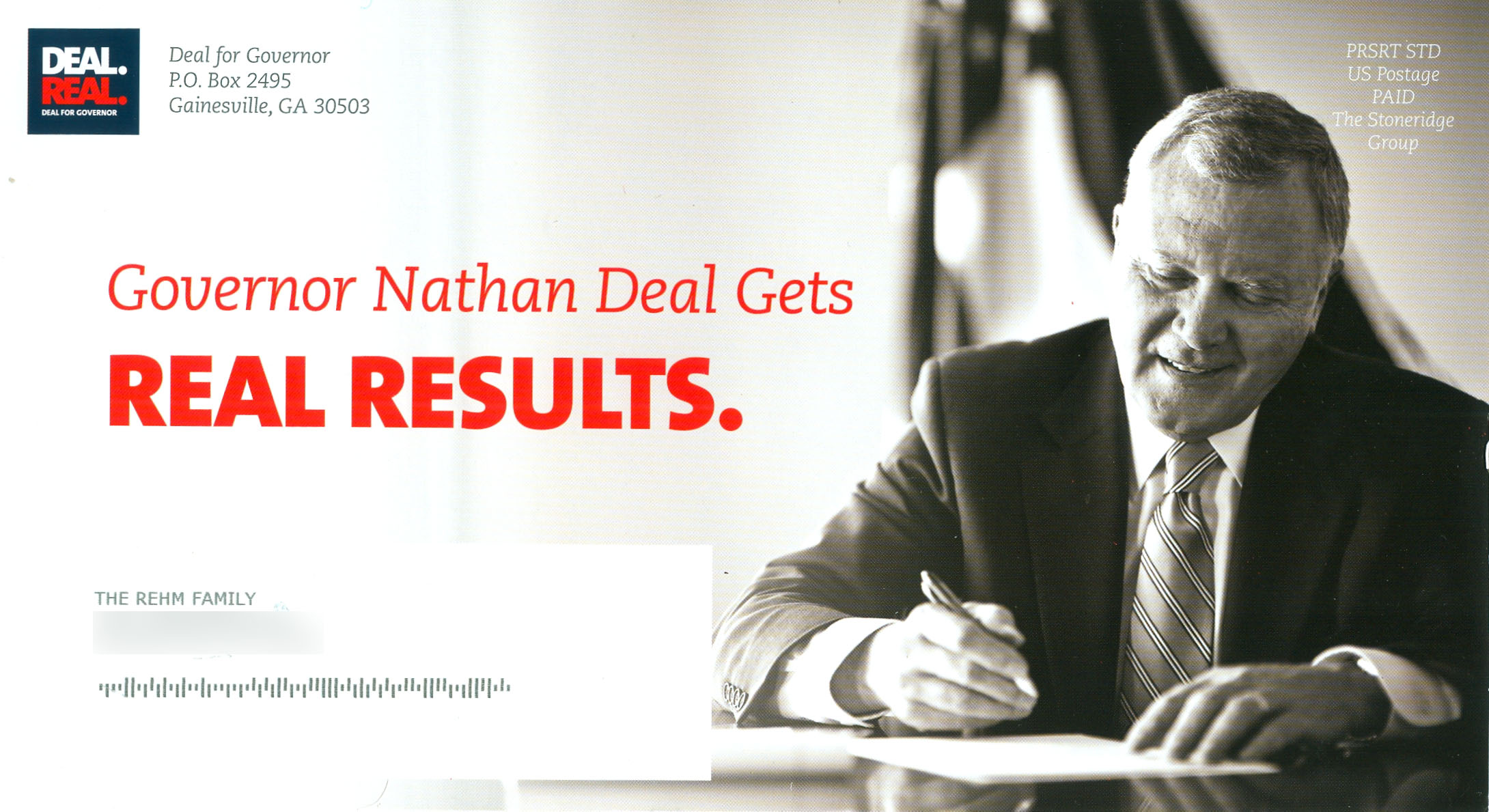 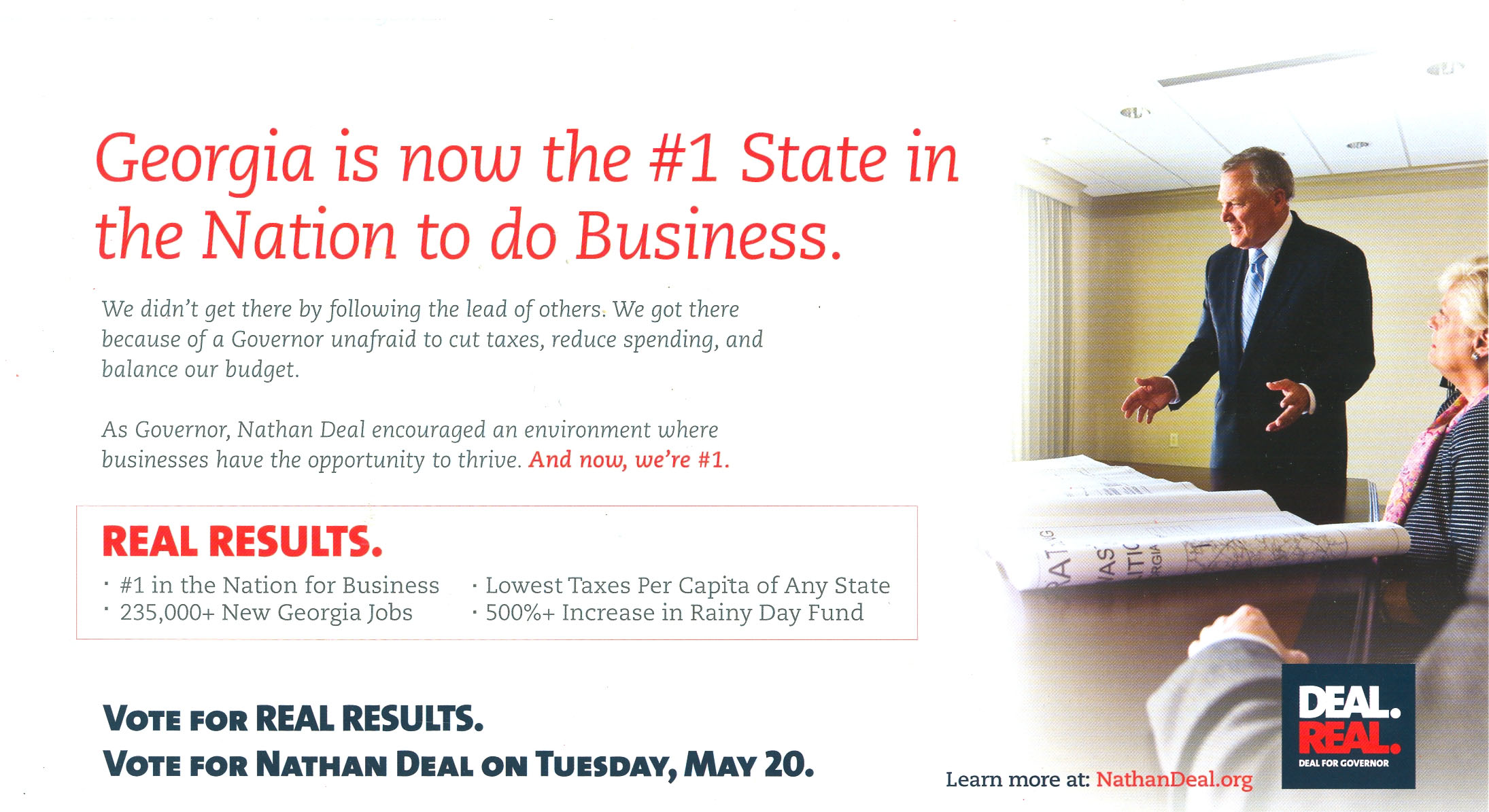 Senate President Pro Tem David Shafer has drawn a Democratic opponent in his bid for re-election. Richard A. “Rick” Underwood is a Union Representative with the AFL-CIO and Aircraft Electrician at Lockheed Martin.

The upset came weeks after Hembree led the field in the Special Primary Election with 48.4 percent and narrowly missed winning without a runoff.

Dugan also has a Democratic opponent, James Harrison Nixon, a professional body piercer, seen below. Ladies and gentlemen, the new face of the Georgia Democratic Party. 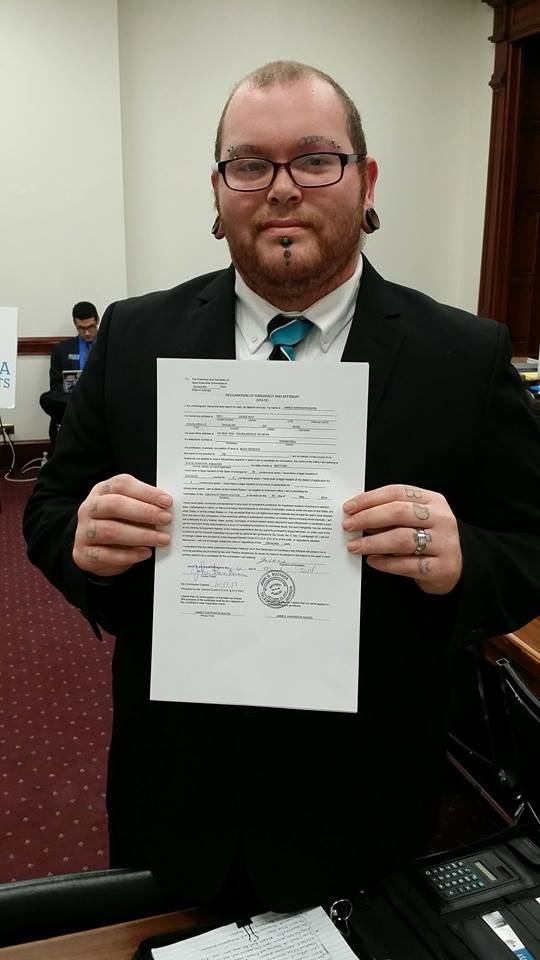 After rumors to the contrary, Senator Jack Murphy qualified for reelection yesterday. Murphy faces at least three opponents in the Republican Primary.

Columbus, Georgia attorney Stacey Jackson qualified as a Republican for State House District 137, one of the only competitive seats, currently held by Democrat Debbie Buckner.

One of the other competitive seats, House District 81 in DeKalb, has a single Republican qualified as of yesterday, Jim Duffie, a leader in the FairTax movement.

Sen. Steve Gooch to Host Ellijay  Town Hall Meeting on Saturday ATLANTA (March 6, 2014) – Sen. Steve Gooch (R – Dahlonega) will hold a town hall meeting to answer questions about legislative efforts at the Georgia State Capitol in 2014. During the 2014 legislative session, Sen. Gooch will travel through District 51 to meet with constituents and discuss common questions and concerns, both locally and at the state level. Additional meeting times and dates will be set in the weeks…

Karen Handel, Barry Loudermilk and Allan Levene will be joining us to talk about their respective campaigns for US Senate and US Congress.

Representative Ron Stephens will be joining us to discuss happenings in Atlanta.

David Perdue – U.S. Senate Join ‪#‎TeamPerdue‬ on Saturday in Middle Georgia! Grand Opening of our Middle Georgia Campaign Office If you have any questions or want to join us please call our office at (678) 248-6444.

GEORGIA REPUBLICANS TO HOST US SENATE DEBATE IN MACON WHAT: The Georgia Republican Party, in conjunction with local GOP organizations, will host their fourth U.S. Senate candidate debate in Macon at the Anderson Conference Center. WHO:  Candidates vying to fill the seat of retiring United States Senator Saxby Chambliss will participate in a structured debate.

The Senior Network and Central DeKalb GOP Women will host candidates: Nancy Jester for State School Superintendent Brian Kemp for Secretary of State David Pennington for Governor Refreshments are provided and all are invited.