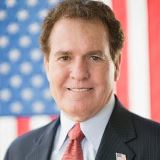 “After more than five years of being held hostage to partisan politics and fringe environmental groups, the Obama administration still doesn’t have an excuse to stop this project,” said Gingrey. “To no surprise, the State Department again found that Keystone will bring energy independence, decrease the security threat on relying on oil from unstable nations, and put workers who’ve been hardest-hit by the recession – welders, mechanics, pipefitters, and others – back to work. With even more proof that this project is environmentally safe, authorizing this project will bring the opportunity President Obama continuously promises and will finally give him something useful to do with his pen.”

Since the application was submitted to the State Department in 2008, this project has been one of the most studied pipeline construction efforts in U.S. history. According to an Energy and Commerce Committee report, Canada’s growing oil production holds the potential to provide the U.S. with a much needed additional energy supply from a reliable ally and trading partner. However, the existing pipeline system linking the two countries is close to capacity and thus unable to take advantage of this opportunity. TransCanada, a Canadian energy company, has proposed the Keystone XL pipeline expansion project to carry nearly a million additional barrels of oil per day. The pipeline would create 20,000 direct jobs and 100,000 indirect jobs. Despite this, the Obama administration has repeatedly delayed and attempted to derail this vital infrastructure project. View the Keystone XL timeline and read more here.