This is not a response by Kingston, having been taped in May of this year, but take a look at what he says about Obamacare.

This morning, Governor Nathan Deal will visit Rome, Summerville, and Dalton on the heels of announcement totaling more than 1100 new jobs for the area.

Mohawk announced plans for an $85 million investment in its facilities in Rome and Dalton on Wednesday, to boost its capacity to spin recycled BCF yarn.

The company plans to use $31 million to convert the Rome plant at 420 Lavender Drive, where more than 230 jobs will be retained.

The remainder will be spent on the Dalton plant, creating more than 400 jobs.

Mohawk communications representative Rachel Lea said Deal is expected to be at the Dalton plant around 8:30 a.m. He’ll fly to Summer ville around 9:30 a.m. to see an expansion that will add close to 500 jobs over the next four and a half years. The governor is expected to arrive in Rome around 10 a.m.

If inclement weather grounds the state helicopter, Deal will skip the Summer ville plant and arrive in Rome around 9:45 a.m. 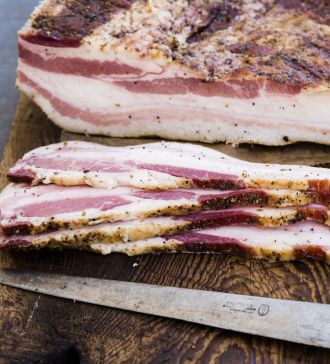 If you’re still trying to decide what to get me for Christmas, the answer is bacon. For $299, send your favorite political writer (or someone else) the gift that keeps giving. They’ll receive quarterly shipments of five pounds each of specialty bacons, including pancetta and coffee rubbed “holiday bacon.”

Our salty, crispy, savory bacons are made from our organic, pastured Ossabaw-Berkshire pigs that boast unusually tasty, flavorful meat (and of course, fat). You will receive four shipments spaced throughout the year.

Each shipment will include 5 pounds of bacon split between 2 types: the beloved American classic as well as one bacon from another part of the world.