From a press release: 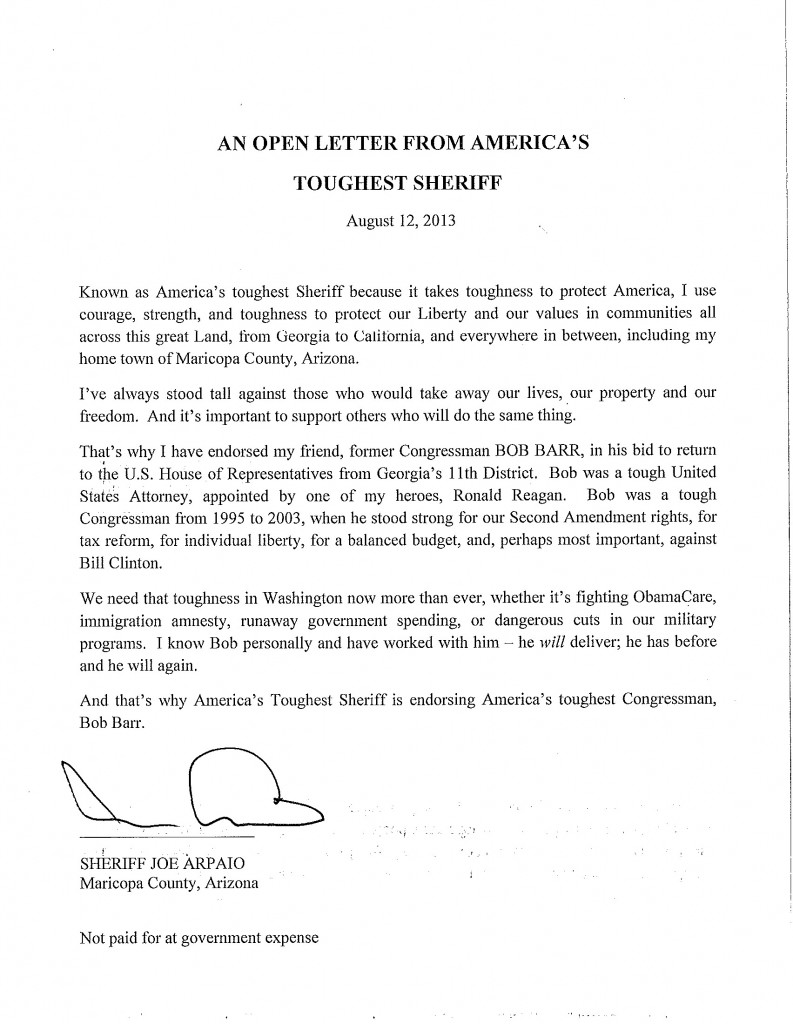 “I’ve always stood tall against those who would take away our lives, our property and our freedom. And it’s important to support others who will do the same thing.”

“That’s why I have endorsed my friend, former Congressman Bob Barr, in his bid to return to the U.S. House of Representatives from Georgia’s 11th District. Bob was a tough United States Attorney, appointed by one of my heroes, Ronald Reagan. Bob was a tough Congressman from 1995 to 2003, when he stood strong for our Second Amendment rights, for tax reform, for individual liberty, for a balanced budget, and, perhaps most important, against Bill Clinton.”

“We need that toughness in Washington now more than ever, whether it’s fighting ObamaCare, immigration amnesty, runaway government spending, or dangerous cuts in our military programs. I know Bob personally and have worked with him – he will deliver; he has before and he will again.”