When to Photoshop your Political Headshot

When to Photoshop your Political Headshot 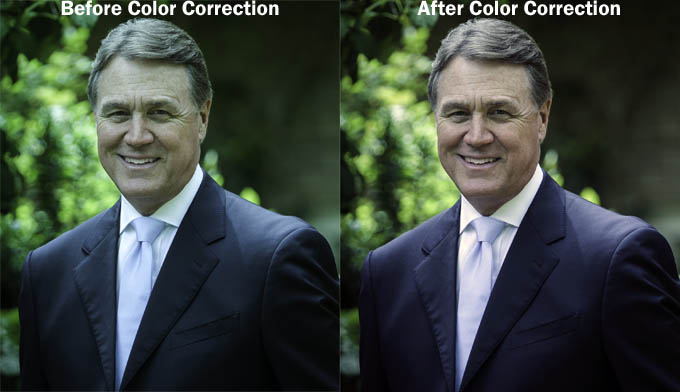 When it comes to politics, Photoshopping is often considered synonymous with deception – either creating an image showing something that never happened or making a politician look better (usually thinner) than they really do.

But sometimes, discrete processing of images should be required. Case in point, the headshot the David Perdue for Senate Exploratory Committee and now campaign has been using for months.

I’d be willing to bet the original shot was taken with a Nikon D4, D800, or D600 model, all of which suffered in early examples from a color shift toward green.

This is easily corrected in Photoshop. The color-corrected version above looks much closer to accurate in terms of both skin tones and the white in the candidate’s shirt. I opened it in Photoshop and applied Image >> Adjustments >> Auto Color. You can get better fine-tuning with other Photoshop tools, but that requires a well-calibrated monitor or a Mac. In any case, I think most would agree the color-corrected version is much better and in this case, Photoshop produces a more accurate depiction than the raw photo.