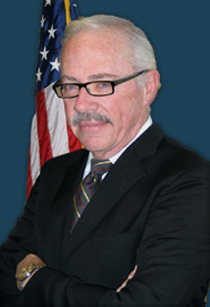 Legal immigration has provided our nation since its inception with talent and diversity, and has strengthened America’s commitment to freedom and free enterprise. Bob Barr is proud to support and welcome responsible legal immigrants to the United States. However, Bob also supports the rule of law; and we have an absolute responsibility as a sovereign country to take those steps necessary to ensure immigration occurs lawfully – that is, persons seeking to enter our country must do so only at lawful ports of entry, and subject themselves to procedures to ensure they do not have a criminal record or other national security impairment, and that they not have a communicable disease.

Thus, the first priority in any consideration of immigration policy is to secure the border. This is a matter of national security, and is a responsibility of the federal government under our Constitution – power rooted, for example in Article I, Section 8 and Article 4, Sections 3 and 4. Pursuant to such authority, we have laws on the books that set forth the procedures whereby immigrants may become citizens; this is the “pathway to citizenship,” and Bob sees no reason to establish another, alternative “pathway” for persons who have entered or remain in this country unlawfully, regardless of how long they have been in that status.

While enforcement of our immigration laws is and should remain the primary responsibility of the federal government, this should not preclude procedures allowing for state and local governments to assist federal authorities in that regard; procedures such as those in the CLEAR Act (H.R. 100).

It is important also for businesses to hire only those eligible to work in the U.S., not illegal aliens, and requirements that businesses take reasonable measures to ensure persons they hire are lawfully in this country are appropriate and necessary. This responsibility, however, should not in Bob’s opinion force American businesses to obtain permission of the federal government before they can hire a person; a concern that extends to the “e-verify” program which raises problems of a form of national identification card.

Upon his return to the House of Representatives, Bob Barr plans to join the Immigration Reform Caucus, which is dedicated to the strong enforcement of our immigration laws and the protection of our border.

Bob Barr supports the SAFE for America Act (H.R. 704), which eliminates the controversial Visa Lottery program. This program conducts an annual lottery, and awards legal permanent resident status to 50,000 foreign nationals each year based on pure chance. Our system of visas and work permits (including student visas) must be reformed so it is more rationally based on our country’s workforce needs. Bob also supports the HALT Act (H.R. 2497), which would prohibit the Obama Administration from granting amnesty to those who illegally entered the country.

Finally, Bob Barr supports legislation to make it a federal crime to be “unlawfully present in the United States.” The fact is it is unlawful under existing federal law to illegally enter the United States. The proposal would simply extend that authority to make it a crime if someone stays beyond their visa, and would eliminate a current five-year statute of limitations on prosecution of such crimes.