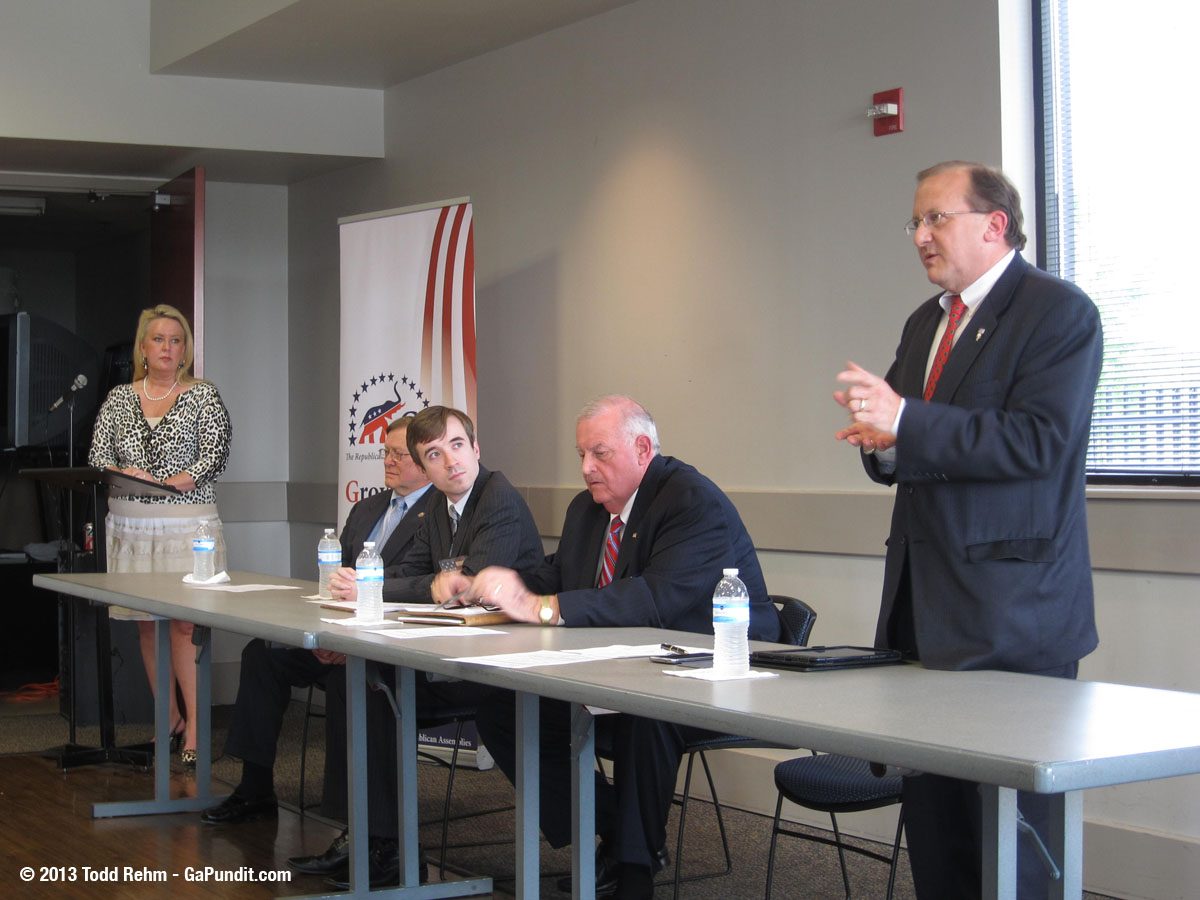 BJ Van Gundy: “Thank you, this is for John Padgett. I think a lot of people in this room have probably seen the video of the Clarke County Convention from last year and what happened in the ten minutes immediately as it finished.” 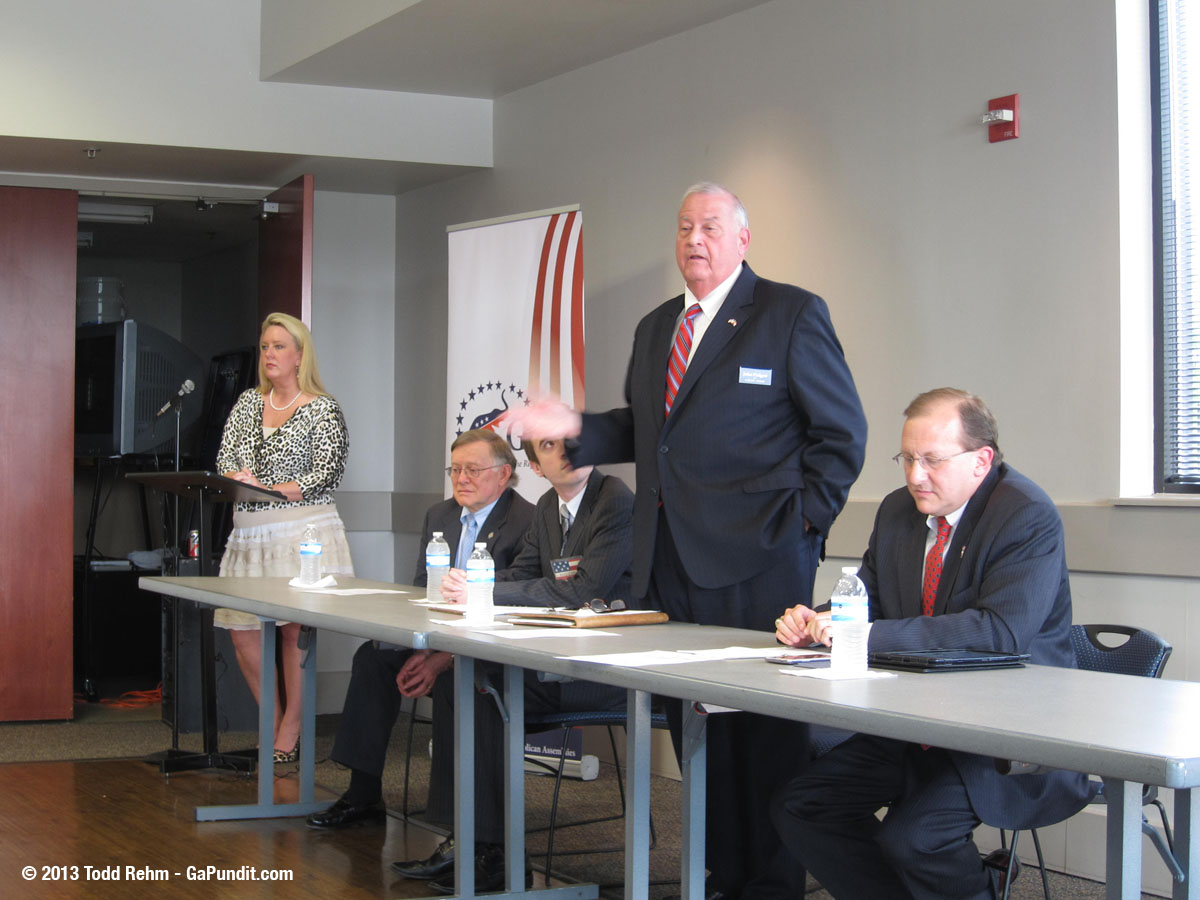 “Now, in the last two-and-a-half-three months, Seth and Alex and I have gone all over this state and we’ve made every effort to talk to every group when we’ve been together to bring this party together and to be sure that this party is on the right footing for the next several years and everybody is included in the party and welcome in the party.”

“Those of you who’ve heard me talk before understand that I’ve said the same thing, haven’t changed my story, been the same story I’ve been telling since I got in this race.”

“Now BJ, the fact that you’re losing this race does not justify your attempts to divide this party… bringing negativity into this race, and it speaks volumes about how you would chair this party.”

Julianne Thompson: “BJ will get a rebuttal.”

Again, the only editing to this clip was noise removal and normalization of sound levels.