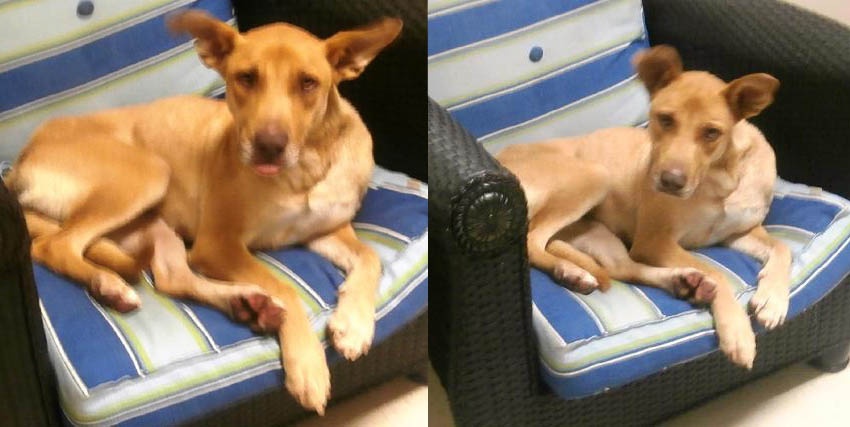 Boo is a female adult hound dog who is available for adoption from the Sumter County Humane Society.

Breezy is a young female Lab or hound dog mix, also available for adoption from the Sumter County Animal Shelter in Americus, Ga.

He had been used in more than 700 investigations around the state since joining the Insurance Department in October, 2003, as the agency’s fifth dog trained to detect fuels like gasoline and lighter fluid.

“We’ll always remember Smokey as a valuable employee in the fight against arson,” Hudgens said. “His death leaves a great sadness within the entire department.”

His nose led to the arrest of multiple arson suspects, some who are linked to deadly fires that classified them as murderers.