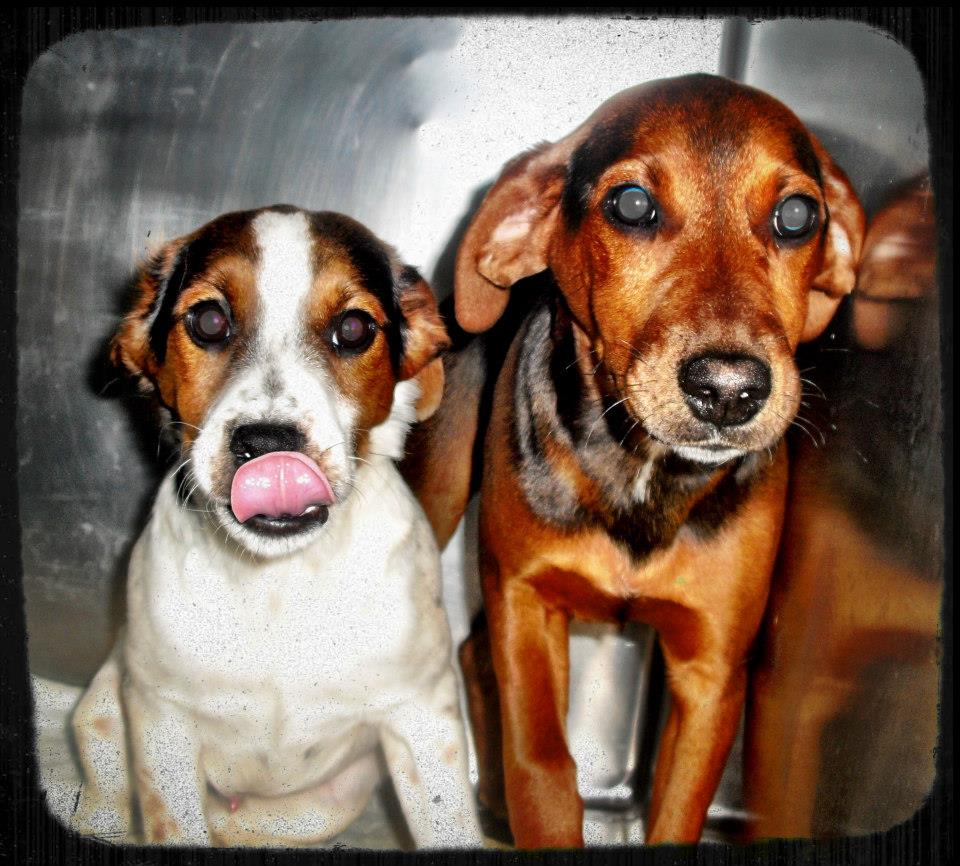 Up first are two 11-week old coonhound puppies who are described as fun and friendly, and get along with each other and other dogs. They are on the euthanasia list at Murray County Animal Shelter unless they find an adoptive or foster before midnight. 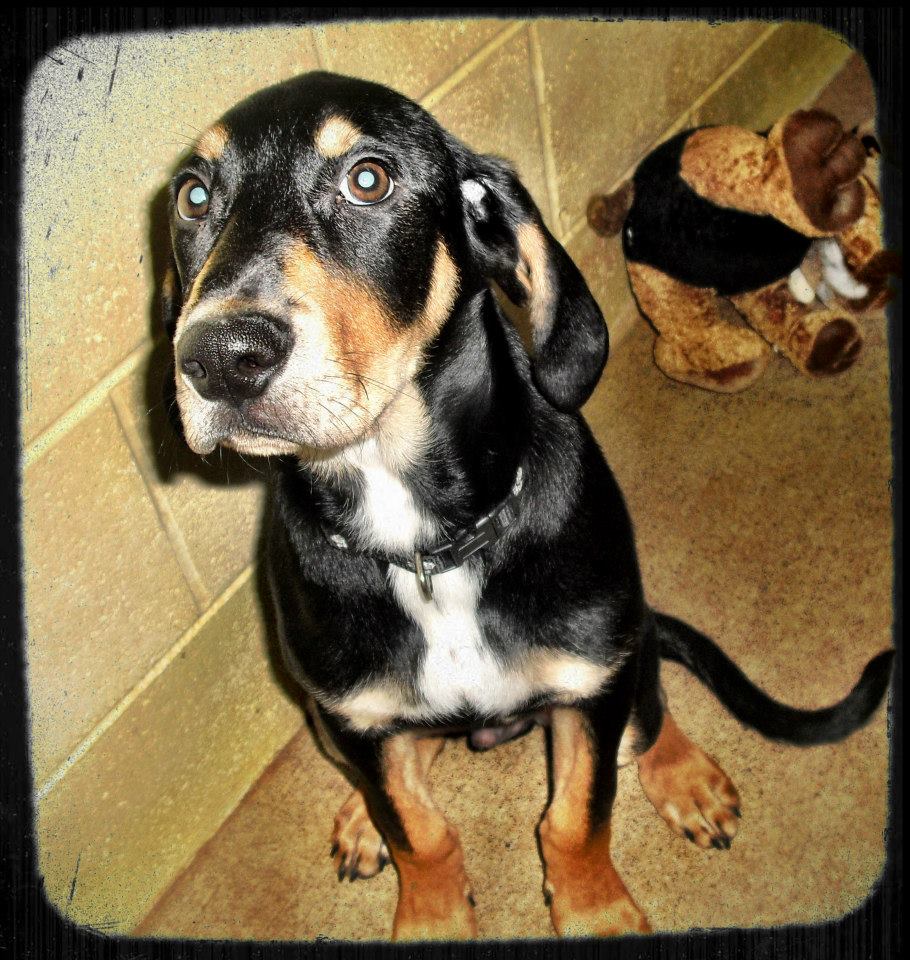 This black-and-tan coonhound puppy is 16 weeks old and loves playing with his stuffed toy. He does well with other people and dogs and is available for adoption today from the Murray County Animal Shelter.

Coonhounds make great pets or excellent hunting dogs. They’re very athletic and would be great for a runner, but they’re also epic couch potatoes in the home. If you’re interested in one of the puppies above, contact Lisa Hester at 770-441-0329 or murrayshelter2@bellsouth.net; you may also contact Megan at 706-260-5251 (daytime Tu,Th,F)(TEXT or call) or mcpuppypower@yahoo.com.

The House Rules Subcommittee on the Speaker’s Ethics Bills (HB 142 and 143) is scheduled to meet today at 1 PM in Room 606 of the Coverdell Legislative Office Building.

At 10:45 AM, Governor Nathan Deal will announce an additional item on his legislative agenda.

At 11 AM, Chief Justice of the Georgia Supreme Court Carol Hunstein will present the “State of the Judiciary” before a joint session of the House and Senate. You can watch online here.

Given that the Governor’s announcement is just before Chief Justice Hunstein’s speech, I wonder if it won’t address Juvenile Justice Reform, which is expected to be part of the CJ’s speech.

File under “Everybody gets a trophy” – If Georgia Democrats have learned anything from national elections, it’s that the voters’ have an unquenchable thirst for other peoples’ money. Georgia Senate Democrats are unleashing a raft of proposals to expand eligibilty for HOPE Scholarships, to ensure that the original mission statement of Helping Outstanding Pupils Educationally expands beyond its current targeting of adequacy into promoting mediocrity. The AJC’s summary of the bills:

Senate Bill 59: Recipients of the HOPE Grant at technical colleges would have to maintain a 2.0 grade-point average, down from the current 3.0 requirement.

Senate Bill 107 /Senate Resolution 184: Proposes a constitutional amendment that would require the University System of Georgia and the Technical College System of Georgia to accept the HOPE scholarship amount as full tuition.

Senate Bill 112: Graduating seniors in the top 3 percent of every high school would automatically qualify for the Zell Miller Scholarship, a full tuition award for the state’s highest-achieving students. The award currently goes only to valedictorians, salutatorians or those with a 3.7 GPA and at least a 1200 on the math and reading sections of the SAT.

Maureen Downey, at the AJC’s “Get Schooled” blog has more information on the Senate Dem plans to expand HOPE.

Chapman already wrote a letter to Georgia Power President and Chief Executive Officer Paul Bowers, asking that the company voluntarily forgo or reduce the allotted 11.15 percent return the company would get on top of any additional Vogtle costs.

“I think it is in the best interests of your company and the ratepayers to resolve this problem quickly and fairly,” Chapman wrote. Georgia Power said company officials plan to meet with Chapman.

A Georgia Power spokesman said the state Public Service Commission “has complete oversight of the project and has verified and approved every dollar spent to date.” An independent project monitor also has testified that “Georgia Power is managing the project well and that the dollars invested to date are prudently invested,” spokesman Mark Williams said.

Georgia Power is building two nuclear reactors at Plant Vogtle, in east Georgia, and rates already have risen to help pay financing costs. Because Georgia Power is a regulated monopoly, it gets a set profit in exchange for providing electricity to all customers in its statewide territory. That means if the costs for the Vogtle project rise, consumers may wind up paying that amount plus enough to give Georgia Power the 11.15 percent profit.

A built-in profit gives the utility no incentive to keep Vogtle’s costs under control, Chapman said.

“We obviously want to see the plant built in a professional, safe manner, and that’s not negotiable,” Chapman said. “The cost overruns, the way it’s set up now, (Georgia Power) would literally profit from them, and that just harms consumers. That’s just unfair.”

Here are the issues I have with Chapman’s bill. First, the deal is already done, and you’re talking about rewriting unilaterally some of the legislation that underlies the financing of a $16 billion deal. Undermining the finality of state actions on utility financing will raise financing costs if the financial markets and institutions believe the Georgia State Government will not honor it’s word on major transactions.

Second, the Public Service Commission already has the power and responsibility to disallow any expenses that are made imprudently, which should prevent the company from profiting from mistakes or bad management. To rewrite the regulatory structure in place introduces more uncertainty, and thus more financial risk, which could also raise the cost to consumers.

So, you have a “pro-consumer” measure ostensibly designed to prevent a problem of cost overruns that doesn’t actually exist at this point in construction, but that will almost certainly raise the costs of financing the most-expensive ratepayer-financed construction project in Georgia. File this one under “Unintended Consequences” as well.

The State House will vote Friday on the Supplemental or “Little” Budget that trues-up the spending plan passed the previous session.

The Georgia House will vote Friday on a $19.3 billion midyear budget that would trim $26 million overall but put more money into k-12 schools.

The midyear spending plan — which would run through June 30 — also would fill a more than $200 million hole in the state’s health care program for the poor, elderly and disabled.

The House Appropriations Committee approved the proposal Wednesday, and the full chamber will take it up Friday. Then it moves to the Senate for consideration.

State Rep. Mark Hamilton has introduced HB 228 to prevent public employees from using work computers and networks to promote or oppose legislation, and protect email addresses of parents that are gathered in the course of school business.

Republican National Committee Chair Reince Preibus will be in Atlanta today. Former Hall County Commissioner Ashley Bell, who switched to the GOP and was defeated in his first outing under the Republican banner.

On Thursday, the Growth and Opportunity Project came to Atlanta. We gathered with local African American leaders and political activists to solicit answers to those questions and more. The feedback we received–along with information gathered from similar meetings and thousands of individuals–will help guide the Republican Party as we work to be more welcoming and more inclusive.

Yesterday I heard some grumbling from grassroots conservative activists about Preibus coming to Atlanta and not meeting with them.

I also heard an interesting proposal from someone who is not running for GAGOP Chair that they would propose a “welcoming in” program that put a full-time GAGOP Field Staffer in the Historically Black Colleges and Universities as a way of reaching out to young African-Americans students who are likely to become among the next generation of leadership in Georgia. It’s an interesting proposal that might be worth talking about.

Paul Broun is definitively in. From Jim Galloway:

“The only thing that intimidates me is this looming financial meltdown,” Broun said, returning to the only topic that he laid out before a small group of enthusiastic supporters at a Buckhead hotel.

But even as he made his on-message debut as the first Republican in next year’s contest to replace U.S. Sen. Saxby Chambliss, Broun hinted that he was ready to take issue with Republicans who would prefer that he stay out.

“America’s speeding toward a financial meltdown. Senseless behavior like this has been exhibited by both parties,” Broun said. “Georgians aren’t interested in labels or affiliations. They’re interested in solutions. And that begins by making Washington smaller and America bigger.”

Georgia’s most conservative congressman has always gone his own way. In his first speech for the Senate, Broun described the “lonely fight” he’s waged on spending in Congress since 2007. Last month, he was the only member of the Georgia Republican delegation to vote against U.S. House Speaker John Boehner’s re-election as speaker.

On Wednesday, before he dashed down to Georgia, Broun cast the only Republican vote against a bill by U.S. Rep. Tom Price of Roswell — a potential rival for Chambliss’ seat — that would have required Obama to say exactly when he would balance the federal budget. “Unconstitutional,” a spokeswoman for Broun said.

Entirely lacking in crazy-sounding quotes, the announcement demonstrated how Paul Broun got elected in the first place. If he were able to stay on message through a 22-month campaign, he would be formidable.

For better or worse, Paul Broun’s crazy-sounding alter ego is likely to show up on the campaign trail. Jim Galloway’s analysis:

In Georgia, GOP thinking goes, Broun’s nomination could result in the immediate reanimation of a down-at-the-heels Democratic Party.

It is an assessment that Democrats agree with. “Congressman Broun represents the worst and most extreme element of the Republican Party. If there is a living God, [Broun] will be the party’s nominee in 2014. Unfortunately, as Democrats, we’re simply not that lucky,” said Michael Berlon, chairman of the state Democratic Party. “But if he’s the nominee, we almost certainly take the seat.”

If nothing else, Berlon thinks the entry of the Athens congressman into the Senate race will make it easier to recruit a Democratic candidate. For the next 20 months, he’ll be talking about “Paul Broun’s Republican Party.”

“[Broun] doesn’t believe in science. He’s talked about how he doesn’t believe the president was born in the United States. He thinks the president is either alternately a Marxist or he’s a Nazi. And he’s not afraid to say that,” Berlon said. “I don’t understand how that translates into any credible run for the U.S. Senate. And I think it’s embarrassing to Georgia and the Republican Party.”

Michelle Nunn is giving serious consideration to a 2014 bid for the United States Senate, according to a tweet from WSB-TV’s Lori Geary. Here are her potential strengths:

I received an email yesterday clairifying that Chip Lake has not been retained by former State Senator John Douglas, but that Douglas “consulted with” Chip. It came from the same email address as the first email which said “retained.” D’oh!

Senator Johnny Isakson will attend the DeKalb County Mass Meetings on Saturday. I suspect this means it will be one of several stops, not that he’ll hang out with the senior citizens and Ron Paul enthusiasts for the hours that it may very well take.

Elsewhere in DeKalb, the DeKalb County Board of Education was busy demonstrating why its accreditation is at risk because of dysfunctional leadership at the Board.

Their failure to muster a majority behind a choice for school board chairman in 2013 means former board chair Eugene Walker retains the title, at least for the time being. Walker got four votes against two other nominees and four again in a runoff when two board members abstained.

An accreditation agency has placed the system on probation due in part to school board fractiousness. Their lukewarm endorsement of their leader didn’t give teachers’ representative David Schutten much cause for hope.

“If they can’t even come together to elect a board chair, how can they come together to get off probation,” said Schutten, president of the Organization of DeKalb Educators. He was among the handful of observers able to attend the specially-called morning meeting.

Perhaps some of the sales attributed to Atlanta originate with lonely business travelers on extended layovers at Atlanta Hartsfield-Jackson Airport, which continues its reign as the busiest airport in the world for the 15th consecutive year.