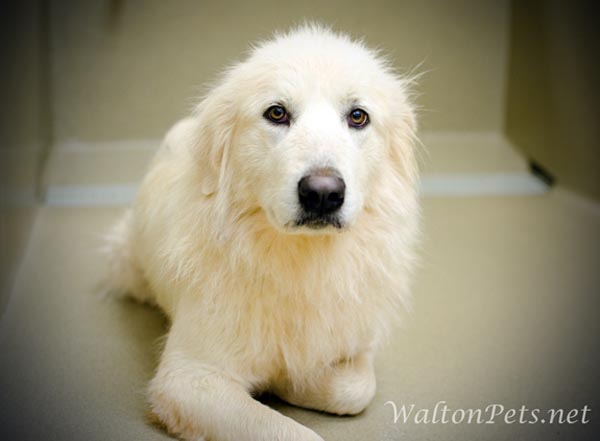 Winter is a female Great Pyrenees who is believed to be three years old and weighs 65 pounds. She was found stray and is available for adoption beginning Thursday from Walton County Animal Shelter. Great Pyrs are prized not just for their looks, but for the temperment that leads them to be called “gentle giants.” 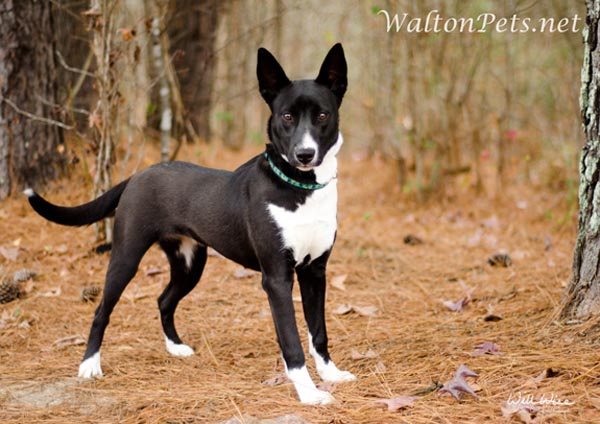 Eve is a sweet mixed female who appears to be housebroken and is about one year and fifty pounds. She is available for adoption today from Walton County Animal Shelter. 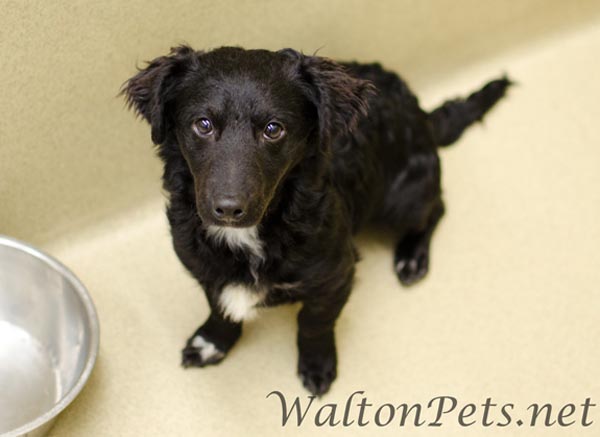 Tiny Tim is a 12-pound, 6-8 month old pup who is very happy, according to the volunteers. He is available for adoption beginning Thursday from Walton County Animal Shelter. 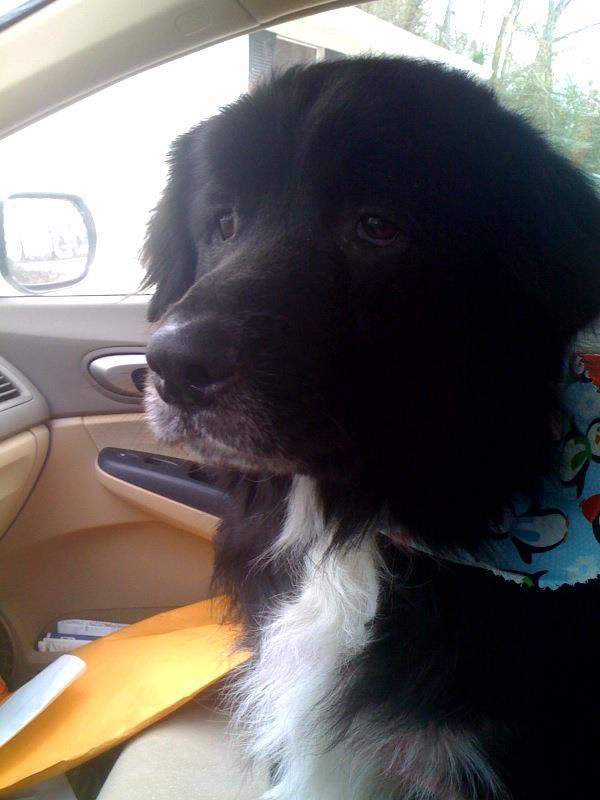 Alfie was pulled from the Gwinnett County Animal Shelter earlier this week but has developed kennel cough. He needs emergency transportation today from Duluth to South Georgia near the GA/FL line, where he will be picked up by his foster and receive care in Florida. Gas money will be provided and a relay may be available to pick up in Macon and drive the rest of the way. Check out the Facebook page where they’re arranging his transportation or email me and I’ll put you in touch.

If you’re unable to foster or adopt but want to help save dogs as we head toward Christmas, please consider an online donation to Dixie Dog Rescue, who works primarily with the Gwinnett and Barrow County Shelters and is in need currently, having paid some major vet bills recently. Like Dixie Dog Rescue on Facebook to learn more about the work they do. 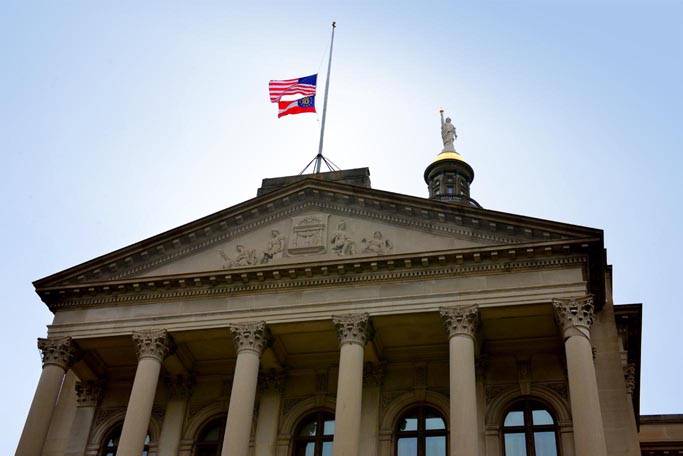 Flags continue to fly at half-staff at the Georgia State Capitol and all other state buildings and grounds through sunset today.

David Kopel writes in the Wall Street Journal about the role of public mental health programs and the rise of random mass shootings.

Liza Long writes about being the parent of a child who is sometimes violent and their struggles with the healthcare and judicial-legal systems. She has her critics too.

It is against this backdrop that the recommendations for reforming juvenile justice by the Governor’s Special Council on Criminal Justice Reform will be debated during the 2013 Session. 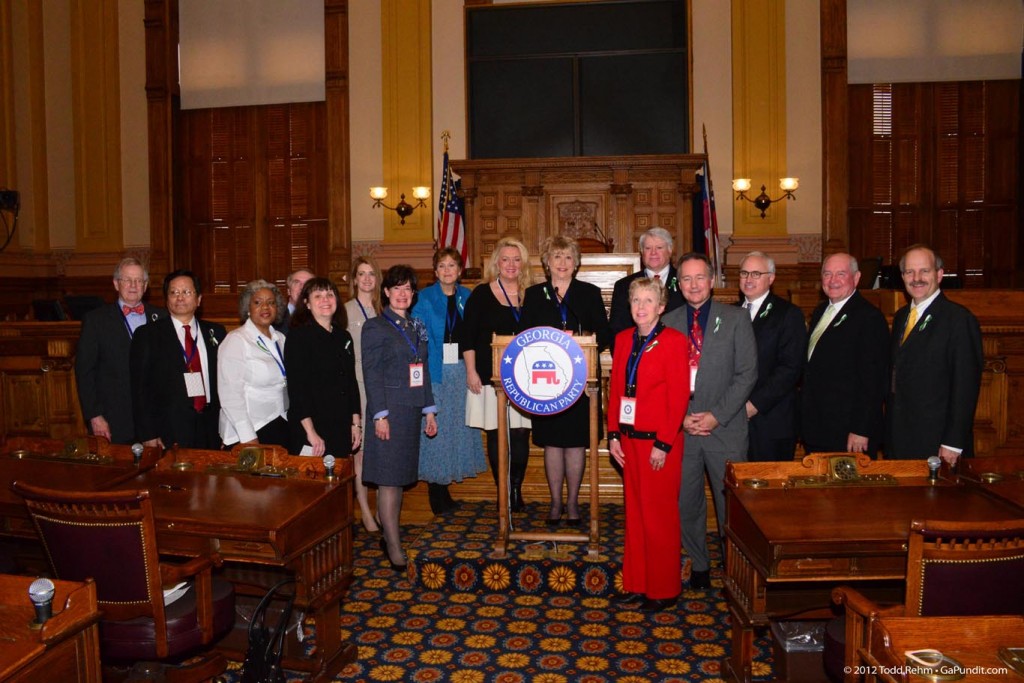 Yesterday, Georgia’s Republican Presidential Electors met in the Senate Chamber of the State Capitol to formally cast their ballots for Mitt Romney for President and Paul Ryan for Vice President. This was repeated in states across the nation, and is the personification of the electoral college we learned about in civics class. 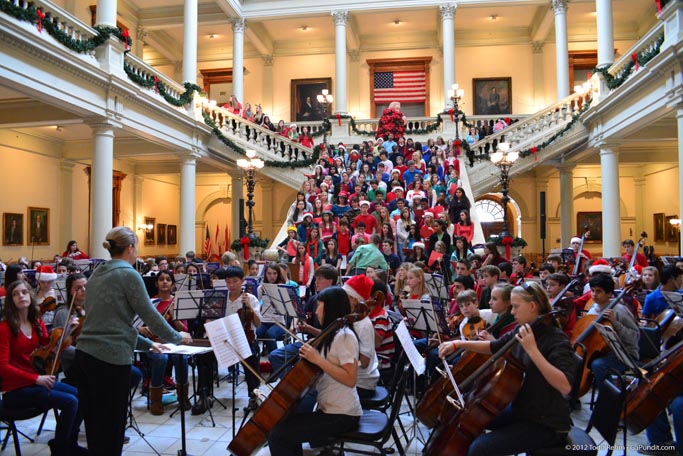 A student musical group played Christmas Carols in the atrium of the Capitol.

DeKalb County Public Schools have been put on probation by the accrediting agency after an investigation of allegations of mismanagement.

The decision by the accrediting agency could have wide-ranging effects on the local economy, observers say, from discouraging businesses from relocating to DeKalb to depressing housing values, which already have dropped precipitously.

The problems stem from a decade of “poor, ineffective governance” that has caused a decline in academic performance and pushed the nearly 100,000-student system to the financial brink, said [Mark] Elgart [a spokesman for the accrediting agency]. The district could finish the school year in a deficit should any unforeseen expense arise, he said during his morning announcement.

DeKalb school board Chairman Eugene Walker said at a later news conference that he hadn’t had time to “digest” the SACS report, but he promised school officials would work together to regain full accreditation. Superintendent Cheryl Atkinson, who attended the same press conference, did not speak.

At his news conference Monday, Walker said, didn’t address any specific allegation, but said, “I know I’ve done something wrong; I just don’t know what it is.”

While probation in itself carries no technical consequences for students or the district, it could mean the end of the road for the school board.

A new state law allows the governor to replace school boards in systems on probation.

The Georgia board of education must schedule a hearing within 30 days. DeKalb officials will be asked to give their side, and the state board will then determine whether the local board should be replaced. The recommendation is forwarded to the governor, who makes the actual decision.

Fulton County closed the cafe in the government building after complaints about roaches.

Former Douglasville Mayor Mickey Thompson, who lost the Republican Primary for House District 66, has pled guilty to 91 theft charges for taking pay for meetings that he did not attend. He paid more than $28,000 in restitution, will serve five years on probation, and cannot hold or seek public office again. Capitol denizens take note.

The Georgia Tax Tribunal will begin hearing cases on January 2, 2013 in an effort to settle state tax disputes more efficiently.

State Senator Judson Hill (R) will introduce legislation to allow a fractional SPLOST rather than only a full percentage point.

“The flexibility that is provided by a fractional SPLOST allows the county to present proposed projects that reflect the best stewardship of the county’s resources,” Hill said. “Many times over the years, additional projects have been added to the list to round out the funding formula for a 1 penny sales tax. Sometimes those aren’t all needed, and this proposal would give the county leadership the flexibility to seek the funding levels that are actually needed.”

The bill would only apply to county and city SPLOSTs given that it would take a constitutional amendment to change the education SPLOST law, said state Rep. Ed Setzler (R-Acworth), a supporter of the idea.

The proposal will meet with opposition from the Georgia Municipal Association, however.

“Because the way the SPLOST distribution is set up, they have what they call Tier 1 projects, which are county projects, like courthouses, bridges, jails, so those get paid first out of the SPLOST, and then the city stuff falls after that,” GMA spokeswoman Amy Henderson said. “Our concern with a fractional SPLOST is that all the projects done with the fractional SPLOST will be Tier 1 projects and that cities, even though they will be contributing — most of the commerce takes place within the cities — the cities won’t actually get any of that sales tax.”

Three Forsyth County Commissioners elected last month will be sworn in on Thursday.

The search committee to identify a new president for the University of Georgia has narrowed the candidate list to nine from sixteen.

Southern Company, the parent of Georgia Power, was named the best utility in North America by Electric Light & Power magazine.

Southern Power, a subsidiary of Southern Company, will provide at least 325 megawatts per year for seven years beginning in 2016 to Cobb EMC.

Some folks who make a living by remaking brands think Georgia’s brand needs an update.

Now leading business and political figures are rumbling anew about the need for another marketing revamp. At legislative gatherings and business meetings, officials are laying the groundwork for a push to polish Georgia’s image again.

“We don’t have a great brand. We don’t,” said Chris Cummiskey, the head of Georgia’s economic development arm, at a recent meeting with powerful lawmakers and state officials.

“We do have to look at how we brand ourselves,” he said, lamenting that the state’s image hurts its efforts to attract high-paying research jobs from Silicon Valley or the Research Triangle. “We have to get people to realize there’s a reason to be here and stay here. Because the growth in our future is going to be in the innovation jobs.”

Marketing experts say there’s no question that a state’s brand matters. States with negative associations will struggle to attract new residents and businesses, while strong brands such as the Silicon Valley serve as a magnet that can build the brand further.

“My sense is that Georgia has a positive brand but it isn’t associated with technology and innovation,” said Tim Calkins, a marketing professor at Northwestern University who specializes in branding efforts. “Changing the associations people have with a brand takes time. Developing some new marketing campaign is a good move – but it won’t have a huge short-term impact.”

Georgia’s marketing budget lags behind those of many other states. The state spent about $2.5 million in fiscal 2011-2012 to promote tourism, among the lowest amounts in the region, according to the U.S. Travel Association, an industry group. Georgia’s spending on marketing the state also ranks among the lowest in the region in per-capita spending.

Well, it’s probably cheaper to put on a fresh coat of paint than to repair the underlying problems.