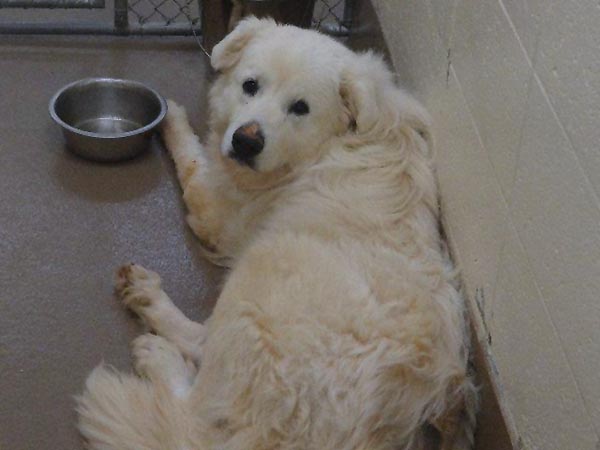 Here is an adult male Great Pyrenees who will be available for adoption from Gwinnett County Animal Shelter beginning November 25th. 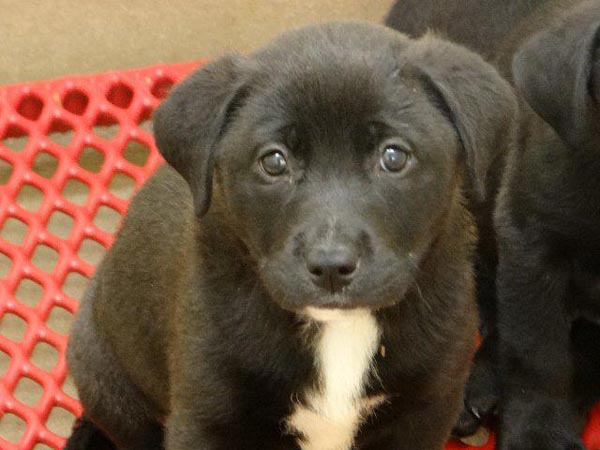 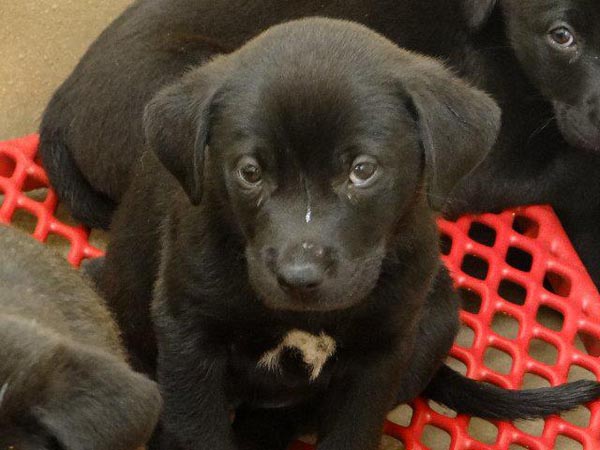 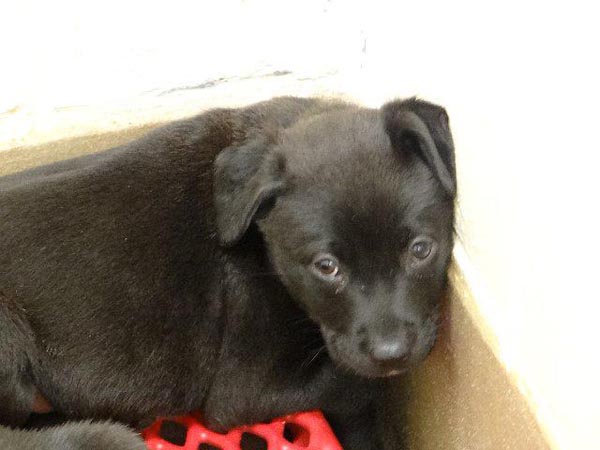 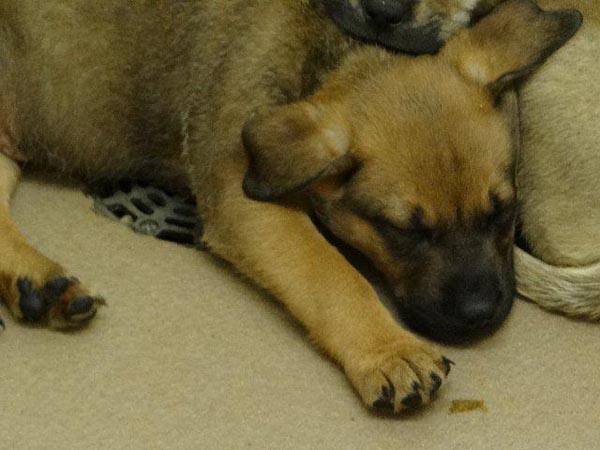 Georgia Secretary of State Brian Kemp offers a reminder that during the holiday season, fraudsters will attempt to tap into good feelings and generosity.

Kemp, whose office regulates charities, says that groups sometimes pose as charities to commit fraud. Other groups, he notes, are legitimate but spend lavishly on salaries and operations, rather than on core charitable functions.

Donors should absolutely avoid responding to telephone solicitations and never give credit card or other personal or financial information over the phone. Kemp advises asking telephone solicitors to send requests in writing.

In Gwinnett County, Sabrina Smith of Citizens for Responsible Government has filed suit against the Chamber of Commerce, County Commission, and Partnership Gwinnett over the expenditure of county government funds. The Chamber supported passage of T-SPLOST.

“They are spending money on lobbyists and advertising,” said Smith’s attorney. “It’s against the law for them to use your tax money to defeat your will.”

While public records show that the county government has given $500,000 annually to the Partnership Gwinnett effort for years, and the school board has funded two employees at a rate of $150,000 annually, Smith has requested Chamber of Commerce records on how the money is spent.

“I’m very suspicious that they are fighting so hard to keep these records undisclosed,” he said, adding that he intends to eventually sue commissioners, school board members, School Superintendent Alvin Wilbanks and Chamber of Commerce President Jim Maran personally, seeking that they reimburse the governments the millions of dollars “misappropriated.”

He said he expects Attorney General Sam Olens to intervene. In an opinion last month, Olens said school boards cannot expend funds — either directly or indirectly through another affiliation — to support or oppose a ballot measure.

Roll Call notes that the bench is thin for Georgia Democrats heading toward the 2014 elections.

The state is more African-American, more Hispanic and more Democratic than it was at the beginning of the last decade. Eventually, insiders of both parties agree, it will be a swing state.

But looking ahead to 2014 — when Republican Sen. Saxby Chambliss and Gov. Nathan Deal are up for re-election — Democrats don’t appear to have much of a bench lining up to run statewide.

Among the names he floated: Atlanta Mayor Kasim Reed and Rep. John Barrow.

Reed, a business-friendly African-American Democrat, would probably be the strongest contender, but he appears very unlikely to run.

“Mayor Reed is running for re-election as Mayor of Atlanta in 2013 and if the people give him another four years, he plans to serve his term,” Reed spokeswoman Sonji Jacobs Dade said in a statement.

Barrow, a white conservative Blue Dog Democrat who won in a heavily Republican district on Election Day, would have an easy time appealing to Republicans. But his aides said he had no interest in a Senate run.

LOL at how people outside Georgia think John Barrow is conservative.

The rest of the new leadership team will be all female, including Sen. Horacena Tate of Atlanta, who will become the first woman to head the Senate Democratic Caucus as chairman.

The rest of the team will include Sen. Valencia Seay of Riverdale as caucus vice chairman, Sen. Gloria Butler of Stone Mountain as vice chairman in charge of campaigns and fund-raising, and Sen. Nan Orrock of Atlanta as caucus secretary.

Two notable facts there: first the role of women filling most of the leadership slots; second, not one of them is from outside Metro Atlanta. That makes the last all-male bastion in leadership under the Gold Dome the Senate Republican Caucus. Consider whether that is the message we wish to send.
The Georgia Public Service Commission approved Georgia Power’s expansion of solar power through buying an additional 210 megawatts over the next three years.

Georgia Solar Utilities Inc., a company launched in Macon, Ga., earlier this year, filed an application with the PSC in September for authority to generate solar energy in Georgia on a utility scale.

But the commission’s staff recommended that the PSC dismiss the application, citing the 1973 Georgia Territorial Electric Service Act.

Rather than dismiss the proposal outright, however, the commission in essence urged Georgia Solar Utilities to appeal to the General Assembly to amend that law and open up the solar business to competition.

Commissioner Doug Everett, who supported the motion, argued that Georgia will need all the additional solar capacity it can get if the Obama administration regulates coal out of existence as a source of energy and curtails the new “fracking” technology that has made natural gas supplies more readily available.

“Where are we going to get the [power] generation to replace the coal industry?” Everett asked. “We’ve got to look at everything.”

But Commissioner Stan Wise said the PSC has no business taking sides on an issue likely to go before Georgia lawmakers.

Suggesting that the proposed Georgia Solar Utility take their issues with Georgia Power to the Capitol is the equivalent of telling that annoying neighbor kid to go play in the busy intersection.
The President of the Georgia Sheriffs Association is asking Governor Deal to suspend Clayton County Sheriff-elect Victor Hill, who is under a multi-count felony indictment.

“Membership of the Georgia Sheriff’s Association are quite concerned with the entire matter. It would be very difficult to carry on in that position of leadership, I think, while you have been indicted for felonious crimes in the county where you are the chief law enforcement officer. Certainly it’s embarrassing. Mr. Hill has not been convicted. And we are acutely aware of that,” said [GSA President] Sills.
Hill’s attorney, Drew Findling, disputed the GSA’s assertions.“I think [Clayton County residents] are entitled to have a sheriff that reflects their choice, not the choice of white people,” said Findling.
“We don’t care about a sheriff sitting in the middle of Georgia, or a sheriff on the coast, or south Georgia, north Georgia —  the only people Victor Hill cares about are the people of Clayton County. And they have spoken,” Findling said.

Sanitation workers in DeKalb County are interested in unionizing after they see how well that worked out for the folks employed by Hostess.
Some Doraville residents oppose an annexation because it would bring a strip club into the city limits.
Metro Atlanta’s population is approaching 5.5 million, making us the ninth largest metropolitan area in the nation.
Mass layoffs have been curtailed in Georgia, according to statistics from the Feds.
The app that updates traffic information for Georgia’s Navigator system is being updated itself.

According to a press release, Waze will provide enhanced traffic data to Georgia travelers within its existing mobile app.

The free application, available at the App Store, the Goodle: Play Market or by visiting http://m.waze.com, collects traffic data from its 29 million users worldwide to augment real-time traffic conditions. The citizen-based traffic, hazard and incident data will be verified by the Georgia DOT then populated to the NaviGAtor website and phone system.

“Commuters know that they can help each other reduce the stress and inconvenience of traffic simply by turning on our app,” said Chris Butler, director of business development for Waze. “Moving forward, we’re excited to be working with Georgia DOT and Iteris on the NaviGAtor 511 system to offer these expanded benefits and increased exposure to the Georgia Wazers.”

Go ahead and scratch out the following days in your planner for the 2013 Georgia Republican State Convention.

The owner of a legal brothel in Nevada has been elected to the Storey County Commission.

Gilman, 68, a self-described “dye-in-the-wool Republican who loves American values,” said he encountered few objections to his Mustang Ranch ownership during his campaign in the county of 4,000. He won with 62 percent of the vote on November 6.

He is a married father of four with nine grandchildren. All but one of his children, including one of his daughters, work in the family business.

His claims that his bordello, located along Interstate 80 some 10 miles east of Reno, has contributed more than $5 million to the county’s budget over the past decade. It has 44 full-time employees, and 30 to 80 working girls, depending on the season.

“To 99 percent of the voters, they view it as just a business,” Gilman told The Associated Press. “It’s a prosperous business that’s helped the county.”

“His election speaks to the acceptance of prostitution in rural Nevada, where it’s just understood,” Rocha said. “It goes back to a longstanding libertarian tradition, and laws reflect that. It’s different in urban Nevada, where prostitution is a mixed, controversial bag.”

I thought it was the other way: first you get elected, then you become management in a whorehouse.