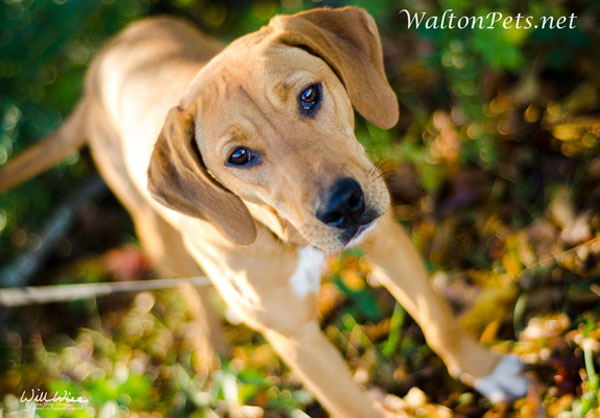 “Disco” is a young, 8-10 month old hound dog mix who weighs 37 pounds and is available for adoption today from Walton County Animal Services. If you’re a runner looking for a dog to accompany you, she would be a good prospect. 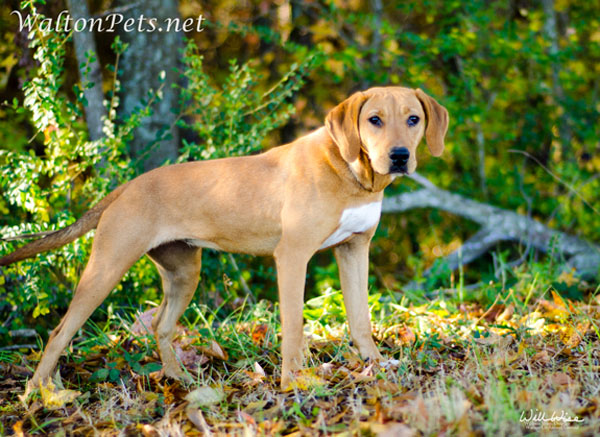 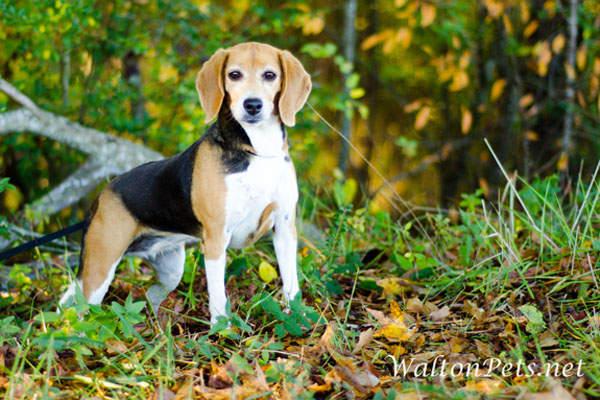 “Chamie” is a six-year old, 25-pound Beagle who was turned in by her family because they’re moving. She is good with children and other dogs and is already spayed. 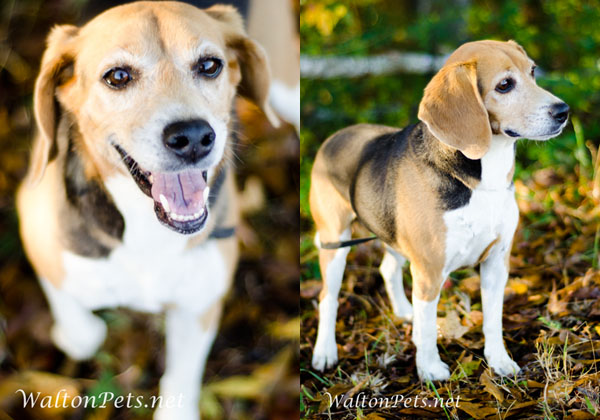 “Lulu” is a tiny little Retriever/Terrier mix puppy who is available from Fayette County Animal Shelter in Peachtree City. 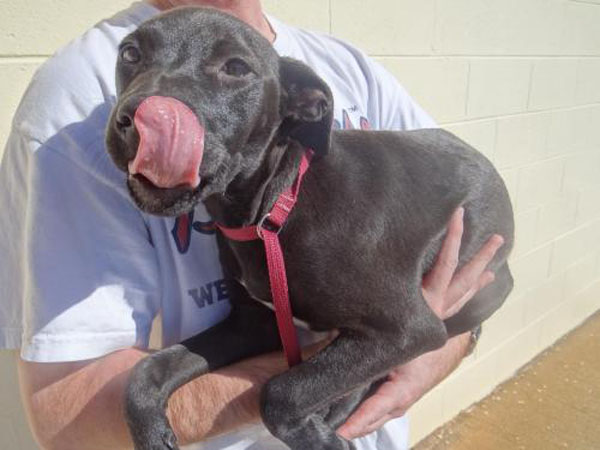 “So, I, like all of you, can look back on my family’s history and remember the times when we felt necessary to go to war to defend our country’s freedom and our own interest and also protect the interest of many other people,” Carter said.

“What makes us strong and proud as Americans, is to look back and see the thousands who have given their lives in service of our country and to .. .make sure we are able if necessary and willing, even eager on occasion, to devote our lives to the principals that have kept our country free.” Carter concluded.

Congressman Tom Price (R-6) will be on a different kind of ballot today as the Republican caucus in Congress meets for closed-door leadership elections. Price is running for Conference Chair, the fourth-highest ranking position in the Congressional leadership. Among his high-profile backers is Congressman Paul Ryan, recently the VP nominee.

If Price wins today, it might be a sign of GOP dissatisfaction with Speaker John Boehner, but not quite rising to full-out mutiny.

Price has publicly broken to the right of the GOP House leadership at times. He said Sunday on Fox News, for example, that he disagreed with House Speaker John Boehner’s view that the Affordable Care Act, often called “Obamacare,” is “the law of the land” and Republicans should abandon efforts to repeal it. But he has not always differed. Price voted for last year’s debt-ceiling compromise when many House conservatives refused.

His willingness to advocate vociferously for the right has earned him endorsements for conference chairman from Freedom Works, a tea party-related activist group, and influential RedState blogger Erick Erickson, of Macon.

Also running for party leadership in Washington is Congressman Tom Graves, who seeks election as Chairman of the Republican Study Committee.

The Republican Study Committee (RSC) has been a voice for fiscal conservatism in the House, fighting for real spending cuts, tax reform, and solving the looming crisis with entitlements. With more than 160 members in its ranks, the RSC will play a significant role in the discussion over fiscal policy in the House over the next two years and it needs a new leader, a fresh face with strong ideas on these important issues.

It must have chafed the Atlanta Journal-Constitution’s PolitiFact to find that Governor Nathan Deal’s spokesman Brian Robinson was telling the truth when he said that half the lottery directors across the country don’t have experience running a lottery.

Some of the recipients sit on a little-known legislative committee charged with overseeing that state authority, which is poised to ask legislators to boost its borrowing limit as part of a deal to build a $1 billion retractable-roof stadium for the Atlanta Falcons.

The panel’s current members have received more than $9,000 worth of gifts since 2010, when key legislation was passed that set the stage for the proposed stadium. Some said they were concerned about accepting gifts as negotiations over a new stadium heated up. Others were unapologetic.

The Columbus Ledger-Enquirer tallies the potential costs to taxpayers.

The dismissive arrogance of the Georgia political class concerning the “generosity” of interests with pending legislation, and the corrosive effect on public confidence in government, can no longer surprise anybody.

The problem this time is that some relatively small numbers at the start of this story might grow into some really huge ones by the end of it.

That [legislative] committee is charged with oversight of the World Congress Center Authority, which is expected to ask the General Assembly next year to raise its borrowing limit to build a new retractable-roof stadium for the Atlanta Falcons.

This isn’t a vague, long-term proposition: The Congress Center Authority is trying to reach a deal with the Falcons by the end of the year — meaning about six weeks from now.

The appropriateness of public funding for a private franchise’s profit venue is one debate (although if this process is any indication, it’s no wonder the NFL is the richest league in sports). To arrange such funding with little or no public involvement is quite another.

In a blog titled “Opened roof, closed doors,” Common Cause Georgia (www.CommonCauseGA.org) board member and former lawmaker Wyc Orr asks, “How does a public authority get so far along in the process of cutting deals with a private entity involving the bartering, encumbering, obligating and expending of public money, property and resources without at least some significant semblance of public awareness and input …?”

Good question. If truck races and wrestling tickets are part of the answer, that’s pretty pathetic.

A recount in the Rockdale County Sheriff’s election resulted in a one-vote change, but incumbent Republican Jeff Wigington remains out of the money by 32 votes out of more than 37,000 votes cast.

Sheriff Wigington’s attorney, Paul Vranicar, said following announcement of the recount results Tuesday. “At this time the sheriff has not made any specific decision regarding whether a further challenge of the electoral results will be necessary. There is a lot of information we need to sift through, a few leads we need to follow up on and data we essentially need to analyze before that determination can be made. Under the law, the sheriff would have five days to make that determination before filing a suit in Rockdale County Superior Court.”

“We’re left in a situation where we don’t really know how to address the concerns of certain regions, places like metro Atlanta, while preserving the advances made with the passing of T-SPLOST,” [Sen. Jesse Stone] said.Entering into a post-election cycle, Rep. Harbin said, means putting politics aside and addressing the needs of the state. He said on a federal level he was particular concerned with the issue of the fiscal cliff and regionally, how the Health Care Affordability Act might affect his constituency.““Look, that act is about compassion,” he said. “I get that. I appreciate that. But we have to be responsible in what we do and I don’t think expanding Medicaid, at this time, is correct.”In his own closing statements, Sen. Bill Jackson, referred to as the unofficial chaplain of the Senate floor by Sen. Stone, summed up the group’s focus moving forward.

“It’s time to circle the wagons,” he said. “This is not the time to get discouraged. It’s time to hope, to dream and to pray.”

The Bibb County delegation will consider making all local offices nonpartisan following the merger of City of Macon and Bibb County governments.

Sen. Cecil Staton, R-Macon, said Tuesday that he has already drawn up a bill to that effect for introduction when the General Assembly convenes in January.

Staton said the legislation would cover the offices of mayor, commissioners, the Bibb County school board and the Macon Water Authority, as well as other locally elected positions, such as coroner.

Some positions — sheriff and district attorney, for example — wouldn’t be covered by the legislation, because those offices are mandated to be partisan.

But Staton said he frequently hears from his constituents about making local offices nonpartisan — something that’s the case far and wide across Georgia.

“The people have spoken,” he said. “That’s one thing I heard from constituents, something we heard during the town hall meetings (for consolidation). … Augusta-Richmond (County) is the only consolidated government to have partisan elections. The other ones — Columbus, Athens — don’t.”

State Rep. Nikki Randall, D-Macon, said she opposes nonpartisan elections because a political party can tell a voter a lot about a certain candidate.

“I’ve always been opposed to nonpartisan elections,” she said. “To me, it’s a solution that’s looking for a problem. I choose to be a Democrat because it is in line with my personal beliefs and values. Why wouldn’t I want to have that label?”

Randall said there are too many uninformed voters already and by removing the party label from a candidate, it deprives them of another piece of information about that candidate. But [State Rep. Allen] Peake said party issues don’t tend to matter on the local level.

“At the end of the day, in local elections, (party affiliation) shouldn’t matter,” he said. “It should be the quality of the candidate. I think this is a move in the right direction.”

In Fulton County, control of the local legislative delegation will be in GOP hands in the next session of the Georgia General Assembly.

When asked about the relationship between Cobb and Fulton counties, [State Rep. Sharon] Cooper said the Republican-controlled state legislature made a change for the better in the redistricting process.“For the first time ever, Republicans will control the Fulton County Delegation,” Cooper said. “What happens is each delegation of legislators, like the Cobb legislators, make decisions about Cobb on some issues.”The trouble with the Fulton County Legislative Delegation, Cooper said, was that it was majority Democratic, and the Democrats excelled at placing roadblocks in the way of major decisions and changes.

Philip Wilheit has been elected Chairman of the Board of Regents for a one-year term by his colleagues. Wilheir served on the State Board of Education from 1996-1999.
Three members of the Columbia County school board declined free iPads to be issued by the system. Kudos to them.

“I say we save the money and use it for something else,” Whitaker said.

Beginning January 1, 2013, farmers will receive an exemption from the state sales tax on materials used for growing crops, but they must apply for the exemption.
Atlanta-based Action Ministries and HOPE Atlanta have received a $1 million grant from the VA to help homeless veterans and vets at risk of homelessness.
Whale spotters off the Georgia coast hope to be busy as calving season begins for the endangered Right Whales.

Officials in Georgia believe they spotted the first right whale in southern waters this calving season Friday near Wassaw Island. The whale was swimming with about 20 dolphins about a mile from shore, said Lt. j.g. Chris Briand of NOAA’s officer corps, who was piloting the boat that reported the siting.

“For this area and this time of season, that far in shore, it would’ve been a right whale,” said Briand, who saw enough of the whale above the surface to estimate its length at about 25 feet.