Saturday voting will take place across Georgia tomorrow, October 27th. Click here to check times and locations for your county. If I were going to vote tomorrow, I would probably take a bottle of water, a folding chair, and something to read. Better prepared for a wait that doesn’t happen.

We’ve received several messages that the photos aren’t showing up in our morning emails. We’re working with technical support to figure out what’s happening. You can always view our daily adoptable dogs on our website, GaPundit.com. 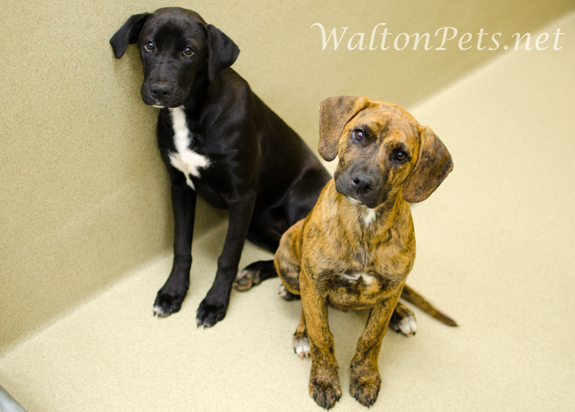 Trick (right, male, brindle) and Treat (left, female, Oreo) are hound dog siblings who weigh about 25 pounds each and are about six months old. They’ll be ready to be adopted on Saturday from Walton County Animal Services. 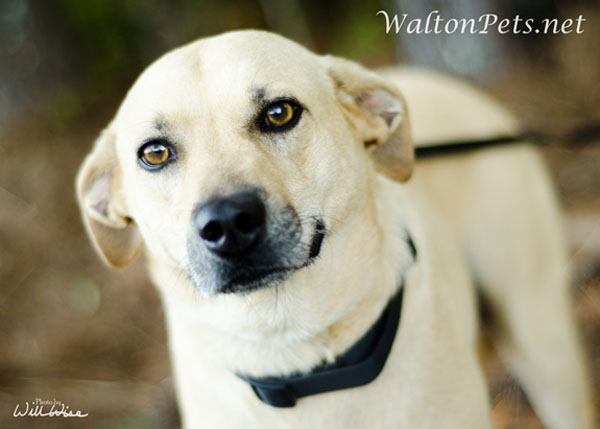 Bella is a yellow lab mix female who weighs 48 pounds and is estimated at 4 years old. She is said to be good with other dogs, sweet, quiet and loves to smile. You can adopt her for $40 from Walton County Animal Services. 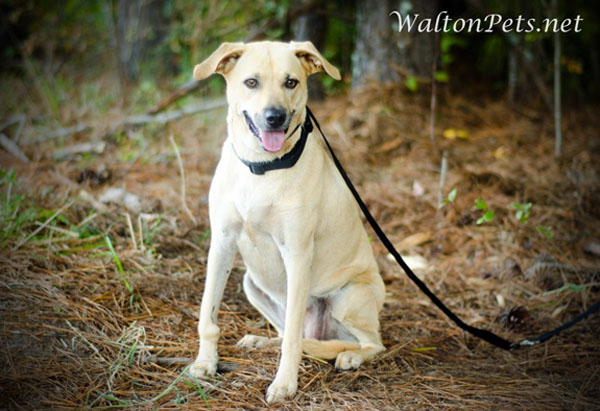 Angels Among Us Rescue, who arranged the rescue of the three lab puppies from Murray County, are in a contest to win $10,000, which will help save more dogs and cats. Please help them by voting for Angels Among Us Rescue every day between now and the end of the contest.

COMPUTER USERS: Click here: http://tinyurl.com/cd7szhm. You must first “like” their page then click the red “Vote Here” button to go to the page where the voting occurs. If the number of votes appears below our logo, it hasn’t been 24 hours since you last voted. Please try again later.

MOBILE DEVICE USERS: Click here: http://tinyurl.com/cd7szhm. You may be asked to download an app the first time that will allow you to vote using a mobile device.

As of Wednesday, nearly 800,000 Georgians had voted early or requested an absentee ballot for the November 6th General Election.

In Gwinnett County, not only will you be able to vote on Saturday, but four satellite offices will allow you to vote early closer to home.

Polls will be open from 9 a.m. to 4 p.m. Saturday at the Gwinnett Elections Office (455 Grayson Highway in Lawrenceville). Four satellite offices, which will be open all of next week, will also be available for those wishing to cast early ballots.

County spokesman Joe Sorenson confirmed Thursday that disabled voters and those over 75 years old are being permitted to go to the front of the line during early voting, and will be on election day as well.
Nov. 2 is the last day to request an absentee ballot in the Nov. 6 election.

Congressman Rob Woodall (R-7) will attend a Trolley Tour sponsored by the Gwinnett GOP to promote the availability of Saturday voting.

“During his tenure on the Public Service Commission, Chuck Eaton has assisted my efforts for economic development and job creation in Georgia. Chuck Eaton shares my top priority to make Georgia the No. 1 state in which to do business. By working to repeal of the tax on energy used for manufacturing, Chuck’s strong, conservative record helps make this goal a reality.”

Governor Deal has cited the repeal of the sales tax on energy used in manufacturing as an important factor in Georgia attracting jobs from Caterpillar and Baxter International.

Georgia’s Speaker of the House, David Ralston (R-Blue Ridge), will appear at a fundraiser with Micah Gravley (R), candidate for State House, on Monday, October 29th from 6:30 to 8 PM at the Rock Inn, located at 7981 Highway 78 in Winston, GA 30187. Click here to view the invitation. To R.s.v.p., email Leigh Ann Gillis. 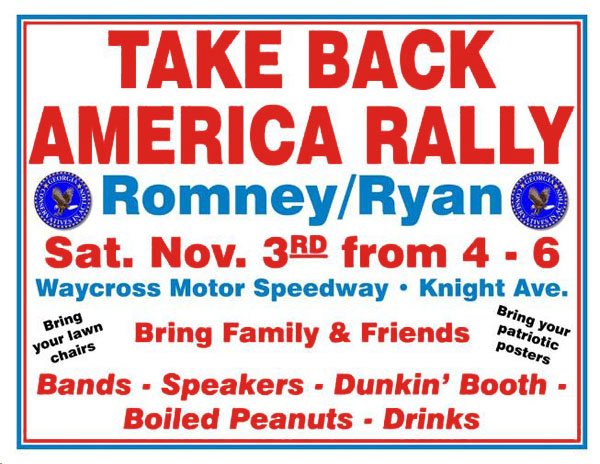 Georgia Conservatives in Action are sponsoring a Take Back America Rally on Saturday, November 3d from 4-6 PM at the Waycross Motor Speedway. Every event I’ve been to with GCIA has been outstanding, and if you’re in the area, it’s sure to be a great family-friendly event.

Former and possibly-future Clayton County Sheriff Victor Hill (D-Mars) will not be tried on more than 30-count felony indictment before his election on November 6th.

If Hill defeats a write-in candidate — he faces no Republican opposition — and is sworn into office, Gov. Nathan Deal will be asked to remove him from office until the criminal case can be resolved.

“What we hope will happen is that the governor will suspend him on the day he takes office,” said Putnam County Sheriff Howard Sills, president of the Georgia Sheriffs’ Association.

Hill, who served as Clayton County sheriff in 2005-2008, was indicted last January on 37 felony charges — including four counts of racketeering — that accuse him of using his office and his 2008 re-election campaign funds for his personal benefit.

Last week, Clayton County Superior Court Judge Albert Collier dismissed five charges — two racketeering and three theft by taking charges involving campaign money. He said the theft charges are unwarranted because the funds belong to Hill and there is no victim. Misuse of campaign funds, which could be an alternative to the theft charges, is a misdemeanor, Collier wrote, and a racketeering charge requires at least two felony counts to support it.

Prosecutors filed notice that they will appeal that decision Thursday, causing the trial, scheduled for Nov. 26, to be delayed because new hearings are required.

She hit the incumbent hard on issues that matter — high turnover in the D.A.’s office for the last four years, botched prosecutions and accusations from employees that led to a $270,000 penalty against Chisolm.

In response, Chisolm tried to argue that the revolving door in his office is no big deal, even comparing it to employee turnover in other industries, like fast-food restaurants. Huh? Prosecuting criminal suspects isn’t like making Big Macs. Minimum-wage workers who work on Mickey D’s assembly lines are easily replaced. Not so career prosecutors, victim witness directors and other critical staffers.

Chatham Sheriff Al St. Lawrence and his opponent McArthur Holmes have agreed to refrain from negative references to each other for the rest of the campaign.

The two men in the sheriff’s race have a long history of serving the public. There’s plenty of fodder here for a robust, informative campaign that will help voters make a choice on Election Day.

The incumbent has spent his entire career in law enforcement, including 20 years as sheriff and another 21 years as chief of the county’s police department (later merged with Savannah’s police department). The challenger has worked for the Sheriff’s Department for more than 33 years, including the last 11 as jail administrator.

For example, Lindsey believes parents should have the right to change the administration of a low-performing school.

Lindsey believes a system needs to be in place that identifies and rewards good teachers.

However, it will also weed out educators that aren’t necessarily “making the grade” and improve those teachers who have good qualities but need to improve in some skills.

A member of the house education committee, Rep. Lindsey is a staunch supporter of charter schools.

This coming legislative session, he will push for what’s called a parent trigger law.

“Particularly for kids who are in failing schools, we need to be able to give parents and those students alternatives such as a conversion charter so that those kids can have a shot at the American Dream.”

So far seven states have passed legislation that would fall under the parent trigger law concept.

Critics say local school boards and even state education departments should be the ones parents turn to regarding failing schools.

Stating that plaintiffs and attorneys did not meet a 10-day deadline to file documents that verified their claims, Superior Court Judge Dawson Jackson dismissed the complaint, which alleged local leaders were using time and money to campaign against a Nov. 6 ballot question.

In his order released on Thursday, the judge also cited the Anti-SLAPP regulations.

“The activities complained of by the plaintiffs involved the constitutional rights of freedom of speech of all of the defendants,” Jackson wrote. “Each defendant was speaking about a matter soon to be submitted to the electorate for a vote regarding public educational funding. In light of the plaintiffs’ claim, the requirements of state code apply.”

State code requires plaintiffs and their attorneys to file a written verification under oath.

The plaintiffs did file verifications, but there were omissions, including one of the plaintiffs and all of the attorneys.

Defendants in the suit called attention to the omission of names on Oct. 12. From that date, the plaintiffs had 10 days to provide all verifications.

Because they did not do so in 10 days, the judge tossed the complaint, citing Georgia code: “If a claim is not verified as required … it shall be stricken unless it is verified within ten days after the omission is called to the attention of the party asserting the claim.”

Floyd County voters heard from advocates on both sides of the Charter School Amendment.

Pro-Charter School Amendment supporters have released a TV ad that you will likely see ad nauseum if you’re in the Atlanta media market. 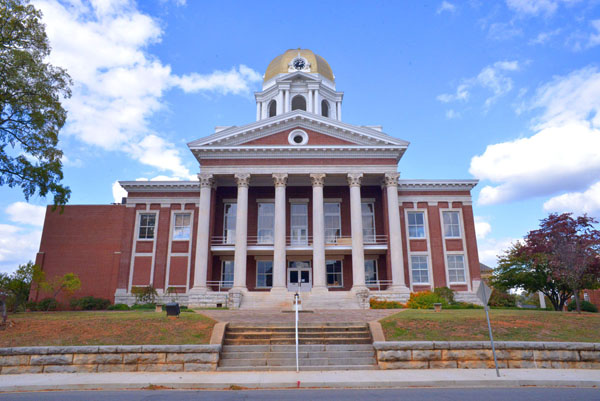 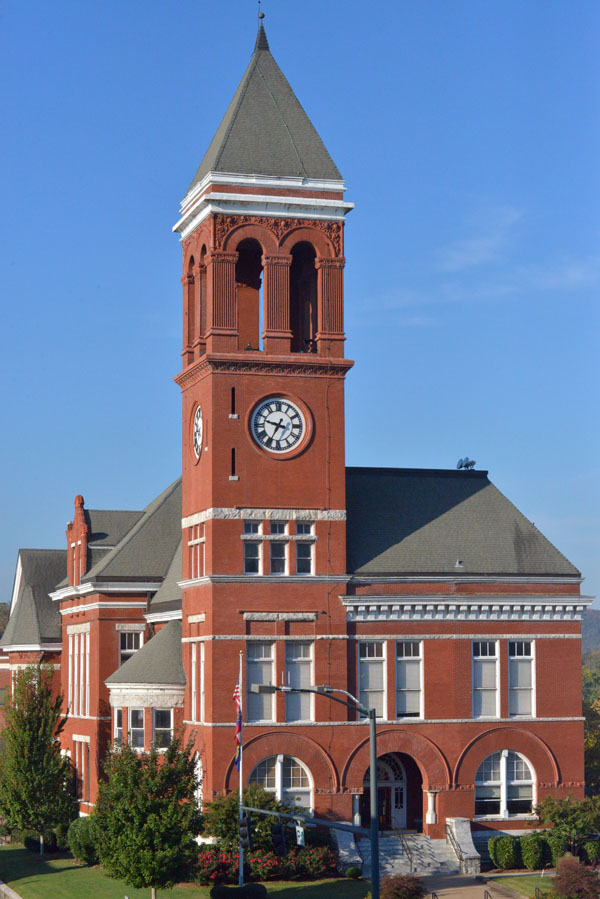