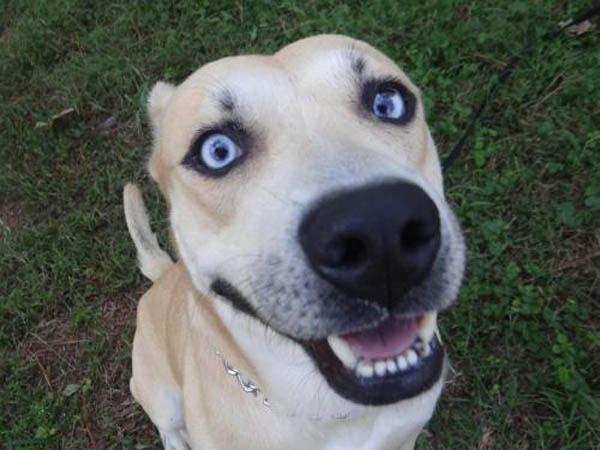 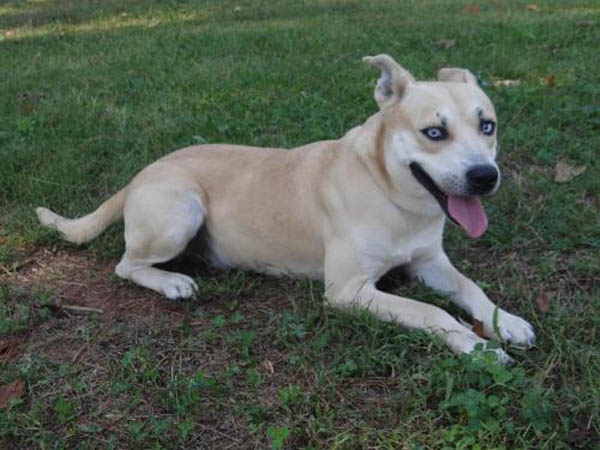 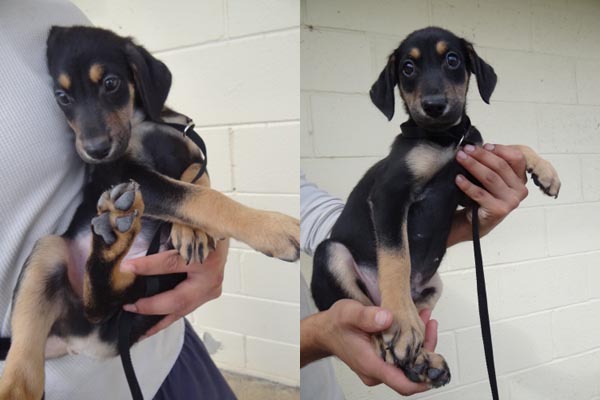 Either way, though, it may matter little, as pre-debate polling by Rasmussen found that only 18% of American voters said that the Vice Presidential debate would be very important to their vote choice. History suggests that the VP candidate has very little influence on the eventual election results.

Rep. Mike Jacobs, R-Atanta, who heads the General Asssembly’s MARTA oversight committee, sent Olens a Sept. 13 email in which board members were asked for their ‘vote” and noting that: “We decided that by close of business today we would have decided on our successor.” The public vote to hire San Antonio transit chief Keith Parker was on Oct. 4.

Olens declined comment on the MARTA case because it’s an open investigation. But the attorney general told The Atlanta Journal-Constitution the Open Meetings Act prohibits any voting by a public agency in private, except for a non-binding vote in real-estate transactions. Executive searches do not qualify for any exception regarding voting.

MARTA Board Chairman Fred Daniels told the committee the board’s lawyer said only the vote naming the new general manager needed to be public. Previously board attorney Charles Pursley had described the “vote” mentioned in the emails as simply gathering opinions to winnow the candidate pool and the only public vote required was the “binding” vote.

“This seems to fit that profile,” she said.

Attorney Robert Highsmith, who represents the board in the investigation by Olens’ office, said MARTA officials had operated at a higher standard by making two finalists’ names public. Highsmith said legally the board could have winnowed the finalist list down to one contender. He also contended board members were free to poll each other in private.

“It is perfectly appropriate for members to ask each other how they intend to vote — it happens all the time,” he said.

The Saporta Report is defending Maria Saporta’s column inveighing against Rep. Jacobs by claiming with a straight face that MARTA’s $10,000 payment did not influence her opinion.

It is sort of a cross between sponsorship and editorial in that different organizations have agreed to pay SaportaReport an annual fee in return for us hosting and promoting their individual websites that discuss topics relating to their industries and/or areas of expertise.

Earlier this year, after long discussions, MARTA agreed to sign a contract to participate in sponsoring a thought leadership column. I’ve had many discussions with Lyle Harris, MARTA’s chief spokesman and media relations press officer, about the benefits of such an investment and how and when the public entity should start publishing their weekly blogs.

This week, Maria chose to write a column about State Rep. Mike Jacobs, chairman of the legislative MARTA Oversight Committee (MARTOC), that was critical of his involvement in the selection of a new MARTA general manager to replace retiring CEO Beverly Scott.

Others thought Maria was too critical. Some have taken the step of reporting MARTA’s purchase of a thought leadership site at SaportaReport as evidence that Maria was not objective in her coverage. I disagree. Maria has covered MARTA for years and her coverage at times has been positive. Other times it has been critical. I think she has been fair, though I personally do not know Mike.

That might change. Today I was informed that as MARTOC chair, Mike has requested – and will receive – copies of emails between Lyle and me and Lyle and Maria. I also know reporter Richard Belcher of WSB-TV has requested MARTA and SaportaReport documents and some bloggers have commented on Maria’s coverage.

The great thing about writing stuff on the internet is that people can’t tell when you’re giggling, writing something clearly goofy. Not that I ever do that.

“If MARTA is not in agreement with work of their legislative oversight committee, we must be doing something right.”

[L]ast week, Jacobs filed a complaint last week that the MARTA GM selection process did not follow Georgia’s Open Meetings Act, zeroing in on an email from MARTA Board Director Barbara Babbitt Kaufman asking other board members for their vote on the GM.

A lawyer told the Atlanta Journal-Constitution that the email did not violate any law.

Jacobs amended his complaint this week to also include falsification of documents, stating that Kaufman furnished a false affidavit to show compliance with the open meetings law.

11Alive has more. Maybe MARTA’s $144k psychological consultants could suggest that Mike, the MARTA Board, and Maria get together and hug it out [mild cursing at that last link].

A poll released this week by an anti-Charter School Amendment group suggests that Republican voter support for the Amendment is soft.

The survey, funded by the anti-amendment group Georgians for Educational Excellence, finds that 47 percent of Republican likely voters are leaning against the ballot measure, versus 29 percent leaning “yes” and 24 percent who are unsure.

53% support the Charter School Amendment and the media’s story is that it’s support among Republicans is “soft”?

Jim Galloway has the polling memo, and notes that according to its analysis, the Charter School Amendment is now opposed by more than 52% of voters. That’s in contrast with our finding more than a month ago of 48.3% support among all likely voters. We’ll be in the field with two polls on the issue over the weekend and bring you a sneak peek on Monday with full analysis Tuesday.

Polling questions about the incumbent’s performance have become an issue in the election for Bibb County District Attorney.

District Attorney Greg Winters, a Republican, criticized the phone calls for spreading “falsehoods” designed to plant doubt about his ability on the job.

Cooke, a Democrat reached later in the day, said the poll questions asked were legitimate and designed to find out what Bibb County voters are thinking. He said one voter contacted him because he said the questions were so balanced that he didn’t know which candidate put out the poll.

“I’ve not made any kind of ad phone calls,” Cooke said. “I’ve run the poll only. I’ve asked specific, factual questions about him.”

Here’s more on the polling dispute from WMAZ in Macon.

“This is an extremely important race for the House of Representatives and the Republicans there, and we’ve got a candidate who is in touch with the people of that district and reflects the common-sense, conservative vein that runs throughout this state,” Cantor said of Anderson. “Lee is a farmer. He’s someone who’s been in that community throughout his career, and he represents a stark contrast, really, to Mr. Barrow.”

Not surprisingly, Republican candidates for State House Bob Snelling and Micah Gravley lead their Democratic opponents in fundraising; this is particularly impressive for Gravley, who only entered the race last month. Micah’s a good man; show him some love by visiting his website.

Ales Campbell, who is running as a write-in candidate against Walker County Sole Commissioner Bebe Heiskell will have to prove she’s eligible to hold the office, a purely theoretical proposition, after a challenge to her candidacy based on records she disputes that show a tax lien.

Otis Lee Daniel, Jr., who is running for Peach County Coroner, is under investigation by the Secretary of State’s office.

According to Jared Thomas, Press Secretary for Secretary of State Brian Kemp,  retired Peach County Fire Captain Tony West filed a complaint alleging Otis Lee Daniel Jr., “put false information on his qualification form in that the candidate was convicted of a felony.”

According to court documents Daniel was convicted of a felony in August 1972. When he was seventeen years old, he pled guilty to burglary. Daniel told 13WMAZ’s Jennifer Moulliet he never served time in prison, and he gave us this document from the state Board of Pardons and Paroles showing that he was pardoned in 1988.

[The complainant] points to line F of the affidavit that Daniel signed to run for coroner. It says: “I have not been convicted of a felony offense or any offense involving moral turpitude contrary to the laws of this state or any other state or the United States.”

Under Georgia law, moral turpitude includes crimes like theft. However, another document signed by Daniel says: “if so convicted that my civil rights have been restored and at least ten years have elapsed from the date of completion of the sentence without subsequent conviction of another felony involving moral turpitude.”

Since Daniel was convicted forty years ago and has been pardoned, this should allow him to run.

Congratulations to our friend, Martha Zoller, who will be doing Tea Party outreach on behalf of Governor Nathan Deal’s political action committee. According to Jim Galloway, “Zoller said she may return to the airwaves early next year. She’s not yet ready to say where.”

According to an incident report from the police department, First Vice Chair Brian Laurens was ejected from the convention for interrupting the procedures. Laurens, who on Thursday called the incident minor, resigned from his position with the party in the days following the convention, citing family and business obligations as the reason he was stepping down.

Archaeologists have located remains of a stockade wall from Camp Lawton, one of the Civil War’s largest prisoner of war camps in what is now Magnolia Springs State Park located in Millen, Georgia.

The discovery was made late last week as the hit PBS television show Time Team America documented what was found and how archaeology helps tell the story of Camp Lawton’s history.

The park, along with University archaeology students and professors, will hold a public day this Saturday at the park.

The event will run from 9am to 3pm.

Visitors will have an opportunity to see the location of the stockade wall and discuss Camp Lawton and the television show.

“We found it. Standing where the corner of the Camp Lawton stockade once stood was one of the greatest moments of my archaeological career,” said Sue Moore, Ph.D., professor of Anthropology in the Department of Sociology and Anthropology at Georgia Southern University.

Well, Georgia may be number one in something, but not necessarily where we want to be. The state was found to be home to more illegal song downloading than any other state in the nation.