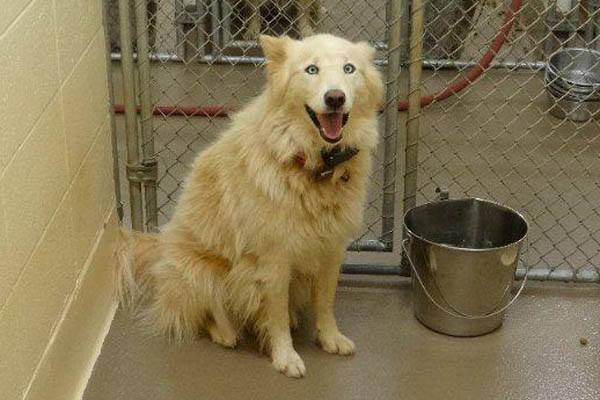 If you’re interested in becoming a discriminating reader of polling data, note the differences in the “likely voters” and “registered voters” numbers in both the Gallup and Pew polls, where it is enough to change the outcome of the election ballot question. We’ll be discussing this at length on the website.

A University of Georgia Journalism professor wrote in comments at the Athens Banner-Herald that “[m]ost professionals do not put a lot of stock in these [robo-polls].” The professor is wrong, and robo-polls have been shown to be every bit as accurate as traditional polls using live agents. And bad polls can be conducted, or good polls made inaccurate through statistical techniques no matter what technology is used for data collection.

Mike Hassinger, of InsiderAdvantage, notes the passing of his colleague Dick Pettys.

Pettys had a reputation for treating everybody with a level of fairness and respect that was exactly the same -which felt good if you didn’t deserve it.

The chairman of Georgia’s State Board of Education was once trying to explain why the State’s SAT scores hadn’t risen as much as officials had wanted. The problem with the rankings, explained the chairman, was that Georgia tested nearly all our high-schoolers, while other states didn’t test nearly as many of their students. Pettys raised his hand. “Johnny, are you saying that the reason Georgia is ranked as low as we are is because we have more dumb kids than the other states, or that Georgia’s kids are dumber than the kids in other states?” The chairman, now a United States Senator, was in fact not saying such a thing, and clarified his statement for Dick Pettys, who nodded, and took notes, and wrote it up in a story.

Pettys lived and worked in an era before “fact-checking” became a media necessity. He was the fact-check. He will be sorely missed by many, and our prayers tonight are with his family.

Hassinger is the only reason to visit that site and he really hits his stride in mocking Maria Saporta’s $10,000 contract with MARTA for “thought leadership.”

Walter Jones of Morris News Service writes about fundraising in the election for Public Service Commission, noting that “One-quarter of what the incumbent got came from lawyers for or executives of industries connected with those the commission regulates.” This conflicts with a July story in the AJC in which they wrote that “Eaton received 85.9 percent of his donations from companies and individuals identified in The Atlanta Journal-Constitution’s analysis.” Eaton’s opponent Steve Oppenheimer rounds up and says it was 86 percent.

The truth is that the AJC counted contributions made by Chuck Eaton’s father and a number of businesses that have no connection to the utility industry other than the fact that they use electricity to keep the lights on. I know this because the reporter who wrote that story sent me the list of what they considered “utility interests,” and their list included “Charles Eaton Sr.” Did the AJC purposely cook the books to smear an incumbent Republican officeholder?

Georgia Democratic Party Chairman Mike Berlon is charging that Governor Nathan Deal should be muzzled by the same Attorney General’s opinion in which Sam Olens wrote that local school boards do not have authority to take positions on the Charter School Amendment or other electoral matters. On their website, the DPG writes:

“The rules should be applied equally to everyone.  If the attorney general believes that public funds can’t be used to advocate for political issues, it’s not fair or reasonable to silence one’s position while the Governor advocates his own.  Let’s hope that the rules and the sanctions are the same for everyone.”

The full ten page letter sent by the DPG to Olens can be viewed here if you really have nothing better to do with your time.

“Sesame Workshop is a nonpartisan, nonprofit organization and we do not endorse candidates or participate in political campaigns,” the organization said in a terse, two-sentence statement. “We have approved no campaign ads and, as is our general practice, have requested that the ad be taken down.”

Romney’s campaign countered that the ad shows Obama is focusing on inconsequential matters rather than the urgent issues voters care about, like the economy and unemployment.

According to UGA, “the oval ‘G’ mark” is protected intellectual property and “[l]icenses must be obtained for the use of any UGA mark, image, photograph or logo in a commercial product.” And according to their use policy, “Individuals or organizations may not utilize UGA’s trademarks in conjunction with a candidate for political office or for policy/legislative initiatives.”

A Romney campaign spokesperson emailed me that this is not affiliated with the campaign, so it might just be trademark infringement solely for the sake of making money off Republican activists.

There is no Democrat on the Nov. 6 general election ballot. Hufstetler’s opponents in the primary were David Doss and Hayden Collins Jr.

State House District 12 covers all of Chattooga and the western half of Floyd County.

If your morning commute includes getting on I-85 from State Route 20 (Exit 115) in Buford or State Route 400 at McFarland Road (Exit 12) in Forsyth County keep your eyes out for new on-ramp traffic lights designed to control the flow of traffic onto the interstate.

Ramp meters are turned on before rush hour, and operate at different times of day depending on traffic patterns. Every 3-5 seconds, a cycle from red to green allows one vehicle at a time to merge onto the freeway. On two-lane ramps, the left and right lanes have alternating lights, so the left lane goes while the right is stopped, and vice versa.

“We’ll monitor these new ramp meters very carefully,” Georgia DOT Traffic Engineer Scott Zehngraff said. “If traffic starts to back up on the ramp, sensors will speed up the meters to allow more vehicles to move through. If our cameras show traffic spilling out onto the surface streets, we can turn them off completely.”