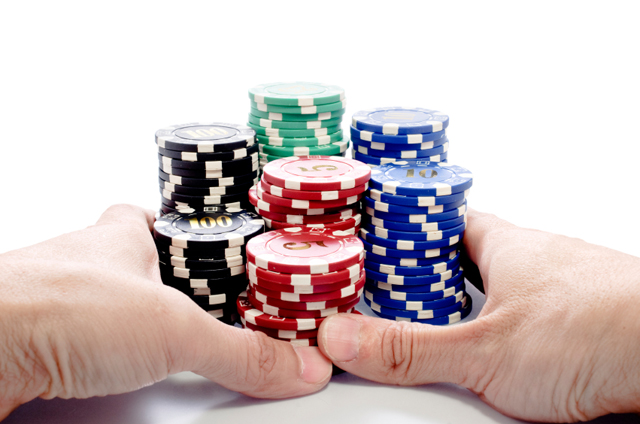 From the Atlanta Journal-Constitution:

Gary, who is cooperating with authorities, is soon expected to plead guilty to a federal bribery charge, his lawyer, Paul Kish, said. Gary made a brief court appearance Wednesday before a U.S. magistrate to be formally notified of the charge against him.

The U.S. Attorney’s Office charged Gary in a criminal information, instead of going before a grand jury and obtaining an indictment against him. This is typically done when defendants are cooperating with authorities in ongoing investigations.

According to the criminal information, Gary paid $30,000 worth of chips from an out-of-state gambling casino to influence Lasseter’s vote. Lasseter voted in favor of the transfer station on April 28, 2009. That following June, Gary gave the chips to her son, John Fanning, the court document says.

Why poker chips instead of cash? I was asking that myself until I read the Gwinnett Daily Post story:

Gary is the latest player named in an ongoing corruption probe into Gwinnett government officials.

Authorities allege that Gary gave $30,000 in gambling chips to Fanning at an out-of-state casino for votes in favor of a controversial solid waste transfer station in which Gary had a personal ownership interest.

That the payment was made in gambling chips and to Lasseter’s son was meant to mask the fact that she would profit from her vote in favor of the $4 million waste transfer station near the Gwinnett County airport, according to Gary’s charges.

[Attorney Paul] Kish said he expects his client to be called upon to testify against others, but he did not elaborate when asked. Gary declined comment to reporters on the federal courthouse steps.

The GDP gets additional style points for using the term “player” to describe the guy who bribed a Commissioner with poker chips.

And Commissioner Shirley Fanning-Lasseter was sentenced to 33 months.

U.S. District Judge Charles Pannell Jr. accepted a recommendation by federal prosecutors that Lasseter receive a reduced sentence based on her cooperation with authorities since her guilty plea in May. This includes Lasseter making secret recordings of conversations that led directly to a charge Wednesday against Lawrenceville businessman Mark Gary, Assistant U.S. Attorney Doug Gilfillan said.

Gary was charged with giving a $30,000 bribe in exchange for Lasseter’s vote in 2009 for a solid waste transfer station.