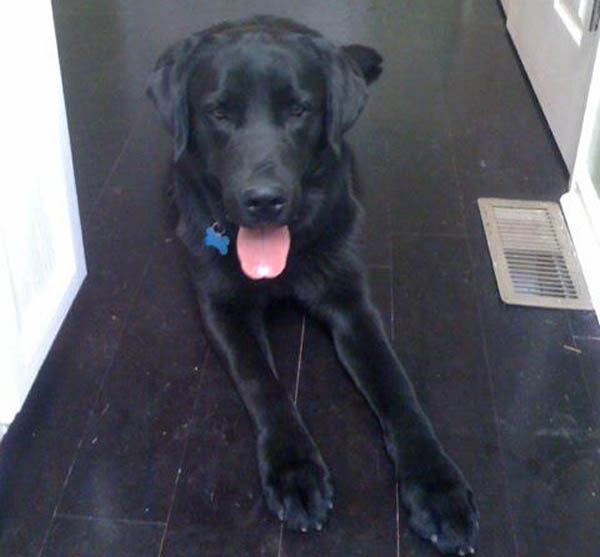 Riley is a sweet 5-year old male black lab who is hoping to avoid a trip to the animal shelter, where his color puts him at a disadvantage for survival. His family is moving and the alternative to finding him a foster is for him to be dropped off at a kill shelter. He is house-trained, up-to-date on his shots, and heartworm negative. Forgotten Paws Pet Rescue is trying to find him a foster or adoptive home. Please contact them by email to info@forgottenpaws.com if you are interested in adopting or fostering him.

1. It was a bad year for incumbents across the state and many of them lost if forced into runoff elections;

2. Governor Nathan Deal had the most valuable endorsement in GOP contests this year;

3. Gwinnett County saw the end of a political dynasty and possibly the end to an era in politics.

4. Rick Allen was an unlucky name to have in a primary runoff

In the new Ninth District, where Hall County is the political center, State Rep. Doug Collins beat Martha Zoller with an assist in the form of a robocall by Gov. Nathan Deal who is wildly popular and represented the district in Congress previously. In the 2010 Republican Primary Runoff for Governor, Deal carried Hall by a nearly 4-1 margin, sufficient to provide his margin of victory.

State Rep. Lee Anderson won the Republican nomination for the Twelfth Congressional District with a slim margin over the other Rick Allen; Anderson won without carrying Columbia County, where he lives. Again, a robocall from Governor Deal helped the eventual winner.

In Gwinnett County, the longest-serving County Commissioner Mike Beaudreau lost his reelection by a 56-vote margin to third-time lucky Tommy Hunter. It is likely this loss had as much to do with anti-incumbent sentiment caused by a string of indictments and an avoided indictment of other Commissioners.

That means that, come January, the longest serving board member will have just two years experience, after the unexpected resignations of embattled politicians Charles Bannister, Kevin Kenerly and Shirley Lasseter among a string of ethics issues, including bribery allegations.

Those two results in Gwinnett County might point to a politics that is no longer dominated by developers and related interests, but that requires more data points before becoming a trend.

Emily Brantley won a hard-fought election to Gwinnett County State Court over Pam Britt. Brantley’s 60-40 win over Britt was resounding, but Britt did well enough that she will be a credible candidate should she decide to run again.

Cobb County Chairman Tim Lee was one of the few incumbents to win reelection,

Also important to Lee’s victory were big fat sacks full of money that he had and Byrne didn’t.

Incumbent DeKalb County School Board member Paul Womack was crushed 35-65 by challenger Jim McMahan and Melvin Johnson won an open seat on the School Board.

The people of Clayton County, bless their hearts, returned former Sheriff Victor Hill to office, though his tenure may be short this time.

“Don’t be sorry for me. Be sorry for Clayton County,” [incumbent Sheriff Kem] Kimbrough said. “I’ll be fine but there are a whole lot of people’s lives that will be affected by this and maybe they have to see this for themselves. It’s something I’ve heard a million times; only in Clayton County. It is what it is.”

[Victor Hill’s] biggest problem as he prepares to take office is the criminal case against him.

If he has not gone to trial by the time he is to take office in January, the governor could suspend him and appoint a temporary sheriff until the felony case is resolved. There is no trial date.

Former Clayton Sheriff Victor Hill is facing 37 criminal counts related to his time in office. Assuming his case is not resolved by the time he takes office in January, here’s what could happen.

The governor could suspend Hill based on the criminal charges he faces.

The governor would appoint a temporary sheriff.

If Hill is not convicted he could return to office.

If Hill is convicted, he would disqualify himself for the office of sheriff.

If Hill cannot serve, voters would get to choose a new sheriff.

Alison Sosebee won the GOP runoff for District Attorney for the Appalachian District, which comprises Fannin, Gilmer and Pickens Counties.

Paulding County Chief Magistrate Martin Valbuena squeaked out an eight-vote victory to retain his seat on the bench.