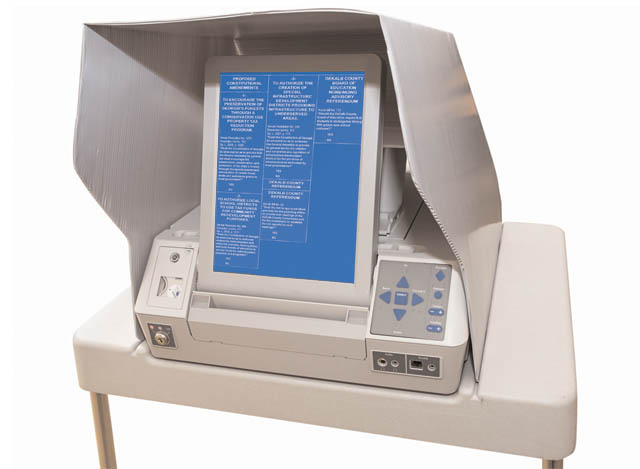 Our family voted in the Cleveland (Mt. Yonah precinct) at 10:30. We were voters 82, 83, & 84. The poll workers said that the turnout was light. The only race on the ballot is the 9th Congressional District. This is the home of Fitzpatrick. We voted for Fitzpatrick in the primary and Zollar in the runoff. Martha’s father-in-law was on the town square holding a sign.

We are tired of all of the negative campaigning. That was a factor in our voting. We received robocalls from Santorum, Gingrich, Cain, and Martha. We also received robocalls from Zell Miller, the NRA, and one of Collins compatriots. We also recieved a particularly nasting anti-Martha call from Cumming. The script was that she was a Christian woman who was disturbed by Martha’s postions on abortion and same sex marriage. At the end of the call a different voice said, “Paid for by . . . . ” and then there was silence. I researched Martha’s positions. The negativity does not work. The ends do NOT justify the means.

Gwinnett county (extreme SE corner, Loganville)
precinct Baycreek B (Rosebud Road, south of Hwy 78)
No wait, no one in sight #15 at 8:30 AM

About 1,200 people voted in advance of the runoff voting day, according to Gwinnett Elections Supervisor Lynn Ledford.

While about a quarter of the electorate participated in last month’s primary and special election, Ledford said statistics show turnout for the runoff could be as low as 5 to 10 percent.

Anyone who voted in the GOP primary July 31 can participate in all three runoffs. Also, those who did not vote in the primary or chose the nonpartisan ballot can choose the Republican ballot or nonpartisan one in the runoff.

But those who voted in the Democratic primary — and of course those who do not live in the southern and eastern Gwinnett District 3 — are limited to voting in the judicial races.