Apparently the fact that it’s raining, or maybe simply that it’s a Thursday was enough to cause the Georgia Campaign Finance Commission servers to take off early for the weekend. 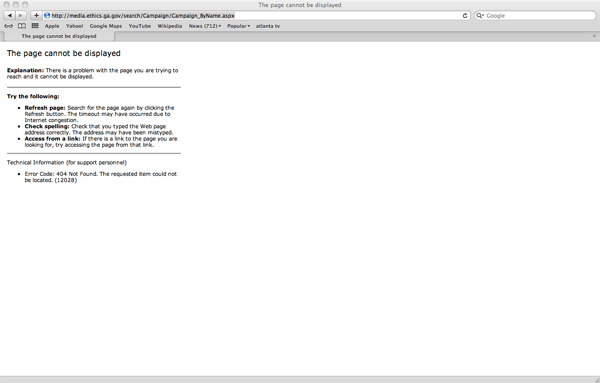 I haven’t tried the filing side, but currently, you can’t use the part of the site where you look up campaign contribution disclosures.

If you’re in a runoff election, you will have another filing due between now and the election, as well as your two-business day reports. I’ll have some tips on how to deal with this in tomorrow’s morning email, but be warned: make plans now for how you will ensure a timely filing.