The puppies to the left are, or will between now and Wednesday, available for adoption from the Gwinnett County Animal Shelter, which is located at 884 Winder Highway in Lawrenceville. From top to bottom, they’re described as a Hound, a Lab, and an Australian Shepherd. All are young, friendly, and playful.

Gwinnett County and many other shelters across the state are seeing large numbers of dogs and cats, which means that euthanasia becomes a daily fact of life.

It appears from Facebook that the shelter is fighting this by lowering the price of adoptions to $30 through July 28th.

Adoptions from Gwinnett County Animal Shelter include a round of vaccinations, spay/neuter, and microchipping.

To get all that for a puppy adopted elsewhere would likely cost a couple hundred dollars and every dog or cat adopted from Gwinnett County Animal Shelter gives another animal an extra day of life and an extra chance of finding a home.

Important information for candidates and voters

Campaign contribution disclosure forms are due today for the period ending June 30th, and disclosures after today will incur a fine.

Additionally, any candidate in the July 31st election receiving a contribution of $1,000 or more, between July 1 and July 31st MUST report the contribution electronically or by facsimile within two business days of receipt to the Campaign Finance Commission. There is no grace period for late filing. [Campaign Finance Act §21-5-34(c)(2)(C).]

According to R. Thompson & Associates, the top five filing errors are:

You can review the rest of the top ten filing errors here.

Speaking of filing errors, Congressional candidate Wright McLeod updated his first quarter FEC filings after one of his opponents complained and the FEC wrote to McLeod.

“After trying to hide the fact that he broke the law … for more than a month,” Scott Paradise, [Rick] Allen’s campaign manager, “we’re glad Wright McLeod finally did the right thing and admitted he broke the law.”

The FEC often takes 10 months or so to resolve complaints, so it’s unlikely to act on Allen’s complaint before the July 31 primary.

“It’s a shame … Mr. Allen’s campaign is hell-bent on making this election about personal attacks and petty politics,” Croft said.

The Associated Press reviewed provisional ballots in Georgia and Indiana under the states’ voter ID laws and found that more than 1200 ballots were discarded in 2008. In Georgia, a voter who is unable to show an acceptable ID on election day may cast a provisional ballot and then must present ID within two days in order to have their ballot counted.

While the number of votes is a small percentage of the overall total, they have the potential to sway a close election. The 2000 presidential race was decided in George W. Bush’s favor by a 537-vote margin in Florida.

1.)  Any valid state or federal government issued photo ID, including a FREE Voter ID Card issued by your county registrar’s office or the Georgia Department of Driver Services (DDS)

2.)  A Georgia Driver’s License, even if expired

3.)  Valid employee photo ID from any branch, department, agency, or entity of the U.S. Government, Georgia, or any county, municipality, board, authority or other entity of this state

The best source for comprehensive information on early voting times and locations is the Secretary of State’s MVP system. If you go there and sign in with your name, county, and birthdate, you can see a sample ballot and your new district lines. Once signed in, click the link that says “Click here for early voting locations and times” and you’ll be taken to early voting information for your county.

Emory University Political Scientist Alan Abramowitz says that the number of non-white voters may have been responsible for President Obama’s 2008 election and will be important this November.

“[The percentage of non-white voters] went from 13 percent of voters to 26 percent of voters,” Abramowitz says, “Without that trend it’s very unlikely that Barack Obama would have won the 2008 election.”

Obama needs that trend to continue and possibly even accelerate in order to win a second term. That’s because the president’s share of the white vote is dropping.

Four years ago, President Obama got 43 percent of the white vote. Polls now show him with only about 38 percent. His gender gap advantage with white women has also shrunk, and among whites without a college degree he only gets about a third.

To offset that, Obama not only has to win the minority vote, Abramowitz says he also has to make sure non-white voters make up a bigger share of the overall electorate.

“In 2008, according to the national exit poll, non-whites made up about 26 percent of the voters,” he says. “If they can get that up to say 28 percent, then Obama could probably come close – maybe even win – the popular vote while losing the white vote by 20 points.”

In this election mobilization matters more than persuasion because there are so few undecided voters, probably less than 10 percent. So both sides are now focusing more on turning out their base.

The New York Times has published a series recently debating whether political scientists are any good at predictions. Jaqueline Stevens, a professor of political science at Northwestern University writes that

It’s an open secret in my discipline: in terms of accurate political predictions (the field’s benchmark for what counts as science), my colleagues have failed spectacularly and wasted colossal amounts of time and money.

Chimps randomly throwing darts at the possible outcomes would have done almost as well as the experts.

Some of these experts claimed that they could predict elections to an extremely high degree of accuracy without ever looking at a poll, instead relying on various combinations of economic and other variables.

In fact, these efforts have gone badly. Models based on these “fundamentals” alone have missed election results by an average of eight points since they began to be published widely in 1992. (Those models that combined economic and polling data have had considerably better results.) This is worse than you would do just by glancing at the Gallup poll, or even by just guessing that the outcome of the election would be split 50-50.

It was also much worse than what the models advertised. Most of them claimed to have pinpoint accuracy, and would have given odds anywhere from hundreds-to-one to billions-to-one against some of the outcomes that actually occurred, like the virtual tie between George W. Bush and Al Gore in 2000. (Many of the models had envisaged a Gore landslide instead.)

But there is also another, more sophisticated defense of the failures of prediction. “Prediction is simply not what we do,” writes Seth Masket, an extremely talented political scientist from the University of Denver. Instead, Mr. Masket and others say, the goal of political science is to explain the world rather than to predict it.

Today at 10 AM at the Georgia State Capitol Rotunda, Senate Majority Leader Chip Rogers will join the Transportation Leadership Coalition in a press conference about the negative impact of the T-SPLOST on taxpayers.

At Saturday’s Gwinnett County Republican Party breakfast, the Greater Gwinnett Republican Women held a straw poll on T-SPLOST. The results were 40 votes against the tax increase, and 7 in favor.

Forsyth County’s Board of Elections announced that it would begin counting absentee and early votes before polls close on election day.

Under a new state law, the county’s elections office will begin counting absentee ballots at 4 p.m., three hours before the polls close on election day. The move is aimed at quickening the election night return process.

Steve Voshall received the unanimous endorsement of the Forsyth County Tea Party, which he founded in 2009. Voshall is running for state Senate against incumbent Republican Jack Murphy.

John Barrow’s spat with Rev. Joseph Lowery about whether Barrow “might as well be a Republican” may benefit Barrow’s reelection in a district that leans slightly right.

that’s the perfect breeze for Barrow’s political sails. These days, he wants to be seen as the Good Ship Independent, steering between the shoals of hyper-partisans on both sides.

We made that same point more than a week ago, but without the overwrought metaphor.

Pugh, 58, was defeated soundly in both attempts to unseat Harbison, a former Marine and Vietnam War veteran. His third challenge is set for July 31 in the Democratic Primary. The winner will face David Brown

in the Nov. 6 general election. Brown, of Reynolds, is running unopposed in the Republican primary. 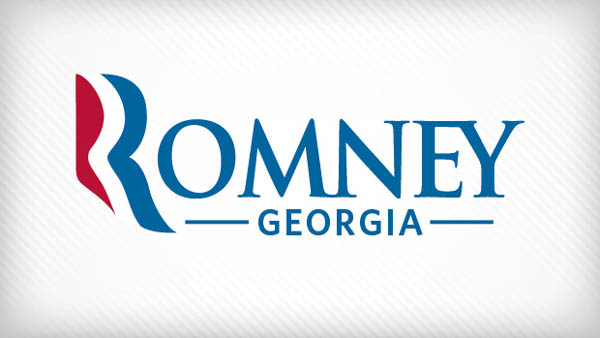 Governor Deal will speak at a luncheon during the Gwinnett Chamber’s Business Expo and Job Fair on August 23d. Registration is available on the Chamber’s website.