Ride the Lightning: Conservative Opposition to the Death Penalty

Ride the Lightning: Conservative Opposition to the Death Penalty

This first appeared on Peach Pundit on September 21, 2011. 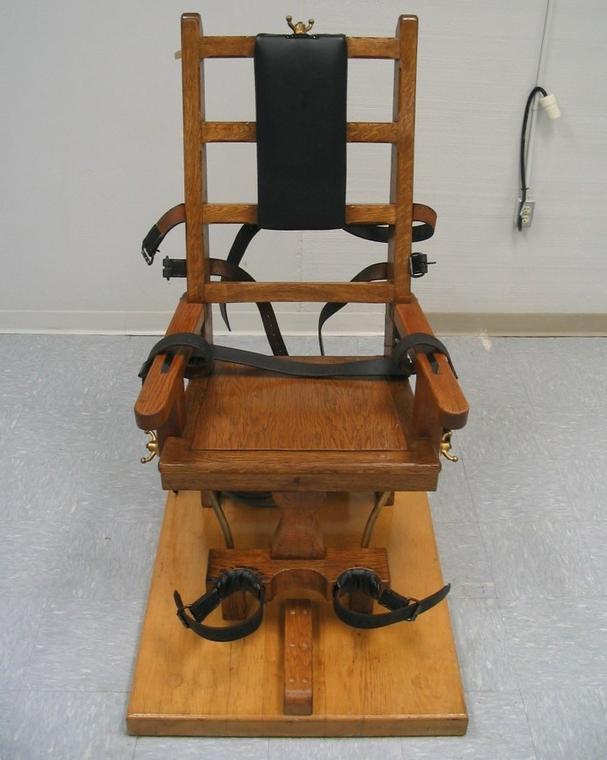 In the summer of 1994, I was not only a supporter of the death penalty, I was an enthusiastic one. When I toured the Greensville Correctional Center in Jarratt, Virginia, I asked for, and was granted, permission to sit in the electric chair pictured above. Earlier that year, Timothy Wilson Spencer was executed in the same chair for a series of murders that he committed in Richmond in 1987. The chair would go unused until Kenneth Manual Stewart, Jr. opted for electrocution over lethal injection, which became the preferred method for execution after Spencer’s execution.

Since then my thinking has changed so that on the day Troy Davis was executed by the State of Georgia, I posted on Facebook,

In doing so, I may have grabbed a third rail of Republican politics in Georgia.

Allow me to explain.

On January 31, 2000, Illinois Governor George Ryan, a Republican who supported the death penalty, suspended all executions by the state government. At that time, the State of Illinois had executed 12 people following the state’s 1977 reinstatement of the death penalty. During the same period, 13 men who were duly convicted and sentenced to death were exonerated and released. The exoneration and release of Anthony Porter within 50 hours of scheduled execution prompted Ryan’s move. In March 2011, Illinois abolished the death penalty and Governor Quinn commuted all 15 remaining death sentences.

This convinced me that no government can be trusted to fairly and accurately enforce the death penalty.

Disparity in the application of the death penalty also causes me to question the state’s right to put her citizens to death. Justice Lewis F. Powell, writing for the Supreme Court, rejected a death penalty appeal arising in the Georgia case of McCleskey v. Kemp. In that case, Powell held that a statistical study showing that blacks convicted of killing white victims were more than 4 times more likely to be sentenced to death than killers of blacks, did not prove conscious, deliberate bias by law enforcement officials and upheld the sentence.

The McCleskey decision is analogous to the rule that statistics do not prove anything about individual cases. But to the extent that these studies indicate racial bias in the administration of the death penalty, they undermine the moral claim to justice proclaimed by some death penalty proponents.

I’m not some radical, Commie liberal out on the fringe making that claim.

In 2009, Pat Robertson stated that he would support a moratorium on the death penalty based on the history of its discriminatory application.

Richard Viguerie wrote “Conservatives have every reason to believe the death penalty system is no different from any politicized, costly, inefficient, bureaucratic, government-run operation, which we conservatives know are rife with injustice.”

Former Supreme Court Justice Sandra Day O’Connor said, “More often than we want to recognize, some innocent defendants have been convicted and sentenced to death.” and Oliver North wrote “I think Capital punishment’s day is done in this county. I don’t think it’s fairly applied.”

It is time that we, as conservatives, recognize as George Will wrote, that, “[t]he death penalty is one more government program that’s failed.”