Breakdowns of the T-SPLOST online survey

Breakdowns of the T-SPLOST online survey

I’ve said it before, and I’ll say it again: this is most decidedly not a random sample. It skews very strongly Republican and very strongly Conservative. Witness the Pro-Life/Pro-Choice breakdown below.

What this does present, however, is a T-SPLOST that is in deep trouble with the most conservative part of the electorate. There are no statewide Democrat primaries and two Republican statewide contests. Personhood is on the ballot and Georgia Right to Life and allied groups will be flogging their voters to the polls.

The Tea Party appears to be strongly against T-SPLOST, but it’s hard to say definitively, as the decentralized nature of the movement makes it hard to pin down. But the largest group of Tea Partiers, the Tea Party Patriots, oppose the tax increase. The ballot question on lobbyist gift reform also means a motivated Tea Party electorate.

Suburban heavyweight Gwinnett County has an unopposed and popular Charlotte Nash at the top of the ballot, and what will be a heavily contested race to succeed Shirley Fanning-Lasseter, but Cobb County’s chairmanship will likely hinge on the popularity of T-SPLOST, as incumbent Tim Lee has embraced the tax hike, and his opponents oppose it.

If I were managing the T-SPLOST campaign, or Tim Lee’s reelection, I’d be very worried now and not be counting on a victory bonus when I draw up my budget for next year. 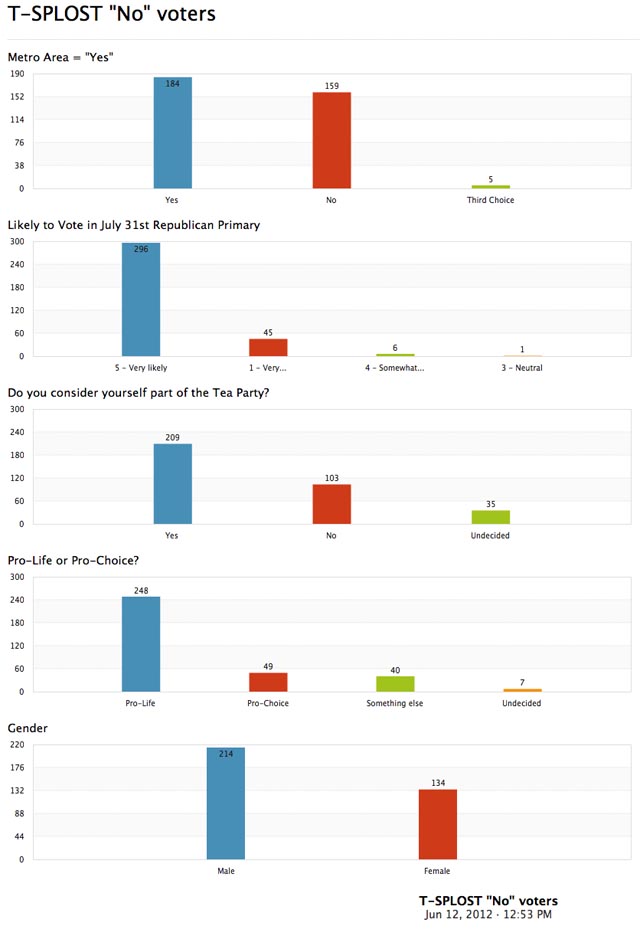 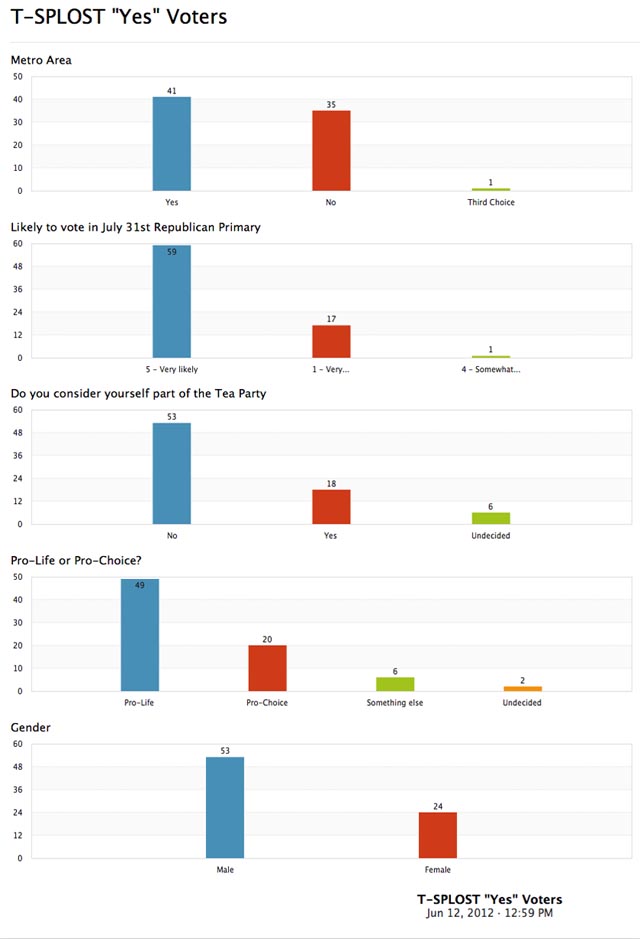