This morning, twenty dogs will be euthanized at the Clayton County Animal Shelter. Clayton County also has a cat whose owner is a United States soldier serving in Afghanistan. The soldier’s mother could no longer care for the cat and had to turn it in to the shelter. It would be a fine and patriotic thing to adopt this cat.

Senate President Pro Tem Tommie Williams (R-Lyons) will finish his current term at PPT, but will not seek reelection to the leadership post. Jim Galloway has the full text of an email Williams sent to Senate colleagues, and we have an excerpt:

It is a very difficult decision for one to give up a position of political power. Often it takes a lost election or scandalous event for one to part with the notoriety of a higher position. While I’ve been affected by neither loss nor scandal, I can say that conceding a place of leadership over such a fine group of men and women is not easy.

I believe that leadership positions major chairmanships should be rotated or term-limited so that we may all gain from the talents of many and allow other members the opportunity to serve in higher positions. History proves that corruption can occur when one is too closely connected to lobbyists and has forgotten that the people, not lobbying groups, are who we represent.

Additionally, members that have consolidated powers as leaders or major chairmen over time face the temptation of exploiting their power for both themselves and their corporate contributors.

These are some qualifications that I feel should be considered when electing the next PPT:

1. He or she should be humble, upright, trustworthy and of good character.

2. He or she should be free of any conflicts of interest and must not use the office as a means of promoting his or her livelihood. In the future, we should look at making the PPT job a salaried position at a “living” wage.

3. He or she should be faithful to his or her spouse and family. If we elect a leader with wavering morals, we can all be put to shame. We’ve all seen what happens in our own General Assembly when leaders cannot control themselves.

4. He or she needs to be intelligent, patient and capable of building a consensus.

It is my hope that we can find a consensus candidate without having a fight over the position.

Americans for Prosperity Georgia has released its 2011-2012 Legislative Scorecard, which can be downloaded as a .pdf file here.

“Americans for Prosperity is pleased to provide this snapshot view of where legislators have stood on key issues affecting Georgians’ prosperity,” said Virginia Galloway, State Director of AFP-GA. “This guide is one important way that taxpayers can become educated and engaged in important policies affecting their everyday lives.”

Speaking of Barack Obama’s campaign, the Democratic Party of Georgia emailed out invitations to the President’s fundraiser June 26, 2012 at 11:30 AM at the Westin Peachtree Plaza. No word on whether DPG Political Director Rashad Richey will be able to get Secret Service clearance for the event. With tickets starting at $500 per person, it’s good to see that the President is making things easier on the little people.

Neal Boortz announced his retirement from full-time radio yesterday, though he will continue to appear on his old show with shorter commentary and may fill-in for his successor Herman Cain or for Erick Erickson.

Griffin, the current accounting officer, will succeed Russell Hinton, who is retiring on June 30. The governor’s appointment of state auditor must be confirmed by the General Assembly next session. Skelton is deputy director with the State Accounting Office.

Democratic candidates in Clayton County spoke to “dozens of people” at a forum sponsored by the Clayton Democratic Party.

Clayton County Board of Education candidate Xavier Ross will be questioned as a “person of interest” in connection with “thousands of dollars” missing and unaccounted for from a local PTA. In a letter to local police, Superintendent Edmond Heatley wrote,

“This correspondence comes as a formal report of an alleged crime that took place at Martin Luther King [Jr.] Elementary School. It has been alleged that former PTA Treasurer, Mr. Xavier Ross, has not accounted for thousands of dollars that he was entrusted with depositing into the appropriate PTA bank account for the purpose of paying for items for students at the school …”

Cherokee County is moving to evict the recycling company that failed to make payments on a $1.8 million loan, which forced county taxpayers to pick up the tab. Because the company has filed bankruptcy, they will be able to continue operating the facility. The company owner is also accused by local tea party activists of disguising campaign contributions to a Cherokee County Commissioner who is not running for reelection.

The City of Nelson sits at the line between Cherokee and Pickens counties, and will elect two city council members on July 31st. Edith Portillo and Tami Loggins are running to replace Larry Sellers, who resigned earlier this year.

Cherokee County Republican Party hosted the first in a series of debates for local candidates, and featured three candidates for Tax Commissioner. We look forward to the debate between School Board Chair candidates in which Republican Danny Dukes is expected to answer every questions with lyrics from a 1970s southern rock anthem.

Issues with the drug testing program for employees at Plant Vogtle have been corrected, according to the Nuclear Regulatory Commission.

Prospective candidates for Augusta Commission and Richmond County Board of Education continue to wait for new district lines to be released by the federal court overseeing the redistricting.

Fayette County Board of Education Chair Leonard Presberg is complaining that the County Commission’s insistence about defending at-large school board and commission districts is costing the board money that could otherwise be used for education.

The private company that proposes to privatize Gwinnett County’s Briscoe Field asked County Commissioners to delay a vote on the staff’s recommendation to reject the proposal, saying they were concerned that residents in former County Commissioner Shirley Fanning-Lasseter’s district would not be represented.

“Today’s press conference by Propeller Investments is simply an admission that they know they’re going to lose. The proposal does nothing to make a valid business case for expansion of Briscoe Field and no amount of press conferences or delays will change that fact.” 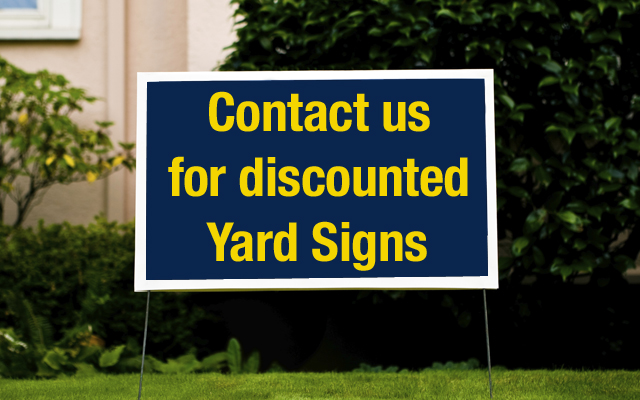 A sign vendor has agreed to offer discounted yard signs to GaPundit readers. One-color yardsigns on corrugated plastic with an included metal H-stand cost less than $3.00 each and two-color signs with included stands for less than $3.50 each. Shipping is not included but will be calculated before you order. Email us for more information.