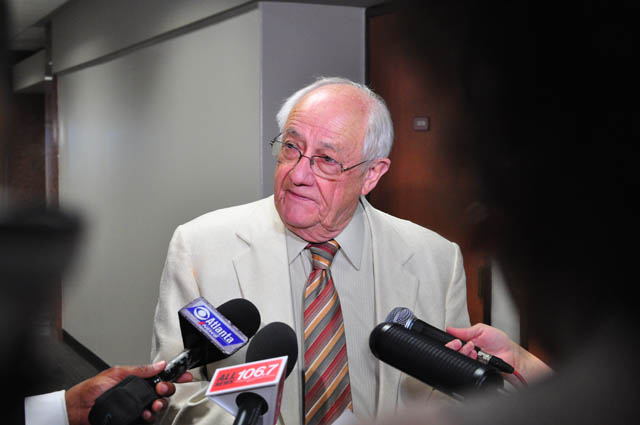 Text of a written statement handed out by Senator John Crosby (R-Tifton), Chairman of the Georgia Senate Ethics Committee:

The Senate Ethics Committee met today as a followup to the meeting it held on May 2, 2012.

Matters at come before the Senate Ethics Committee that are in the nature of a complaint must be kept confidential. The Senate Rules provide that “any complaint that is brought to the Committe must remain confidential until the Committee has determined that substantial cause exists that a violation has occurred.”

The Committee initiated its own investigation and will be serving Senator Balfour with a copy of the Complaint. The Committee found that substantial cause exists to believe that Senator Balfour violated Senate Resolution 5 as it is further defined in the Senate Administrative Affairs Per Diem Policy and will seek to negotiate a settlement of the matter with Senator Balfour. If no settlement is reached, the Committee will hold public meetings on the issue.

As to alleged complaints filed by members of the public, as reported by the media, these matters cannot be commented upon at this time due to Senate Rules regarding confidentiality.

Here’s some more from Aaron Gould Sheinin at the AJC.