Matt Reid qualified last week to run against incumbent Republican Public Service Commissioner Chuck Eaton, but Reid must have taken a wrong turn in the State Capitol, as he clearly belongs in the Democratic Party. 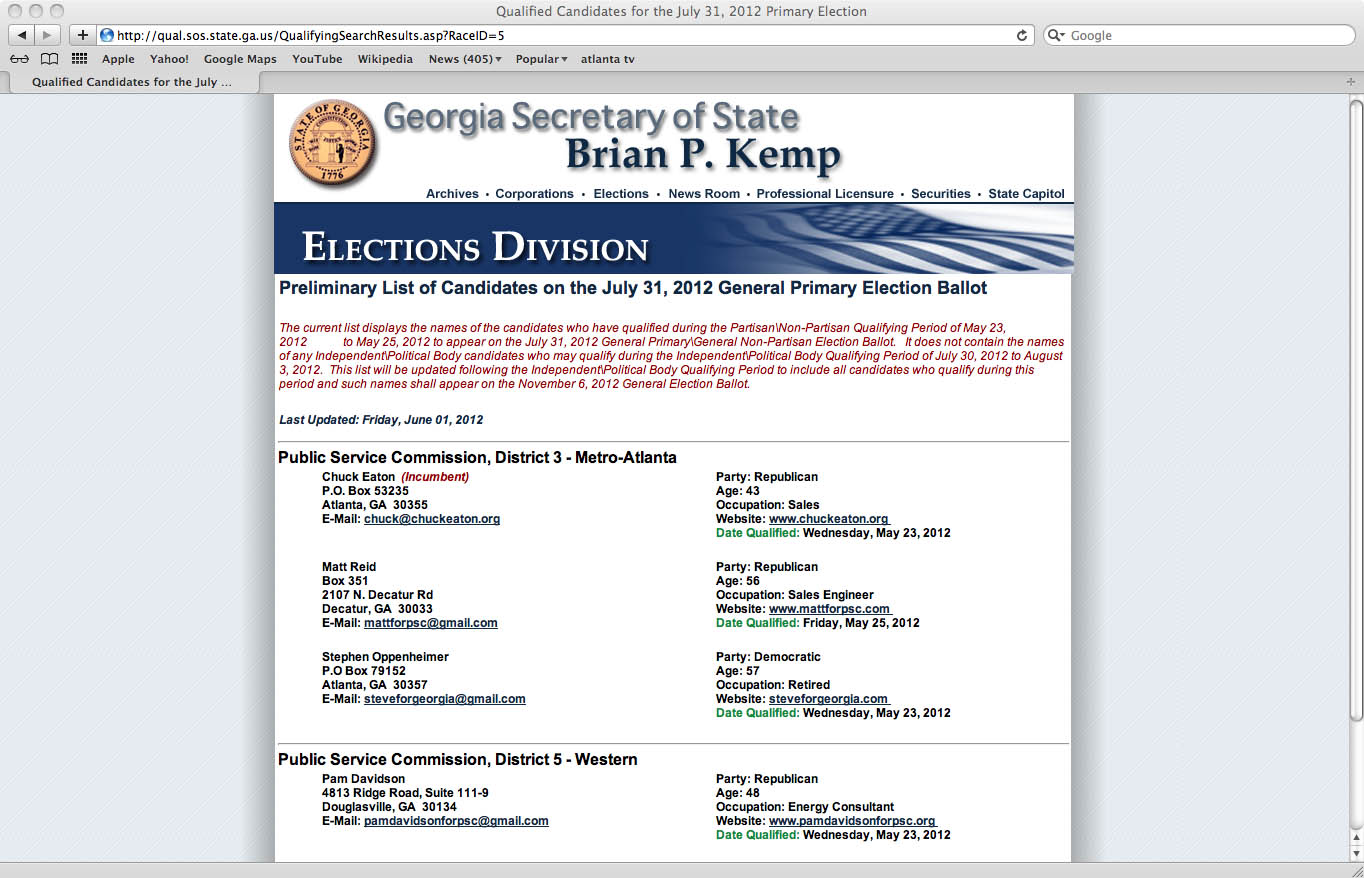 How do I know Matt Reid is a Democrat? His voting record gives evidence, showing a solid Democratic Primary voting history from at least as far back as 2000 through 2010. 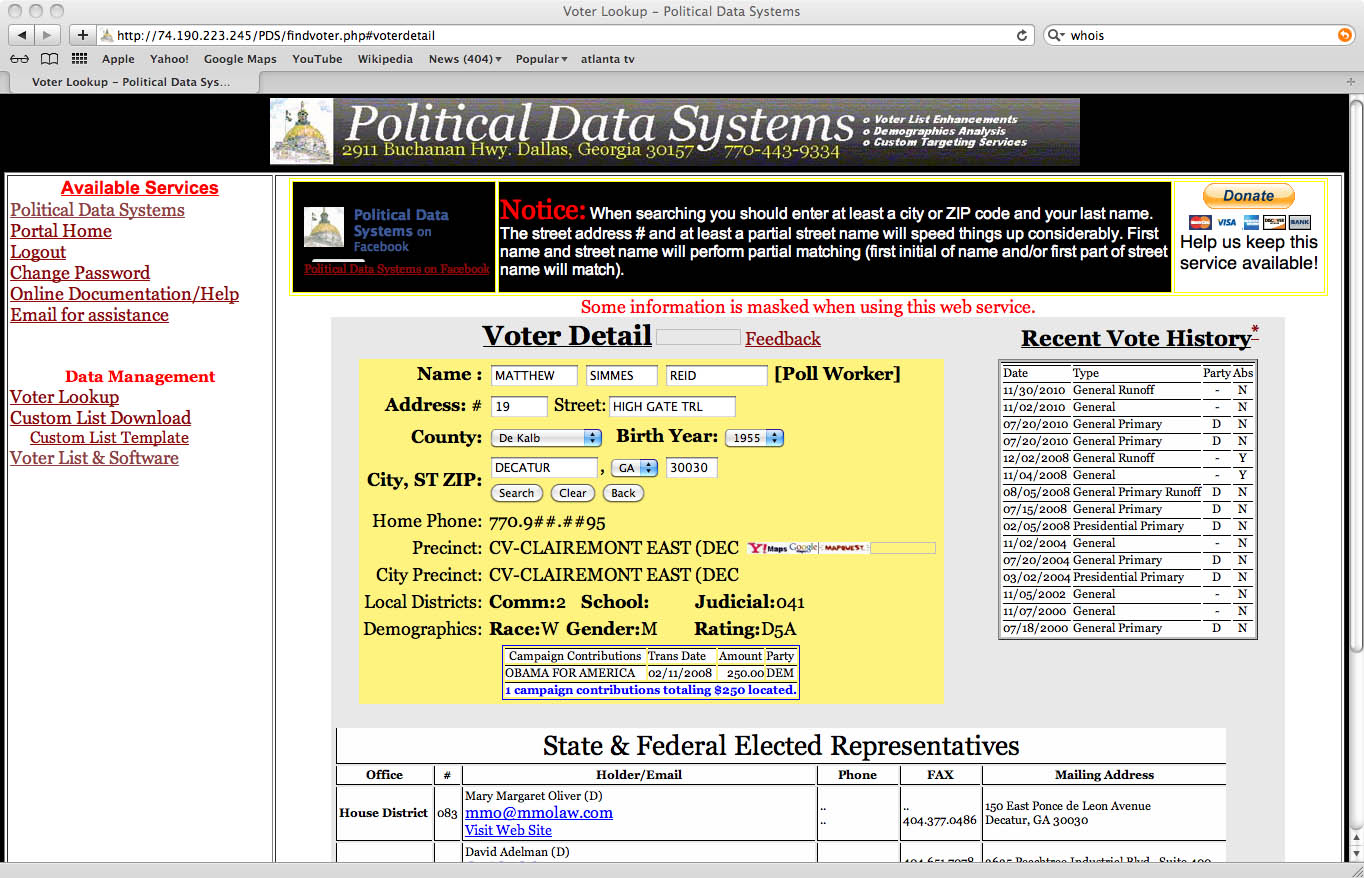 How am I sure that’s the same Matt Reid? Here’s how: a WHOIS search on his campaign website shows the same address as on the above voter registration. 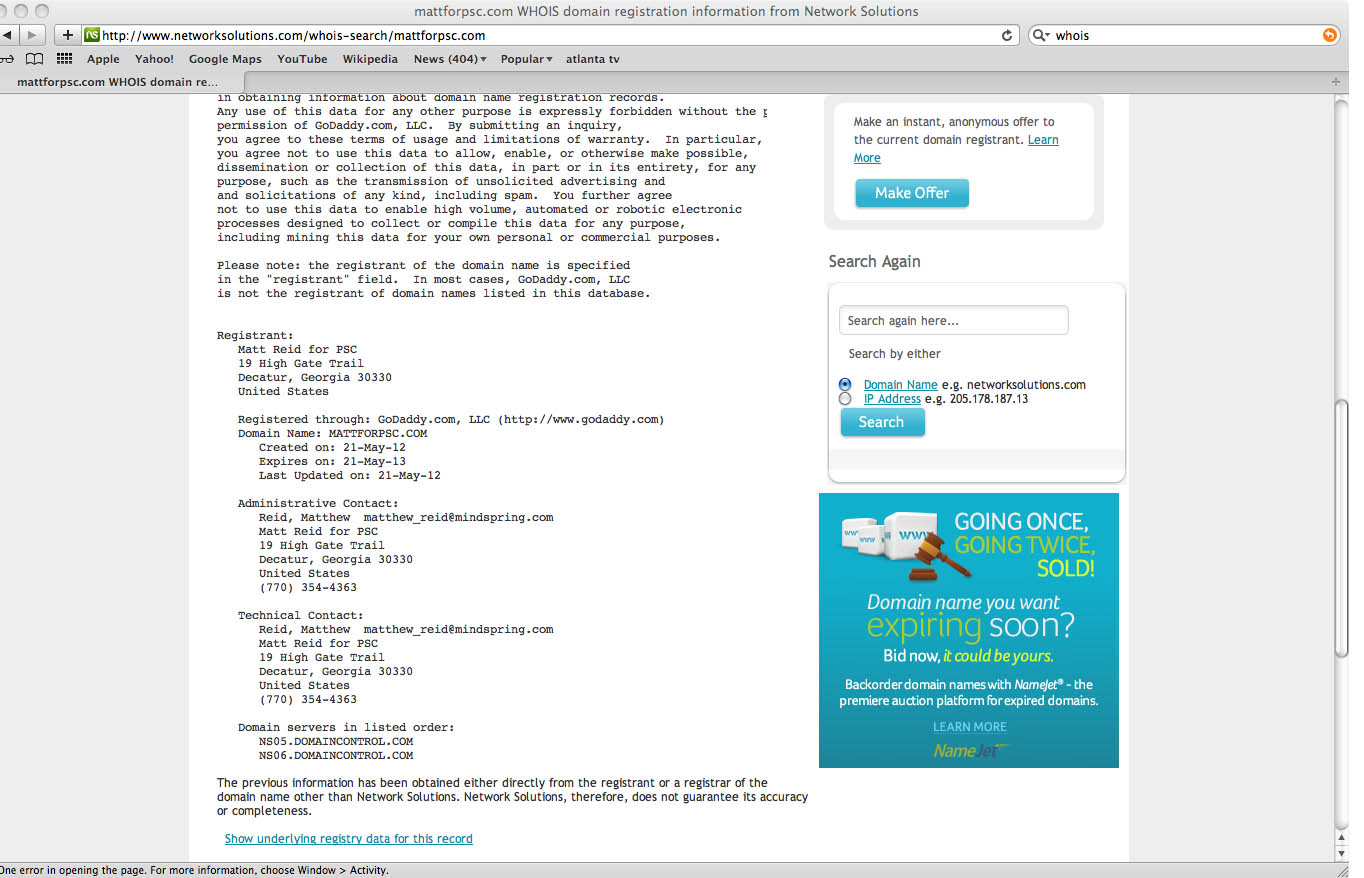 And if that doesn’t convince you, how about a $250 contribution to Barack Obama for President? 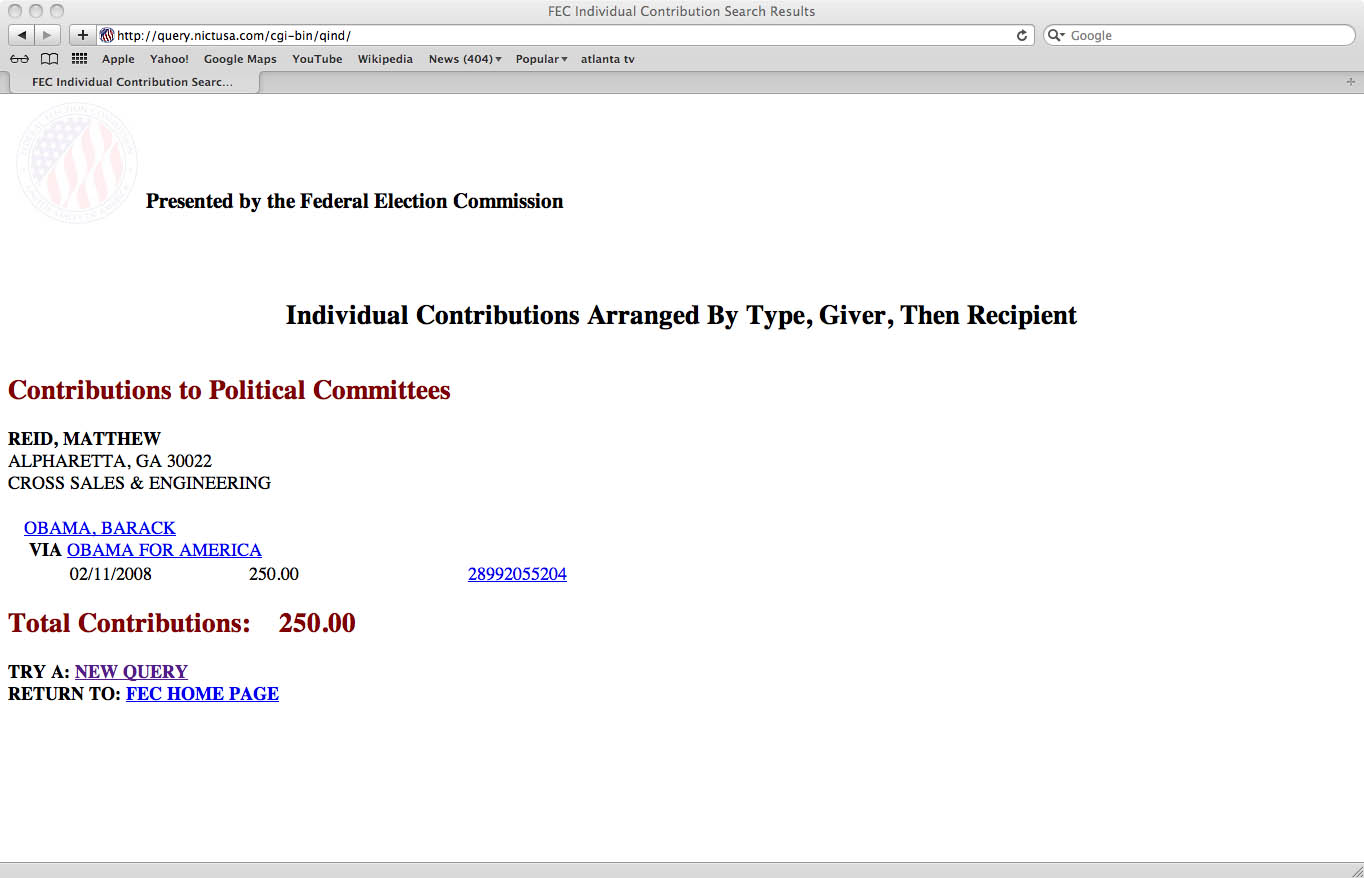 Reid claims on his website that “Our wallets are taking a beating from this economy. Energy, telecommunications and transportation are key industries in our economy-and they are regulated by the PSC. Thousands of jobs and millions of dollars in these industries make the difference between economic decline and growth.”

He’s correct about that, but I believe that Georgia Republicans will think that the answer to our economic problems is not a liberal Democrat cross-dressing as a Republican who wants to get into office and push a radical Obama green agenda that costs ratepayers and businesses in Georgia more money every month.