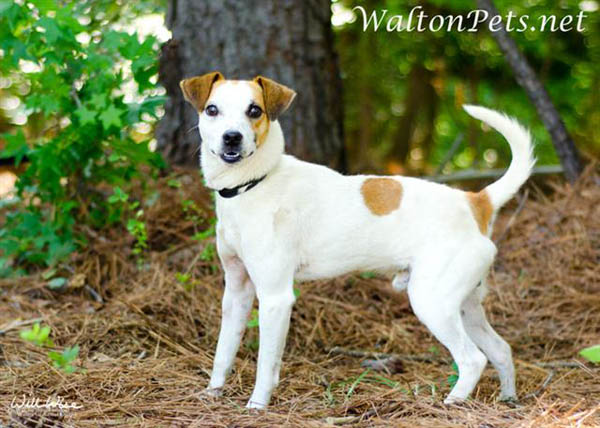 “Tramp” is an 18-pound Jack Russell Terrier mix who gets along famously with other dogs and may do well with cats. He is very friendly and has an outsized personality, and he is available for adoption today from Walton County Animal Services.

After Forsyth Sheriff Ted Paxton asked whether one of his opponents had properly qualified for the Republican Primary by including a certified copy of his birth certificate, it turns out that none of the candidates had turned in both a birth certificate and high school diploma. Because all three candidates have since turned in the required documents, and because the qualifying handbook for the office failed to mention the birth certificate requirement, the Forsyth County GOP has certified all their candidacies, and the Forsyth County Board of Elections will not challenge them. Voters wishing to challenge one or all of the candidates’ qualifications have until June 8th. State Rep. Mark Hatfield, who is running for state Senate, and Orly Taitz are expected to weigh in.

In the wake of allegations of involvement in sports handicapping more than ten years ago, Senator Chip Rogers is under fire from Jerry Luquire, president of the Georgia Christian Coalition.

The head of the Georgia Christian Coalition is calling on a top Republican leader in the state Senate to resign his leadership post over his connections to a business that handicapped sports games for gamblers years ago.

Coalition President Jerry Luquire said Wednesday that Sen. Chip Rogers should step down as majority leader. His group did not call on Rogers, a Republican from Woodstock, to leave his Senate seat.

Luquire said Rogers is too close to the gambling industry to serve in a leadership role.

Luquire previously endorsed Herman Cain for Governor of Georgia in 2014, argued that young girls involved in prostitution are more likely to have started it because of “a lark” than to have been forced into it. Of Luquire’s suggestion of Cain for Governor in 2014, Jim Galloway wrote, “the significance is the continued tin ear that Georgia’s Religious Right exhibits in its dealings with those who live, work and play at the state Capitol.”

Rogers, who at one time owned a radio station in Bartow County, said he still does some broadcasting, including a business show on Dish Network.

We’re checking to see where he set the over-under on Facebook’s IPO.

Twenty-five years ago, Professors Earl Black and Merle Black published Politics and Society in the South, which was considered the most important examination of Southern Politics in a generation. They wrote that despite a regional partisan realignment in favor of Republicans at the Presidential level, “Democrats will probably continue to win most southern state and local offices for some time to come.”

Arnold Fleischmann and Carol Pierannunzi write in Politics in Georgia that in 1992, the GOP held 10% of county commission seats and seven percent of all local partisan offices, and in 1998, Charles Bullock wrote in The New Politics of the Old South that

[I]t is only at the county level that officeholders remain overwhelmingly Democratic.

In 1995, Democrats held all the commission seats in 109 of Georgia’s 159 counties, and in 98 counties no Republican held  local office.

The belief that Republicans cannot win becomes self-fulfilling when Republicans do not run.

Today, the picture has changed 180 degrees. 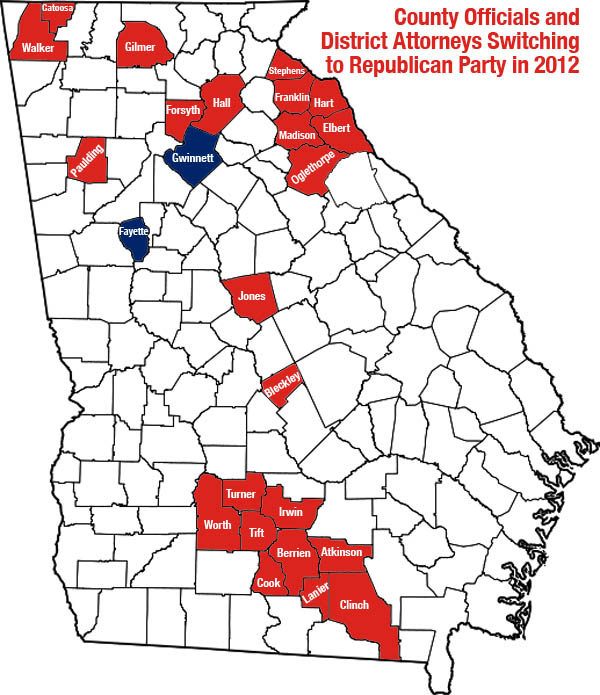 It has been reported that Cook County qualified sixteen Republican candidates, but I haven’t been able to confirm it.

Full coverage of Forsyth County Elections is available at ForsythNews.com.