Georgia Politics, Campaigns, and Elections News for May 18, 2012

Georgia Politics, Campaigns, and Elections News for May 18, 2012 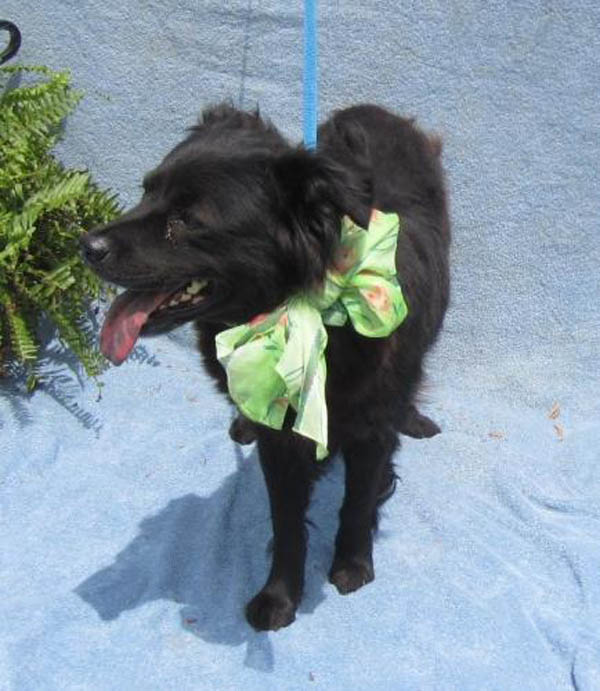 “Justine” is a 3 year old, 45 pound girl who sits very quietly in her run and is very well mannered on her leash. She will be spayed if needed, tested for heart worms, and micro-chipped when adopted. She is in run 119 and her ID# is 543427.

To adopt her or any other animal from Cobb County, call Cobb County Animal Shelter, at (770) 499-4136 for more information or visit at 1060 Al Bishop Drive Marietta, Georgia 30008, and be sure to have the animal’s number available.

We will be featuring animals from Cobb County all week as they prepare for their adopt-a-thon on Saturday, May 19th from 10 AM to 4 PM. Visit Friends of Shelter Animals for Cobb County on Facebook for more adoptable dogs.

Yesterday, Debbie Dooley, of the Georgia Tea Party Patriots filed a complaint alleging improprieties by Senator Don Balfour (R-Snellville) related to per diem and travel reimbursements, and calling for Balfour’s removal as Chairman of the Senate Rules Committee. According to AP’s Ray Henry,

Dooley’s complaint alleges that Balfour improperly claimed state pay and mileage expenses on at least 10 days when lobbyists reported he was out of state or at least far from the state Capitol. For example, Balfour claimed state pay and travel expenses for Aug. 5, 2011, the same day a state lobbyist paid for him to take a tour in New Orleans.

Balfour earlier this year repaid the state for nearly $800 in disputed expenses. He said he corrected his expense reports for the days that were previously questioned. On some days, Balfour said he claimed too much in expenses, but on others he failed to collect as much as he should have. In the end, Balfour said the state owed him about $13, which he did not claim.

Dooley is apparently unsatisfied by the appearance of the Senate Ethics Committee’s confidential handling of a complaint already before it. The AJC quotes Dooley saying,

“Every day we have had activists in our mailboxes livid over the fact that he is getting away with this.”

“We had to provide more detail and prove why it’s pertinent to the committee and prove that they have the legal ground to take action on it,” [Dooley] said.

Perhaps the activists are livid because it’s cramped in your mailbox, and perhaps this complaint isn’t necessary.

The Senate Ethics Committee has called a meeting for June 1, 2012 at 11:30 AM in room 328 of the CLOB. Before I go on to wildly speculate what they might hear behind covered windows, let’s review some history.

In December of 1999, Georgia Senator Ralph David Abernathy, III was convicted of 18 felony counts, comprising 5 counts of theft by taking, 5 counts of false statement, 5 counts of violating his oath of office, 2 counts of forgery and 1 count of influencing a witness in Fulton County Superior Court. The original indictment charged him with stealing $13,000 through phony state expense reports and forged receipts, and the convictions involved $5700 in fake expense reimbursements and offering to pay his secretary to lie about it.

In January 2000, he was sentenced to four years in prison and six years on probation.

Two years earlier, the Senate had censured Abernathy, not for false expense reports, but for having been caught at the Atlanta airport after returning from Jamaica with marijuana in his possession. It was the first censure by the Senate of one of its members in 22 years. At the time, a Republican senator voted against the censure in protest, arguing that the punishment was not strict enough, and that Abernathy should have been expelled from the Senate. That Republican senator was Don Balfour.

Now back to the present, I will speculate wildly that the Senate Ethics Committee, upon returning from its recess of the closed meeting held on May 2d, will hear a report by a subcommittee alleging impropriety by Senator Balfour related to the questioned expense reimbursements. That karma will get you every time.

If the Senate Ethics Committee finds that substantial cause exists that a violation occurred, it may negotiate a settlement with the accused, or set an open hearing on the matter. In an open hearing, the accused is entitled to notice and copies of all materials before the Committee, may be represented by a lawyer, and may examine witness and present testimony.

Additionally, a finding by the Ethics Committee may lead to the same fate that befell Abernathy. I’d be consulting a criminal lawyer now, in addition to ethics counsel.

On a side note, one of the Assistant Attorneys General who prosecuted Ralph David Abernathy, III was Stacey Hydrick, who now sits on the State Court of DeKalb County after her appointment by Governor Deal. Hydrick also prosecuted former state senator Diana Harvey Johnson for mail fraud, winning convictions on all couts. In that case, Hydrick was designated a Special Assistant United States Attorney and prosecuted the case with then-Assistant United States Attorney David Nahmias, who now sits on the Georgia Supreme Court.

It will be the second round of delegate selection, because regional party regulars in each of Georgia’s 14 congressional districts already have chosen three people to represent their areas at the national convention, a total of 42.

This weekend the state convention will choose 31 more, along with a national committeeman and committeewoman to serve on the Republican National Committee.

The state party chair, Sue Everhart, also will represent Georgia on the RNC. Adding those three brings the state delegation’s total to 76, the fourth largest at this convention.

Chris Kelleher of the state party said 2,115 delegates are expected here this weekend, and the total attendance likely will be about 3,000.

We’ll see you there.

Governor Nathan Deal released data from a study by the Terry School of Business at UGA on the economic impact of Georgia’s ports, which showed that the ports support 350,000 jobs in Georgia, $66.9 billion in sales, and $18.5 billion in income, or 5.2 percent of all personal income in the state.

Dr. Larry “Jeff” Payne resigned from the State Properties Commission after leasing space to the state government for $1.4 million.

“Because it is in the best interest of taxpayers to preserve the lease, the governor has agreed to accept Dr. Payne’s resignation from the State Properties Commission board,” [Gov. Deal's spokesman Brian] Robinson said.

Hunter Bicknell’s campaign for the Ninth Congressional District will hold a Skeet Shoot on June 9th from 11 AM to 5 PM at Ten Ring Sporter Range, 4212 Roy Parks Rd in Gainesville.

In the Twelfth District, Republican Wright McLeod declined to respond to allegations in an FEC complaint filed by one of his opponents, fellow Republican Rick Allen. Holly Croft of the McLeod campaign called the allegations, “false, baseless and … nothing but a witch hunt.” McLeod has received the endorsement of FreedomWorks PAC.

Retired Oconee County school principal Tom Odom is running for Chairman of the Oconee County Board of Education after incumbent David Weeks announced his retirement from the Board.

Allison Wright, a member of the Clarke County Board of Education, will run for an open seat on the Athens-Clarke Commission that is being vacated by Alice Kinman.

MARIETTA WARD 4 City Council candidate Andy Morris will hold a fundraiser at “Tranquilla,” on Kennesaw Avenue, owned by Greg and Beth Griffin, on May 20th from 5 to 7 PM.

Chuck Clay and Steve Tumlin have both said they will not run for Cobb County Commission Chair.

Cobb Juvenile Court Judge Greg Poole, currently running for Cobb Superior Court, will hold a fundraiser hosted by B.J. and Parri Abbott on May 19th from 2-5 PM at 91 Hermitage Court in Powder Springs and Scott Smith and state Sen. Judson Hill (R-East Cobb) will co-host a fundraiser for Poole on May 22 from 5:30-7:30 PM at The Atlanta Country Club.

The deadline for nominations for appointment to Superior Court for the Coweta Judicial Circuit, which comprises Carroll,Coweta, Heard, Meriwether and Troup Counties, has been extended to May 29th.

Danny Glover resigned as Chairman of the Bibb County Democratic Party, citing an inability to work together with the other committee members. Maybe the internal disputes that led Democratic Party of Georgia Treasurer Russell Edwards to resign earlier this week are contagious.

Current District 31 Senator Bill Heath has announced he will run for re-election. Two challengers, J.K. Rogers and Bill Carruth, have announced they will run for the seat as well.

Three Haralson County Commission seats will be up for grabs this year, including the chairman’s seat. Current Commission Chairman Allan Poole has announced he will run for re-election, and current District 1 Commissioner Eric Robinson has announced he will run for Chairman’s seat as well. This will leave Robinson’s seat vacant unless challengers qualify for the spot. Commission District 3 seat will also be up for election this year, which is currently held by Commissioner Vance Posey.