Georgia Politics, Campaigns, and Elections for May 15, 2012

Georgia Politics, Campaigns, and Elections for May 15, 2012 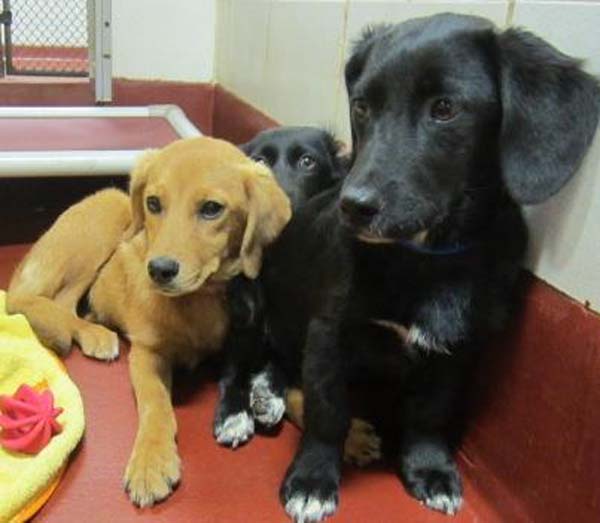 Little Bear, Lucy, and Bubba are 6-7 month old puppies who are available for adoptionat the Cobb County Animal Shelter. Dog and puppy adoptions cost $110 and include vaccinations, heartworm testing and treatment and spay/neuter/

To adopt these or any other animal from Cobb County, call Cobb County Animal Shelter, at (770) 499-4136 for more information or visit at 1060 Al Bishop Drive Marietta, Georgia 30008, and be sure to have the animal’s number available.

We will be featuring animals from Cobb County all week as they prepare for their adopt-a-thon on Saturday, May 19th from 10 AM to 4 PM. Visit Friends of Shelter Animals for Cobb County on Facebook for more adoptable dogs.

Republican Public Service Commissioner Chuck Eaton will face a Democratic challenger in November. Atlanta Liberal Steve Oppenheimer has raised $95,000 so far, loaning himself just enough to be able to claim a higher total than Eaton, but he has a high burn rate if the publicly-announced consultant and campaign manager are any indication. Also in the Democratic Primary is Daniel Blackman, who ran for State House in 2008. Both Democrats will claim that it’s possible to move more quickly away from cheap, reliable coal to unproven, expensive alternatives without anyone having to pay for it. Sounds like the energy equivalent of hope and change.

The New York Times has a blog post discussing the role of nuclear power v. natural gas in the context of Southern Company’s construction of new reactors at Plant Vogtle.

S. Lee Guy at RootsInAlpharetta discusses some of the factors at play in the Chip Rogers v. Brandon Beach cage match for Senate District 21.

T-SPLOST and HOT lanes - Beach, wearing his Chamber of Commerce hat, has been raising funds for Citizens for Transportation Mobility as recently as this week. This group will  “educate” voters on the transportation project and the accompanying penny sales tax. Beach might also have to explain or distance himself from the proposed HOT lanes on GA400. None of these proposals are popular with voters, especially with the Tea Party. Beach can kiss their support goodbye before this campaign even begins.

Campaign money - Chip Rogers is sitting on a little over $300,000 cash in his campaign warchest. That’s a huge margin to overcome. But don’t count Beach out of the money game. He raised and spent nearly $175,000 on his 2010 race for Senate thanks to deep connections in the business community. Expect heavy media and direct mail campaigning in this race!

Carr’s nomination must also be approved by the Georgia State Senate Transportation Committee.

A complaint has been filed with the FEC alleging that Republican 12th district congressional candidate Wright McLeod’s disclosure deliberately understated the value of an in-kind contribution by the candidate. I always greet with suspicion any complaint that is filed by someone who works for a competing campaign, like this one filed by Republican candidate Rick Allen’s campaign manager.

Scott Rials is the lead consultant for the hippies and malcontents opposing cityhood for Brookhaven. Russell Mitchell of Brookhaven is available most Tuesday nights at Taqueria Verde in Brookhaven to answer voters’ questions about cityhood.

Lowndes County has voted for the Republican in all but two of the last twelve Presidential elections, except for Jimmy Carter’s 1976 election and Alabama Governor George Wallace’s third-party campaign in 1968, where the GOP came in second. If you’re interested in political history, take a look and read the county’s partisan history over that period.

It is hornbook law that truth is a complete defense to a defamation claim. O.C.G.A. §51-5-6. Inasmuch as my clients merely spoke the truth as shown in Georgia public records, truth which has been acknowledged by the Plaintiff and his counsel subsequent to the filing of the Action, my clients have an absolute defense to the defamation claims asserted in the Action. I reiterate:

The Plaintiff and his counsel conceded at a press conference they called, the Plaintiff has been arrested multiple times and is a Convicted criminal.

In direct contradiction to the assertions in the Action, my clients never referred to the Plaintiff as a “felon.” After the Action was filed, an Atlanta television reporter reported that the Planitiff was charged with and pled guilty to a felony. The felony was
aggravated assault which was dealt with under the Georgia First Offender Statute. Even  though my clients did not state that the Plaintiff was a felon, in light of these facts, perhaps the Plaintiff can be characterized as a felon, at least for the period before he completed the conditions of his First Offender deal.

Neal Boortz has been nominated for an opening on the Georgia Supreme Court.

The Judicial Nominations Commission released the names of five nominees to fill two seats on the Superior Court for the Enotah Judicial Circuit, which comprises Lumpkin, Towns, Union, and White Counties. Nominees include

Emory Law School has partnered with an Canine Assistants and Happy Tails to bring therapy dogs in during finals week.

Congratulations to Ron Daniels on his graduation from Mercer Law School.

I never thought I’d write this, but Sock Monkeys for Jesus sounds like a great group. They make and but sock monkeys to distribute to needy children.

The Chattahoochee River has been named the 3d most endangered river in the United States.

The Georgia Department of Transportation and the Georgia Department of Natural Resources have provided a combined $700,000 in grants to fund a two-pronged study. It will examine bear movements around a 15-mile corridor of Ga. 96 that is being widened to four lanes, and it will better estimate the total bear population and find out more about cub birth and survival rates.

The road project includes underpasses to funnel bears underneath the highway, which bisects their habitat. The study will help DOT position those corridors in the most effective places to prevent cars from hitting bears, potentially harming both.