Vote today in our online survey on the July 31st T-SPLOST election. We’ll roll out the first set of results on Monday morning. 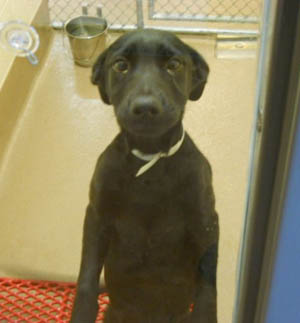 Gov. Deal signed HB 386, the “Georgia Jobs and Family Tax Reform Plan” during the Governor’s Awards for the 2012 Manufacturers of the Year.  The legislation reduces the marriage penalty tax and eliminates the sales tax on energy used in manufacturing.

“This tax reform package makes Georgia a better place to run and grow a business, and makes it an even better place to raise a family,”said Deal. “These reforms could not have been made without the leadership of the General Assembly, and these significant changes will serve Georgians well.”

“The elimination of the marriage penalty in our income tax code will cut costs for Georgia families, totaling an estimated $140 million a year,”Deal said. “Furthermore, the removal of state sales tax on energy used in manufacturing is key to competiveness and to reaching our goal to make Georgia the No. 1 state in which to do business.”

● Eliminates the “birthday tax” on motor vehicles, substituting a sales tax payable when a car is titled;
● Reinstates sales tax holidays for back-to-school and green energy purchases;
● Revises sales tax exemptions on agriculture to ensure fairness and consistency;
● E-Fairness: Broadens the tax base and increases fairness by making online retailers play by the same rules as everyone else;
● Curtails abuse in our conservation easement income tax credit program;
● Caps retirement income exclusion for seniors at current level of $65,000 ($130,000 per couple);
● Eliminates sales tax exemption for film productions;
● Creates a one percent sales tax exemption on commercial aviation fuel to make our fuel rates more competitive with other major airports.

Baxter was lured with a mixture of incentives, including up to $32 million in job tax credits for actual jobs being created and $32 million in sales tax exemptions on machinery and equipment. A $13.75 million grant was made from the OneGeorgia fund.

QuickStart, part of the Technical College System of Georgia, will assist the company in recruiting and training workers, and has played a major role in other economic development projects.

“Having a good trained workforce is very important in site selection for companies like this. We want Georgia to be a home for Bio-tech industries and Bio-science industries like Baxter and this is a huge step in the right direction for us to do that.” Deal said.

The Atlanta Business Chronicle has an extensive interview with Governor Deal and representatives of Baxter and Department of Economic Development on how the deal came together. That publication also has a longer piece on the significance of the announcement to both the company and to Georgia’s burgeoning bio-pharm industries.

The Covington News discusses in-depth the local impact of the Baxter announcement and local involvement in luring the company, and a story on the office park where Baxter will become the first occupant.

The four-county Joint Development Authority agreed early Thursday to purchase the land on behalf of Baxter from TPA Realty Services, the group that designed the park and has been purchasing the land in installments. The purchase will be made with state grants and the authority will lease the land to Baxter for 10 years, after which the title will pass to Baxter upon payment of a nominal sum, said authority attorney Tommy Craig.

A $1 billion proposal to build a video casino is Gwinnett County that was pitched yesterday to the Lottery Board appears to be stalled.

Georgia Lottery Board ChairmanJames Braswell says even if the board has the power to act on its own it doesn’t plan to without the support of the Governor or the state legislature.

“We believe it’s a public policy decision that a seven member appointed board should not unilaterally decide on its own.”

Governor Deal has expressed opposition to expanding gaming in the state and legislative efforts to back the project stalled during this year’s legislative session.

Georgia has settled a lawsuit challenging the state’s voter registration procedures, subject to approval of the federal district court judge overseeing the case. If approved, the settlement will require the state to allow voter registration when a person applies for public assistance.

Congressman Hank Johnson (D-4) will be challenged by Rockdale County businessman and pastor Courtney Dillard in the Democratic primary. Lincoln Nunnally, also from Rockdale County will join the primary challenge, but his “faux hawk” hairstyle makes him a very long shot.

“Josh is a great young man,” Cain said during McKoon’s noon announcement Thursday on the plaza level of the Columbus Government Center. “He finished his first term in the Georgia Senate, and I’d like to see him go back to the Senate.”

McKoon, 33, has no announced challengers in the July 31 Republican primary.

If he is re-elected to the Senate, McKoon said he will focus again on ethics reform, reducing $4-a-gallon gasoline and introducing a bill to phase out the state income tax.

Currently, McKoon said a lobbyist could walk up to him, hand him the keys to a new car and it would be perfectly legal under Georgia law.

“Demanding honesty in government is not a Republican value or Democratic value,” he said. “It is an American value.”

To reduce $4 a gallon gas, the state senator said he wants the fleet of state vehicles to use compressed natural gas.

“It will reduce demand for gasoline,” he said.

If the state could phase out its 6 percent state income tax, McKoon said it would help hundreds of business owners. If re-elected, he plans to join forces with another lawmaker to change the law. State income tax generates about $9 billion per year but could be reduced in phases.

“I will put the state income tax where it belongs, in the history books,” McKoon said.

In Albany, a former high school principal, Robert Youngblood, will run for the open seat on Dougherty County School Board for District One. Last month, Lane Price announced a challenge to at-large board member Anita Williams-Brown. Districts three and five will also elect school board members, but no challenges have been announced to the incumbent members.

Yesterday, NPR ran a story on Congressmen stalking lobbyists for contributions and today discusses how money can help lobbyists gain access to lawmakers.

Stories from across Georgia

The Georgia Ports Authority announced a record month for freight shipment through the state’s ports with 2.37 million tons shipped. The Port of Brunswick is the nation’s third-busiest port for automotive parts.

Part of the river deepening project for the Port of Savannah will include conserving the remains of the CSS Georgia, a confederate ironclad that sank in the harbor in 1864. A program about the Georgia will be held in celebration of Confederate Memorial Day on April 29th at 2 PM at Westview Cemetery in Augusta.

“A number of the crew members were from the this area,” Young said. “We’ve identified some of them from Jefferson County and from Warren County.”

One of the little known facts about the ship was that its cannons were named for Georgia cities, he said.

“They gave city names to 10 cannons,” he said. “The first one was named Augusta.”

Confederate Memorial Day is officially celebrated in Georgia on April 26.

Conservationists working on preservation of the Hunley, a confederate submarine that also sank in 1864 unveiled the conserved lantern that may have produced the mysterious “blue light” a Union sailor reported.

Charleston, SC Mayor Joseph Riley, Jr. spoke at a fundraiser for the Hale House Foundation in Augusta on Thursday.

Power4Georgians, the private developer of a $2.1 billion coal-fired electric plant announced that Taylor Energy Fund has joined the financing of proposed Plant Washington near Sandersville.

Kia was named Georgia Large Manufacturer of the Year.

Savannah City Attorney James Blackburn will retire after serving the city for 42 years.

Savannah is the 11th best city for hipsters in the nation, with Atlanta placing 32d. The rankings tell you where to find hipster hot spots in the cities.