Rockdale County businessman and pastor Courtney Dillard announced that he will challenge incumbent Congressman Hank Johnson in the Democratic primary for Congress. Dillard will launch the campaign April 23d with a special announcement. According to the Rockdale Citizen:

“In 2012, we have the opportunity to promote a new beginning, new purpose, new people and a new emerging congressional district in America,” Dillard said in a statement Tuesday.

Dillard, a Democrat, announced in January that he was forming an exploratory committee to research a possible bid for Congress. At that time Dillard said he planned to travel the district, which incudes Rockdale, DeKalb and Gwinnett counties, to communicate with voters on problems, goals and solutions.

“I believe we share the same values and desire many of the same qualities of life,” Dillard said in his statement Tuesday. “That’s why I’m stepping up to the challenge. Some of the brightest and the best people in Georgia live, work and do business in the 4th District.”

Dillard garnered 47 percent of the county-wide vote in 2010 when he lost a bid for a seat on the Rockdale Board of Commissioners to incumbent Republican Commissioner JaNice Van Ness.

In illustration of a point I made about bad political websites, here’s what Dillard’s website looks to anyone attempting to view it on an iPhone, iPad or desktop computer that isn’t running Adobe Flash. 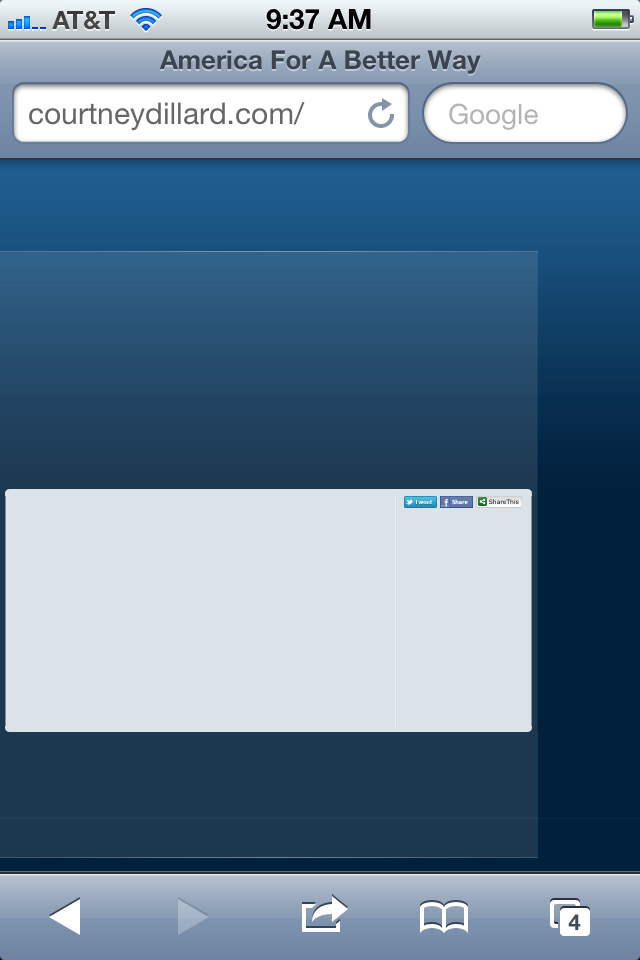